Biostar have officially launched their first Sandy Bridge-E (LGA2011) motherboard, after the previously-leaked TPower X79 made the rounds a few weeks ago. We posted about it last month and now the board has been made official. 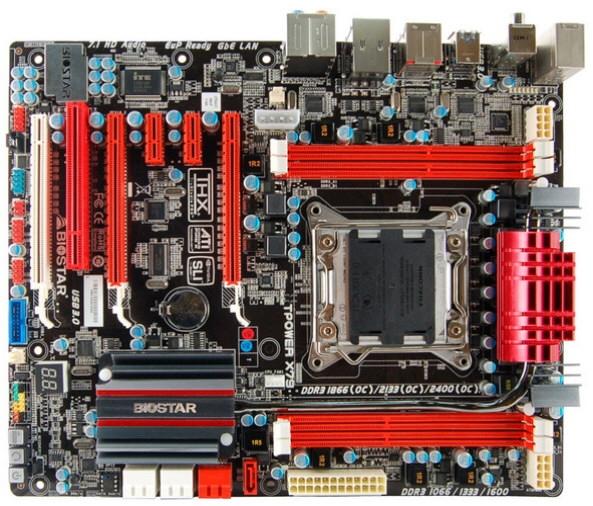 The TPower X79 also sports dual 8-pin EPS connectors, one PCI and two PCIe x1 slots, three SATA 3.0 Gbps and four SATA 6Gbps ports, one eSATA connector, Gigabit Ethernet, six USB 3.0 ports on the back plate, 7.1-channel audio, a debug LED, UEFI BIOS, and on-board Power, Reset and Clear CMOS buttons. The board is aimed at the enthusiast/overclocking market and should be available next month.