We know it's coming, but building the excitement is part of the ride, isn't it? Apple's Asian part supplier believe that Apple is gearing up to release another iPad in just 3-4 months time. According to DigiTimes' sources, iPad 2 production is already beginning to wind down, to allow parts for a new tablet to begin making their way through the supply chain. 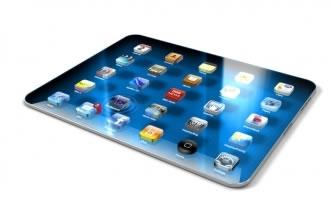 If it were to hit in 3-4 months time, it would launch perfectly in the spring time set by the two previous iPad launches. This news does come with an included pinch of salt, as Apple is quite the sneaky company when it comes to this type of news.

According to Apple's supply chain partners, production of the iPad 3 is expected to include just under 10 million units during Q1 2012. This is an expanded number, that has increased as its thought that most first-generation iPad owners will upgrade to the new iPad when it hits. iPad 2 production is said to drop to 4-5 million for Q1 2012, with the iPad 3 the reason of its declined production.

I really think 2012 will be the year of the tablet. Apple, Google and Microsoft are all going into the ring next year.