While voice command tech is nothing new in this day and age, you have to admit this particular implementation has quite the cool factor associated with it.

Apparently MSI is aiming to role in a new technology called "Voice Activated Motherboard" for select models of their mobo lineup which instantly raises a number of questions about how it would work. 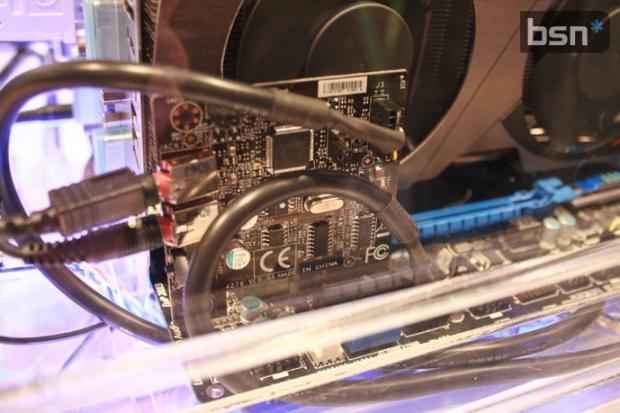 Imagine being able to simply look at your PC, then say a given word (or words) that would have it power on from a halted state, go into suspend, or power down. This is what MSI is looking at doing.

The tech works via a daughterboard comprising a mic/line input and taking up a PCI-E x1 slot; it then connects to a header on select motherboards, some boards of which are already on the market. That header is labelled "JDLED3". 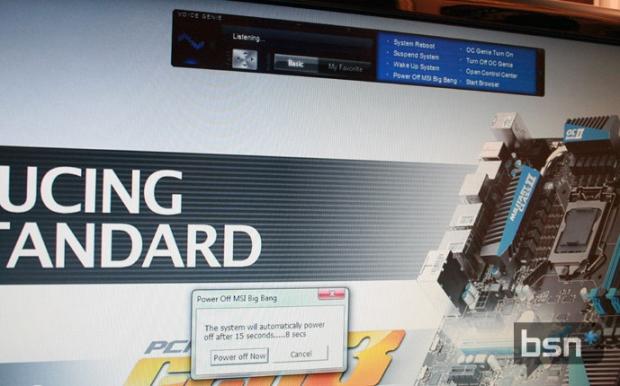 Driving the daughterboard is MSI's Voice Genie software that can be used to set up reliable recognition of your voice as well as setting up the actual voice commands to perform certain tasks.

While MSI hasn't given out too much info on it as yet, it has mentioned that this accessory will come in at a "more than affordable" price.