Telstra have announced today that they are launching their 4G/LTE (Long Term Evolution) technology on August 29, ahead of the national launch of 4G-based services expected later this year. Telstra switched on its first 4G base stations back in May based on the LTE technology. 2000 Telstra USB 4G mobile broadband modems would be made available to business and enterprise customers who live in Melbourne, Sydney and Brisbane from August 29. 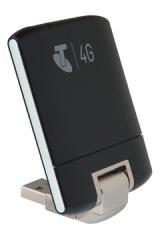 Thodey has been quoted:

Telstra's 4G-enabled network is the next generation in mobile broadband and is set to offer Australians an even faster mobile connection. The commercial pilot will give some of our customers a taste of the faster speeds, greater capacity and quicker response times that can be available for mobile services on 4G ahead of our national launch in major capital cities and selected regional centres later this year.

Australian businesses already tell us they want fast, reliable mobile broadband with more than two million customers connecting to our network for internet on the go. Our investment in next-generation 4G mobile technology will help meet Australia's growing demand for faster speeds and create additional capacity in our network.

Telstra's first 4G product, the Telstra 4G USB, will sport dual mode 4G/3G HSPA technology which enables it to operate across the 1800MHz and 850Mhz spectrum bands, giving customers the benefit of 4G connectivity where available and switchover to high-speed HSPA technology across the Telstra Mobile Network which reaches 99-percent of the Australian population.

The Telstra USB 4G will be available initially to account managed business customers. It can be purchased in conjunction with a range of plans including for $0 upfront on the $49 Telstra Mobile Broadband Standard Plan over 24 months (minimum total cost $1,176) with 7GB included data. It will be available from 29 August through Telstra Business and Telstra Enterprise & Government account managers.