Alongside the likes of ASUS, MSI and ECS, ASRock have also launched their first Llano optimized A75 chipset motherboards ahead of the official APU launch in just a few days.

The particular boards ASRock have first let out the gate include their top-of-the-line option in the A75 Extreme6, as well as the A75 Pro4 (also a full ATX sized board) and three mATX boards in the A75 Pro4-M, A75M and A75M-HVS. 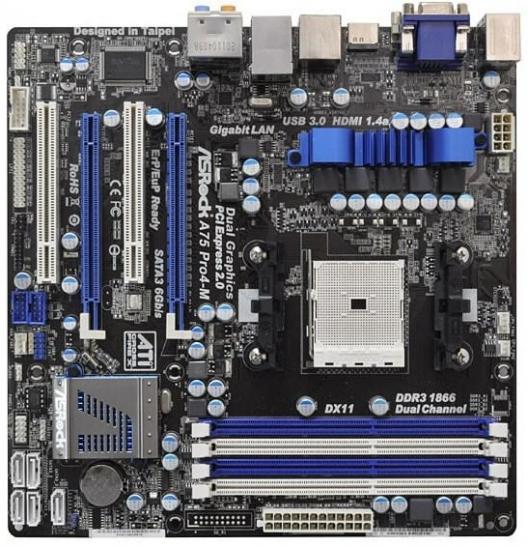 All boards of course carry support for FM1 APUs, have two or four DDR3-1866 RAM slots, and between five and eight SATA 6.0 Gbps ports depending on the board. All boards carry four USB 3.0 ports (boasting ASRock's XFast USB technology) with the exception of the Extreme6 which has six ports. Both D-Sub and HDMI outputs are resident on all models. 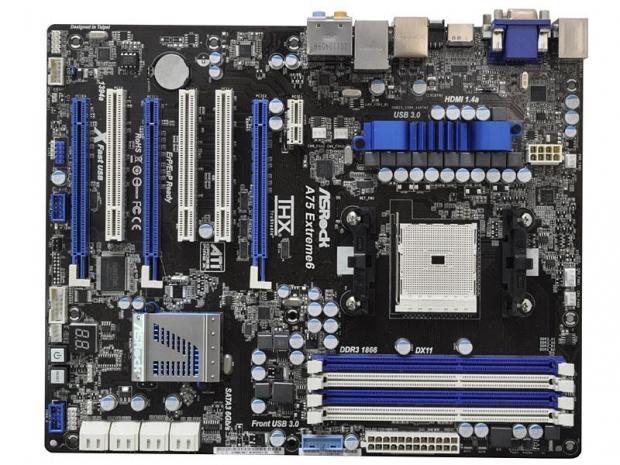 The premium A75 Extreme6 model sports an 8+1 phase power design along with three PCI-E x16 slots for a x8/x8/x4 configuration. In comparison, the A75 Pro4 and A75 Pro4 models have a 4+1 phase power setup with two PCI-E x16 slots (x16/x4). Support for both CrossFireX and Dual Graphics (the pairing of the APU's IGP with a discrete card) is also intact.

ASRock plans to have these boards hitting shelves by the end of next week to ensure availability for when the A-Series desktop CPUs from AMD hit town.