In the video below we see an Android 2.3 tablet; they call it the 3D CELL reference tablet which is based on Texas Instrument's OMAP 4 platform technology. It is purely just used to enable the demo of the 3D UI interface from Rightware. Basically to explain it quickly, Rightware add their UI over the top of Android with a new home screen and other cool screens to allow flip style access to your apps and so on.

The UI will work basically on any device that supports OpenGL ES API, it will work. Tero Sarkkinen, CEO of Rightware, told us that it will not require a high powered processor because of the hardware acceleration provided through OpenGL supported devices. 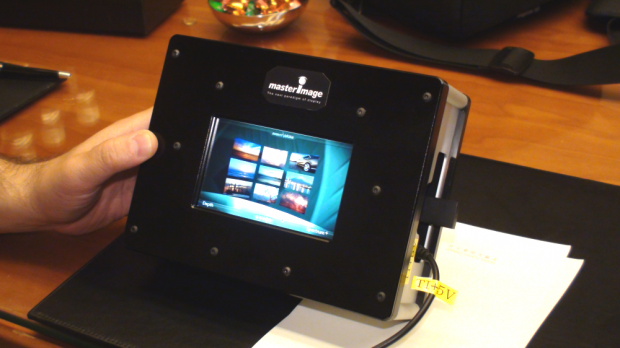 You will see this technology go into vehicles from Audi and if all goes to plan from this joint venture, you should see everything from tablets to smartphones implementing Rightware's 3D UI late this year or sometime next year.