All NewsBusiness, Financial & LegalCases, Cooling & PSUContests & GiveawaysCPU, APU & ChipsetsDealsDisplays & ProjectorsGamingMotherboardsScience, Space & RoboticsStorageVideo CardsVirtual & Augmented Reality
All ReviewsAll ArticlesAudio, Sound & SpeakersCases, Cooling & PSUCPUs, Chipsets & SoCsComputer SystemsDisplays & ProjectorsGamingMotherboardsNetworkingPeripheralsRAMStorageVideo Cards
GuidesGamingAsk the ExpertsNewsletterAboutForums
RTX 3090 TiRTX 4090Diablo 2GTA 6Halo InfiniteElon MuskRTX 3080HDMI 2.1
Mobile Devices
Google's Wallet has finally been unveiled, with Google saying "Your phone will be your wallet". This is what Google Wallet and Google offers will be capable of, by combining payments and deals into one package. It's the future of paying for things, really. Google Wallet is not a single thing, it's a cake mix of multiple products rolled into a single thing. It's an Android app, it's a way of paying for things with credit or debit cards by using your phone. 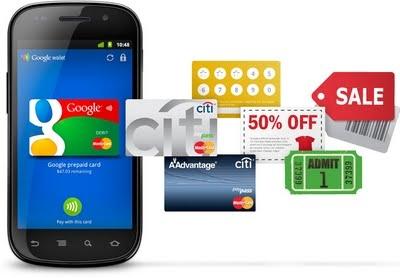 It's a coupon collector and loyalty card system, it's another way for merchants to let you pay and offer up deals. It has tentacles into other Google services such as Shopper and Google Offers. The core technology uses wireless NFC and more specifically, MasterCards's PayPass system, so you'll be able to use it anywhere that offers PayPass.

At the moment, Citi's the sole banking partner with Sprint as the carrier partner. At the moment, you're limited to a single phone and credit card for the full Google Wallet experience. Only a Nexus S 4G and Citi MasterCard will give you the "full" experience, although you can fill up the Google pre-paid card that comes with every wallet using any credit or debit card. Google are saying that GoogleWallet is "more secure than your wallet", well I don't know about that, my wallet gets my ass-time than my chair.

The reasoning behind this is that Wallet never displays your full credit card details, it requires a PIN to access and the data is encrypted. If you lose it, the cards can be de-provisioned over-the-air which is quite the feature. There's a fair amount of security built into the phone's NFC chip (which stores and transmits the credit card info). Such as, the NFC antenna is turned off when the screen is off - this means it's completely secure in your pocket again "laser-attacks" (pew pew).

More info at the source, just watch out for those pew-pew lasers.
NEWS SOURCE:gizmodo.com.au