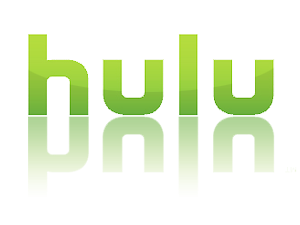 Hulu Plus on Xbox LIVE Key Features:
More TV from Hulu Plus, Together with Xbox LIVE. With the Hulu Plus subscription service on Xbox LIVE, instantly watch your favorite TV shows from ABC, Comedy Central, FOX, NBC, MTV, and more on the biggest screen in the house, in HD and controller-free.

Always Something New to Watch. Hulu Plus offers hit TV shows and classic movies anytime in HD. Instantly stream any current season episode of top shows like Modern Family, 30 Rock, The Daily Show with Jon Stewart and many others. Catch up on full back seasons on series including Lost, Chapelle's Show, and Battlestar Galactica, or explore hundreds of acclaimed movies from The Criterion Collection.

TV. Movies. Hits. Classics. All in One Place. Stream episodes from many of TV's greatest shows, enjoy full current seasons of your favorite shows, catch up on past seasons or explore series you missed. With one seamless subscription, watch all of your favorite entertainment on Xbox LIVE and all Hulu Plus supported devices.

Quality Streaming on the Biggest Screen in the Home. Xbox LIVE automatically detects your bandwidth connection, and adjust on the fly to give you the best playback experience available.

Your Voice Becomes the Remote Control with Kinect. You'll be able to play, pause, fast forward and rewind the movie or TV show you are watching with voice or gesture commands. You'll also be able to select movies and TV shows recommended for you by Hulu through the Kinect Hub.