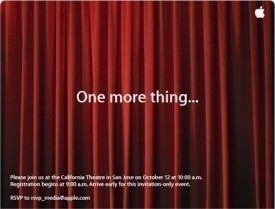 It should also include a front-facing camera which would come hand-in-hand with Facetime support. There are also other rumors that the iPad 2 will include Qualcomm's multimode chips that will allow it to run on both GSM and CDMA-based networks around the world. Apple will face fierce competition this time with Google's Android OS powering virtually all other tablet-based products.

Yes, Apple sold 15 million iPad's since it has gone on sale, but nearly all kings are eventually dethroned. This is only good news for tech-fans, as it causes increased competition and more product offerings and in a tech world now virtually dominated by Apple, this is only a good thing.
NEWS SOURCE:kara.allthingsd.com