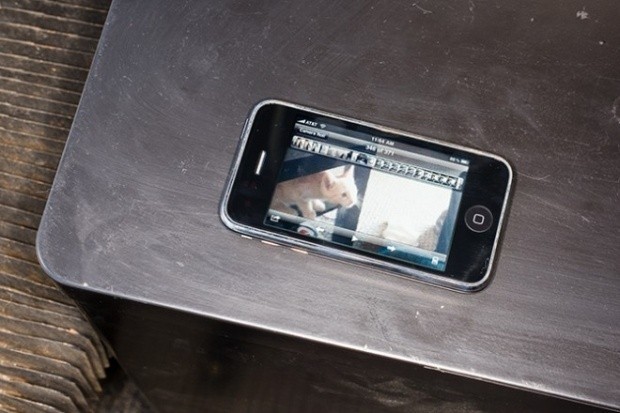 Although Apple's next iPhone operating system is at least a month away from release, Wired.com got a hands-on peek at the latest beta and found some interesting goodies that have not been officially announced.

Most notably, the iPhone OS 4 beta 3 software includes a brand new iPod widget and a file-sharing feature that was previously exclusive to the iPad. (These features were previously reported by Boy Genius Report.)

Other new features we tested were those on display during Apple's recent iPhone event: multitasking, folders, universal e-mail, wallpaper and camera zoom. Taken together, they paint a picture of an operating system that is well on its way to a major upgrade, one that will greatly increase the usability of Apple's growing family of iPhone OS-based devices.

The iPhone OS is Apple's mobile platform, which powers the iPhone, iPod Touch and iPad. After releasing the iPad, iPhone OS 4 will be Apple's next move to do battle in an increasingly competitive mobile landscape. Currently, Apple's biggest rival is Google's Android OS, and upcoming contenders include Microsoft's Windows Phone 7 and HP, which recently acquired Palm.

Apple has said the iPhone OS 4 upgrade will be available this summer for iPhones (3G and 3GS models) and the third-generation iPod Touch, and in the fall for the iPad. (The older iPod Touch devices and the first-generation iPhone will not support the OS.)

Apple has released previous iPhone OS upgrades during its Worldwide Developers Conference in years past. Apple's upcoming WWDC kicks off June 7, so expect the official upgrade to become available for download around then.