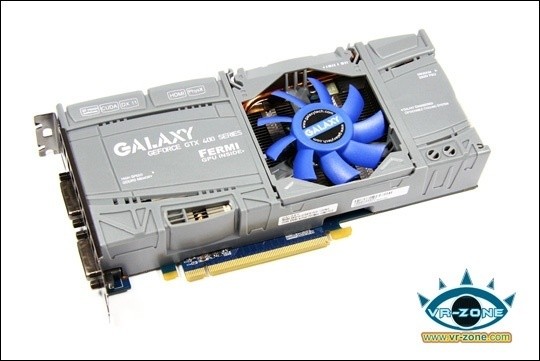 GALAXY calls this the GTX 470 GC and not only is the aftermarket cooling solution a standout, but the PCB itself has also been modified by GALAXY; a blue PCB which is 0.5" shorter than the reference design and re-locates the two 6-pin PCIe power connectors to the rear section of the card. 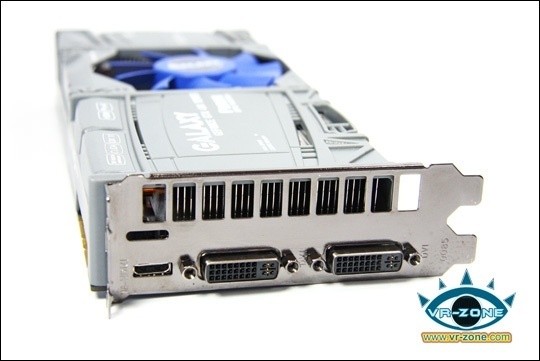 The cooler itself is unique to other aftermarket coolng solutions not only aesthetically, but by design with an innovative detachable fan setup that allows one to easily remove it for cleaning along with easier access to clean the heatsink under it. The large aluminum fin array spans across the entire card. 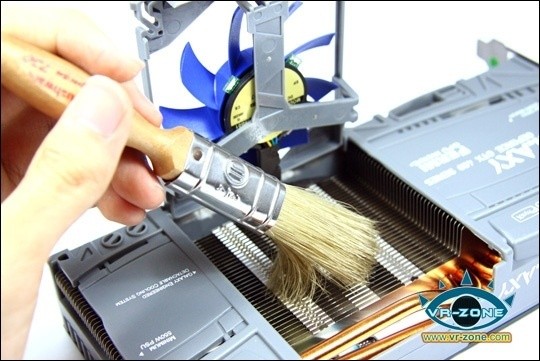 Of course, it goes without saying the card comes with higher than stock clockrates out of the box. The core has been clocked up to 625MHz, whilst the shader moves up to 1250MHz and the memory up to 3348MHz effective. 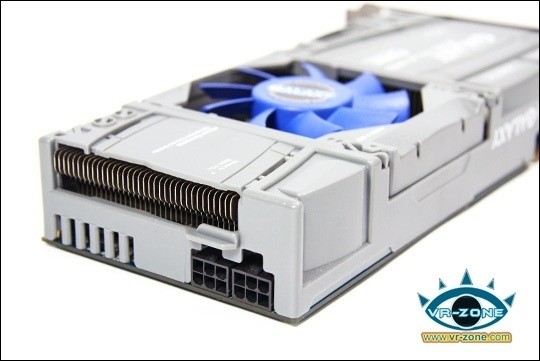 The folks at VR-Zone were lucky enough to get a fully boxed sample for a brief preview and along with providing a good amount of info and photos of the card, also took the time to run some noise and performance tests on the cooler itself to see how well it fares in keeping temps and noise down. 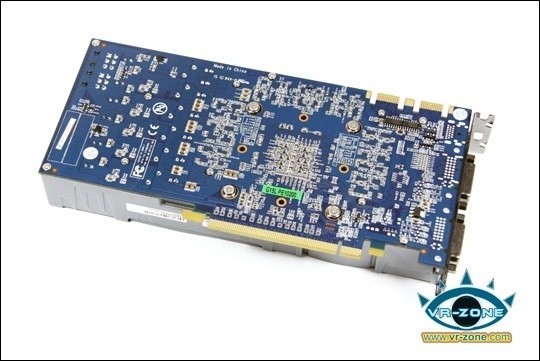 The GTX 470 GC Edition from GALAXY is due to hit retailers and etailers anytime now. Pricing is unknown.
NEWS SOURCE:vr-zone.com
Newsletter Subscription