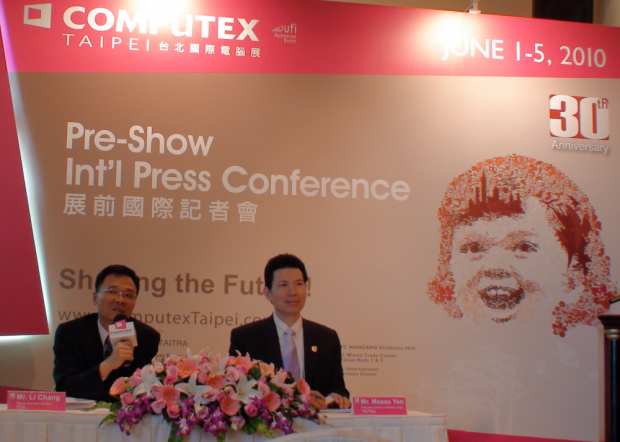 Mr. Yen, executive director of TAITRA, commented that the 30th annual trade show to be held from June 1st through till the 5th is expected to see even higher attendance numbers due to a larger confidence in the ICT business compared to this time last April. He also noted in his speech that it is expected that more than 42% of international buyers will come from mainland China, noting that previously disallowed direct flights between the mainland and Taiwan have assisted those numbers. 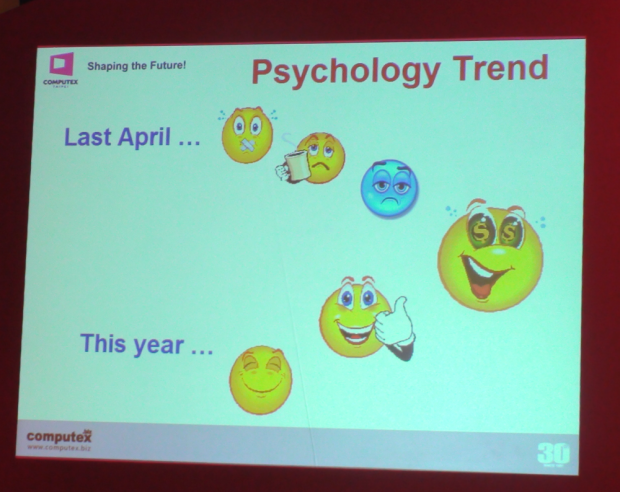 Press gathered at the event were told that the technology trends for Computex Taipei 2010 are cloud computing, 3D displays, Google Android and e-reader devices. Yen commented that we could expect to see many (product) surprises from Taiwanese companies at this year's show in these product categories.

TAITRA only expects Computex to grow in future years due to strong local exhibitor interest. We were told that no less than 300 local companies are on the waiting list, which is expected to provide that future growth. It was all smiles and hopefulness during the press conference event for all of the organizers involved in putting on the show, in some contrast to other similar trade shows around the world (such as CES and CeBIT), which are seeing dwindling numbers.

See you in June, Computex!