All NewsBusiness, Financial & LegalCases, Cooling & PSUContests & GiveawaysCPU, APU & ChipsetsDealsDisplays & ProjectorsGamingMotherboardsScience, Space & RoboticsStorageVideo CardsVirtual & Augmented Reality
All ReviewsAll ArticlesAudio, Sound & SpeakersCases, Cooling & PSUCPUs, Chipsets & SoCsComputer SystemsDisplays & ProjectorsGamingMotherboardsNetworkingPeripheralsRAMStorageVideo Cards
GuidesGamingAsk the ExpertsNewsletterAboutForums
RTX 3090 TiRTX 4090Diablo 2GTA 6Halo InfiniteElon MuskRTX 3080HDMI 2.1
Storage
CES 2010 - Although the event is actually over this does not mean we are finished telling you about what we saw out there. Something that is of interesting to those of you looking for the fasted SSD (SATA II style) that you can find is the new Patriot Inferno drive. According to Patriot this drive is capable of up to 245MB/s sequential read speeds and up to 152MB/s Sequential writes. Of course random reads and writes are not going to be as fast but they are still up there with speeds reaching 198 MB/s read and 91MB/s write for 512k files. 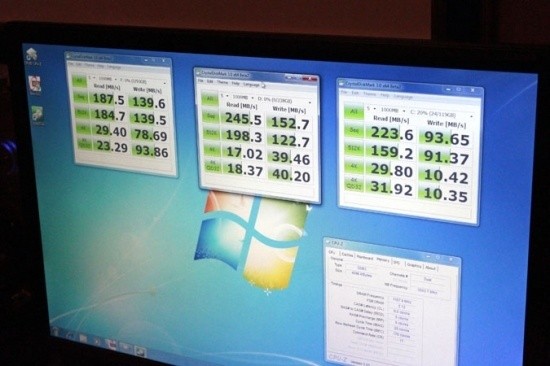 The mockup of the drive was also impressive looking, but we were told that Patriot was not sure if they would keep the red casing or not.

As it is Patriot's 25th anniversary we were also shown some RAM samples that were branded with the 25 year logo. These were cool in a very understated way which is nice as many companies go overboard when they pass an important milestone like 25 years. 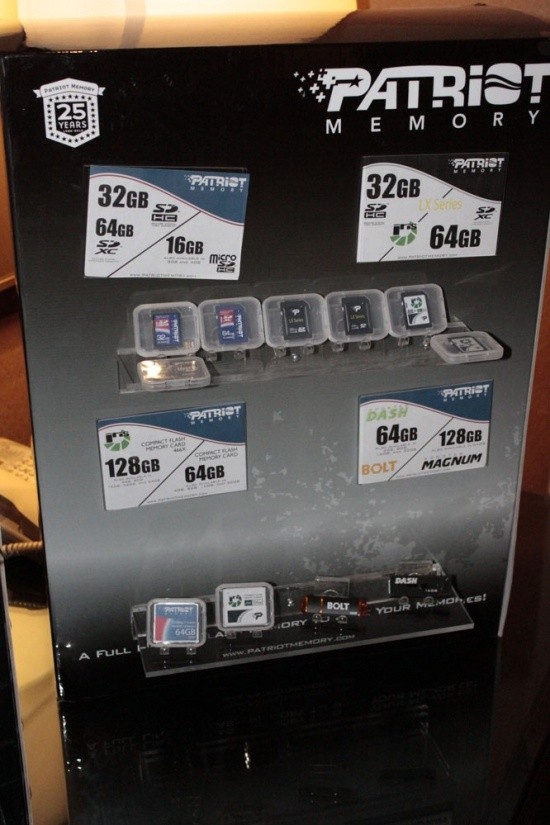 Other products on display at the Patriot suite included their line of Flash memory cards and their Box Office media player. We did not have a ton of time to go over everything, but did find out that Patriot has some new and interesting things in store for the Box Office in an upcoming firmware. Unfortunately they were unable to tell me when we might see this update, but it is certainly something to look forward to.
Newsletter Subscription