Dubbed the M4A89GTOD PRO, the board supports 2-way CrossFireX (x8 / x8) discrete graphics, but also has an integrated DX10.1 compliant IGP (DX11 would have been nice, when's that coming AMD?). 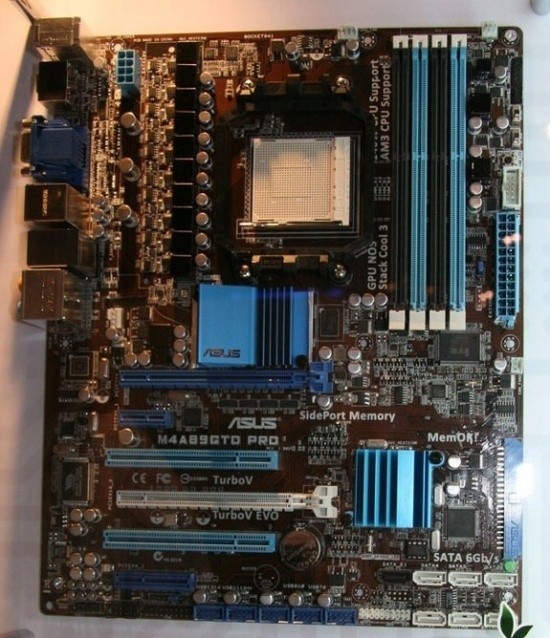 The feature-set on this board is very nice thanks to the AMD SB800 Southbridge. This is potentially the first motherboard chipset that gives native SATA 6Gb/s support with the ability to control up to six of them (which the M4A89GTOD PRO makes full of). Further to those six ports is another (black) SATA 3 Gb/s port, an IDE port and an eSATA port which is controlled by an external JMicron storage controller.

The AM3 CPU socket is given a 5-phase VRM and there's four DDR3 DIMM slots for dual-channel memory support. Other features include a VIA made 8+2 channel HD audio codec with optical S/PDIF support, FireWire, a bunch of USB 2.0 ports (hmm, USB 3.0 please) and both DVI and D-Sub display connectivity for the IGP.

Whilst not confirmed, rumour has it the board will surface a bit later in the year, likely sometime during Q2.
NEWS SOURCE:f1cd.ru
Newsletter Subscription