The GeForce 310 is positioned to directly replace the older 210 model as a replacement for systems limited to slow integrated graphics. As such, specifications aren't anything to wow yourself over with a 64-bit memory bus and 16 processing cores. Stock clockspeeds come in at 589MHz for the core and 500MHz on the 512MB of DDR2 memory.

Despite the lowly specs, the card is still said to be quite capable for most desktop tasks including the ability to fully accelerate 1080p video in hardware and make good use of NVIDIA's CUDA or PhysX technologies. 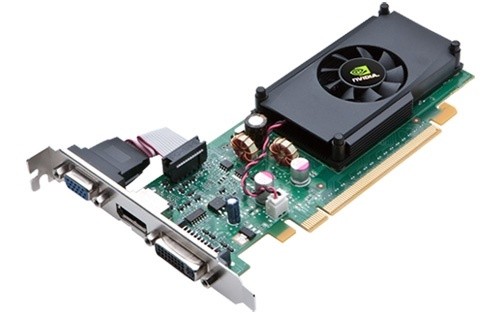 The reference model from NVIDIA indicates good connectivity with DisplayPort, DVI and VGA connectors (with HDMI also being possible by means of an adapter).

We're not yet sure when the GeForce 310 will become readily available on the market, but in any case, it's said to be aimed more towards pre-built computers rather than a stand-alone upgrade.
Newsletter Subscription