All NewsBusiness, Financial & LegalCases, Cooling & PSUContests & GiveawaysCPU, APU & ChipsetsDealsDisplays & ProjectorsGamingMotherboardsScience, Space & RoboticsStorageVideo CardsVirtual & Augmented Reality
All ReviewsAll ArticlesAudio, Sound & SpeakersCases, Cooling & PSUCPUs, Chipsets & SoCsComputer SystemsDisplays & ProjectorsGamingMotherboardsNetworkingPeripheralsStorageVideo Cards
GuidesGamingAsk the ExpertsNewsletterAboutForums
Windows 11Halo InfiniteBattlefield 2042Elon MuskGTA 6RTX 3080HDMI 2.1Bitcoin Mining
Business, Financial & Legal
NVIDIA's Tegra is looking pretty good right now. First it manages to land in Microsoft's Zune HD player. This iPod Touch competitor has been doing great so far with many stores reporting that they are sold out of them and waiting for stock. This is good for both Microsoft and NVIDIA. For MS it shows that they can compete in the Apple centric PMP market. For NVIDIA it shows that Tegra is a viable product and one that is capable of doing the job in a small package.

Now we hear that Nintendo is planning to drop Tegra (either the current or next gen version) into their new DS portable game player. This is great news and one that is sure to push the Tegra towards the 50% company revenue goal that NVIDIA CEO, Jen-Hsun Huang talked about earlier this year.

The news comes from multiple sources and seems to be close to the mark. Of course neither NVIDIA nor Nintendo are commenting on this as of this writing but our sources also confirm this and say that we should see quite a few more items with Tegra under the hood, including SmartPhones, Netbooks, SmartBooks and more. Some of these devices have already reached internal testing by different providers. This means we could see even more Tegra based products alone with the Nintendo DS next year. 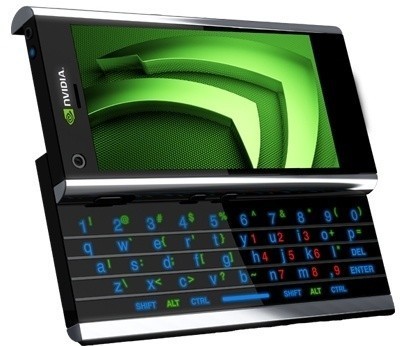