Intel has always followed a tick-tock schedule. In this way each CPU design gets to run on two separate Processes while each Process will see a new architectural design. SandyBridge is the new design for 32nm.

The new CPU will feature more integration including an integrated graphics chip. So far SandyBridge has only been taped out, but they still expect it to reach production grade by 2011. SandyBridge should maintain the 1156 Socket used by the upcoming i5 CPU. 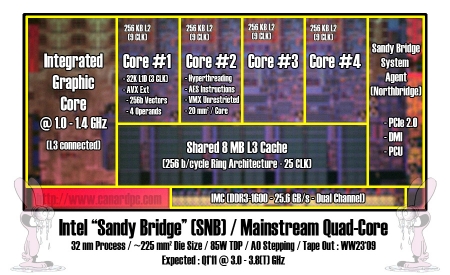