We have found some screen shots of the latest build of Microsoft's next OS. This build it 7127. Meaning it is much newer than the RC1 that people are running right now (including me).

There is not much to see that is new but still it there are some nice shots of the OS and its features. 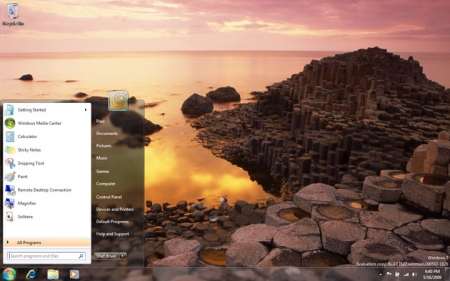 After Microsoft had published the Release Candidate of Windows 7 it took longer than usual before screenshots of a new Build were delivered. But Paul Thurrott, specialist for Windows and operator of Supersite for Windows, published new material. The screenshots show Windows 7 Build 7127, but new features or big changes are not visible. So enhancements are rather located beneath the colorful user interface. We nevertheless don't want to keep the screenshots from you.