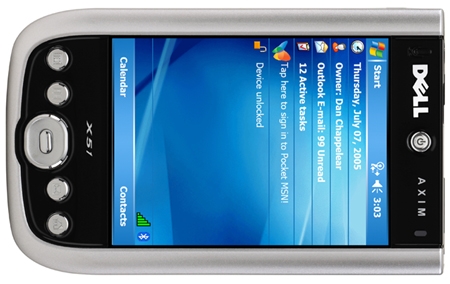 Dell said, "It is true that we are exploring smaller-screen devices. We don't have any announcements to share today, but stay tuned as when we have new news we will share that with you." The problem seems to be that all the prototypes they have had so far have had a "lack of differentiation" with "current and upcomming products."

The good news is that Dell is working on both Windows Mobile and Google Android solutions. As Android is relatively new to the market still, hopefully they can come up with something promising.

Rumors have been flying around claiming that Dell was looking to get into the smartphone or MID market. In late January, many expected Dell to unveil its smartphone at the GSMA Mobile World Congress, but those plans never materialized.

Dell said, "We already have agreements with many mobile carriers around netbook devices, so it wouldn't be unreasonable to expect that we would have smaller mobile Internet devices or smartphones in the future."