This does not make it a certainty but it would make it more likely. As Digitimes claimed Apple will be using touch screens from Wintek and Quanta will build them.

While none of the companies would comment on this news it does seem rather odd after Steve Jobs made his statement "we don't know how to make a $500 computer that's not a piece of junk." That Apple would build a netbook.

This could mean that it will still be a cheap product with the usual Apple price tag or it could simply mean that all the fuss is over a different product altogether. 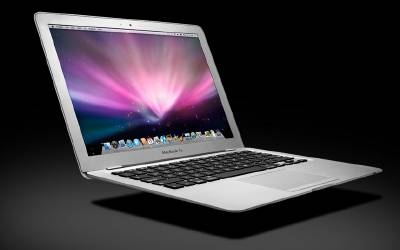 Apple's entry may come in what is expected to be a very tough year for computer sales. Desktop-computer shipments in particular are expected to fall by nearly one-third globally in 2009 as consumers increasingly shift to laptop computers, according to projections released by research firm Gartner Inc. earlier in March.

While netbook computers have become a major sales driver for computer companies, Apple Chief Executive Steve Jobs last year dismissed netbooks, even going so far as to suggest Apple's third-generation iPhone - a smartphone device that offer multifunctions - could serve as a netbook. Jobs told analysts in October Apple isn't "tremendously worried" the slump will drive customers to less-expensive PCs and added, "we don't know how to make a $500 computer that's not a piece of junk."