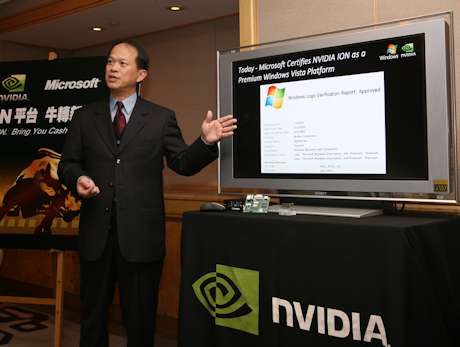 The ION platform running an Intel Atom 230 processor at 1.6GHz gained Windows Logo Verification approval as a desktop system on both x86 and x64 Windows Vista operating systems. NVIDIA also today announced that it released its first ION Windows 7 BETA drivers, but we couldn't find them online - they are probably hiding somewhere. 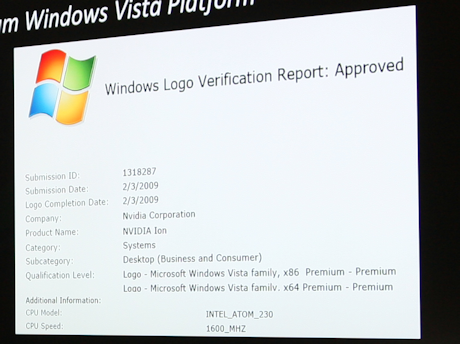 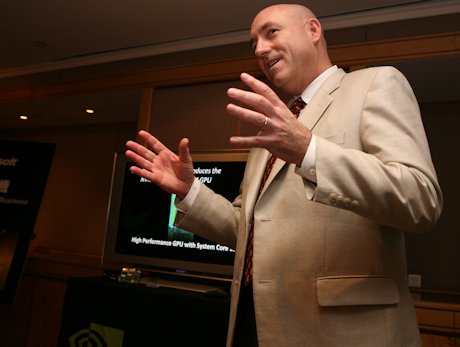 When asked why NVIDIA had not decided to go with either an AMD or VIA processor for ION, the answer was that Intel's Atom had already gained brand recognition and that it would allow NVIDIA to penetrate this market place quicker. Drew Henry did not rule out the possibility of later seeing AMD ION solutions, saying that AMD has a great processor, but not a very good chipset in the 690E. Likewise with VIA, Henry said that NVIDIA should support VIA products in the future. 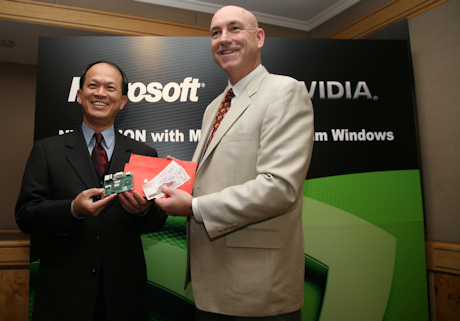 In Q&A time, Drew Henry and Rene Haas from NVIDIA both were questioned about ION battery life performance and nearing the end of the session, Henry claimed that ION would see 10 times the graphics performance of current small notebooks, but with the same battery life. Henry refused to call the ION a product for netbooks, claiming that today's netbooks are just cheap notebooks. He reckons real "netbooks" should be measured in days of battery life, not hours.