All NewsBusiness, Financial & LegalCases, Cooling & PSUContests & GiveawaysCPU, APU & ChipsetsDealsDisplays & ProjectorsGamingMotherboardsScience, Space & RoboticsStorageVideo CardsVirtual & Augmented Reality
All ReviewsAll ArticlesAudio, Sound & SpeakersCases, Cooling & PSUCPUs, Chipsets & SoCsComputer SystemsDisplays & ProjectorsGamingMotherboardsNetworkingPeripheralsRAMStorageVideo Cards
GuidesGamingAsk the ExpertsNewsletterAboutForums
RTX 3090 TiRTX 4090Diablo 2GTA 6Halo InfiniteElon MuskRTX 3080HDMI 2.1
Video Cards
Now that the 9.1 Catalyst drivers have been released, german website ATI Forum has dug into the driver information to see what they can pluck from it in the way of future plans; what they discovered is that the world's first 40nm GPU (codenamed RV740) will come in the form of not one, but two SKUs, now known as the Radeon HD 4730 and HD 4750. 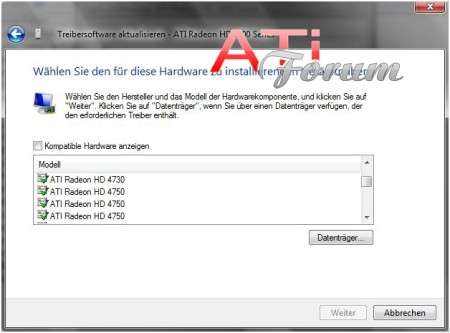 Although the device strings throughout the information files show as "RV630", this is just redundant code and is not relevant, unlike the rest of the strings which give the clear picture. The few supposed specs we have seen thrown around are a 128-bit wide GDDR5 memory interface (a mainstream first with GDDR5 memory) and 640 stream processors.