HyperFast is a specifically designed application designed to optimize the performance of SSDs on Windows operating systems. They key benefits are said to be faster performance, longer lifespan and avoidance of operating system / SSD design incompatibilities.

But how does it do all of this? Using InvisiTasking processing technology, which works transparently in the background (no scheduling!), HyperFast creates and maintains optimized free space, increasing the controller's ability to write sequentially and thereby enormously increasing the peak speed and life of the SSD, according to the company. 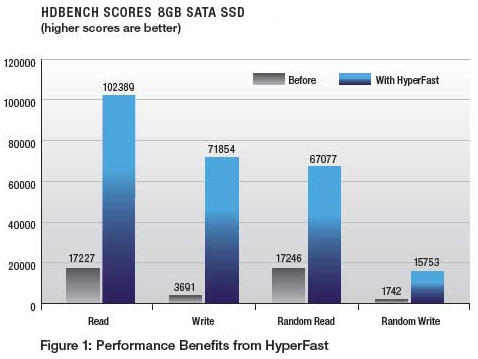 You can read more over here. I'm going to attempt to get a copy and run some tests and see how it goes.