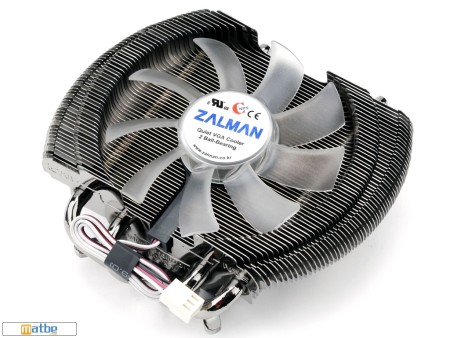 The folks at Zalman have really put their heads together when designing this product; the VF2000 LED is natively a GPU cooler, but some additional retention modules also allow it to be used to cool CPUs (including LGA775 and AM2/AM2+/AM3 sockets). 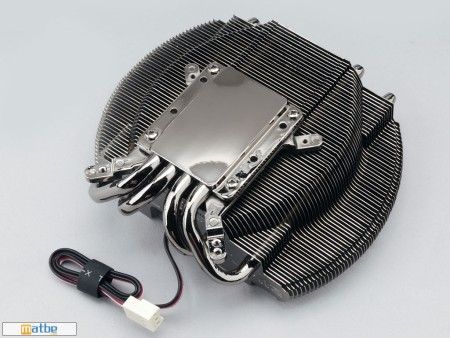 Dimensions of the cooler come in at 126x110x45mm with a weight of 290g. Four heatpipes are used to help transfer heat away from the block to the aluminum fin array and a 90mm PWM blue LED fan is nestled into the top of the cooler in typical Zalman fashion. 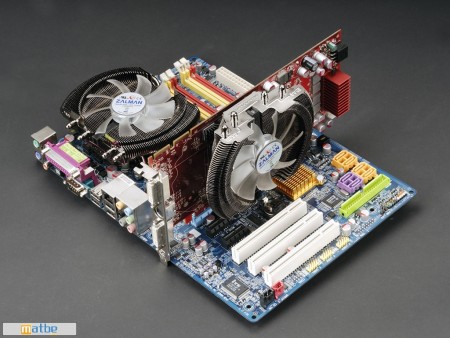 It has been noted, however, that when using the VF2000 LED to cool a CPU it is recommended the CPU's TDP be rated below 110W, implying it doesn't have the performance to keep temps down when overclocking either. But given its slim and near silent profile, it would be a good option for a low-profile PC or HTPC.

You can view all the shots of it from varying angles over at Matbe.com.

We're not certain of a launch date or its MSRP, but it's clear it isn't too far away now.
Newsletter Subscription