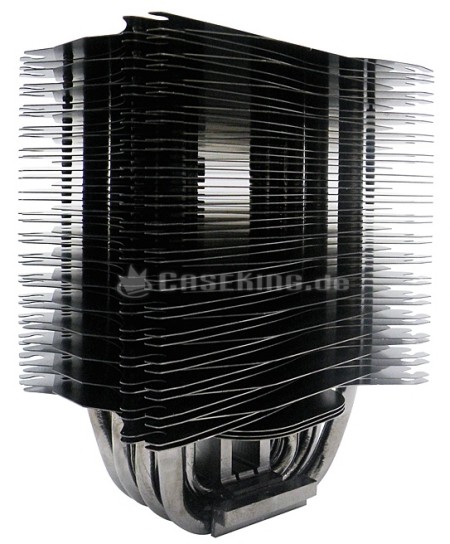 The heatsink measures in at 120 x 50 x 159 mm with a weight of 500 grams. The base of the cooler is nickel-plated and the aluminum fin array has the fins positioned in a special offset pattern which is said to help reach a bigger surface area without increasing the overall dimensions of the cooler. 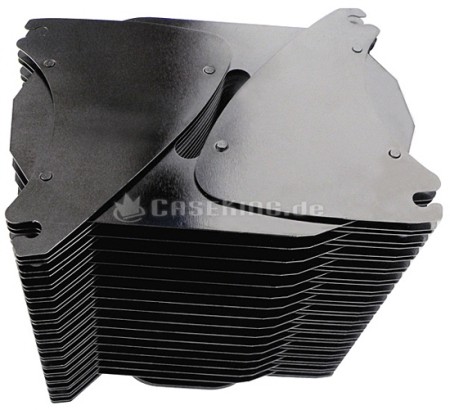 But what's most impressive about this cooler is the use of seven heat-pipes. Four U-shaped 8mm ones in a Heatpipe Direct arrangement (meaning they physically touch the CPU) and three more U-shaped 6mm heatpipes sitting above them.

You can mount one or two 120mm fans to the Thor's Hammer. The cooler is compatible with all current CPU sockets (including LGA-1366) and pricing comes in at 56.90 Euro. 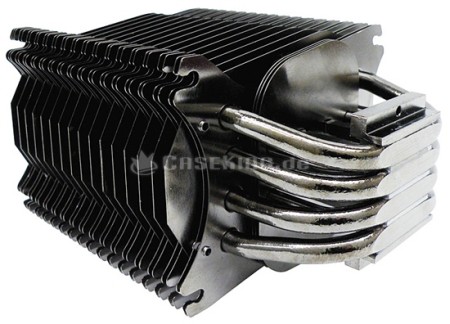 Although this is just a paper launch, we've actually been given rights to take a good look at this impressively designed cooler and are excited to be bringing you an exclusive preview of it within the next few days. So keep an eye out for it folks!
Newsletter Subscription