All NewsBusiness, Financial & LegalCases, Cooling & PSUContests & GiveawaysCPU, APU & ChipsetsDealsDisplays & ProjectorsGamingMotherboardsScience, Space & RoboticsStorageVideo CardsVirtual & Augmented Reality
All ReviewsAll ArticlesAudio, Sound & SpeakersCases, Cooling & PSUCPUs, Chipsets & SoCsComputer SystemsDisplays & ProjectorsGamingMotherboardsNetworkingPeripheralsStorageVideo Cards
GuidesGamingAsk the ExpertsNewsletterAboutForums
RTX 4090Windows 11Halo InfiniteBattlefield 2042Elon MuskGTA 6RTX 3080HDMI 2.1
Software
With the new Windows 7 Public Beta now being freely distributed to millions of people until Jan 24 when they pull the plug, Ars Technica has provided a full insight which talks about its features, progress and overall characteristics which should help many of you determine whether or not you'd like to grab a copy yourselves and give it a whirl. 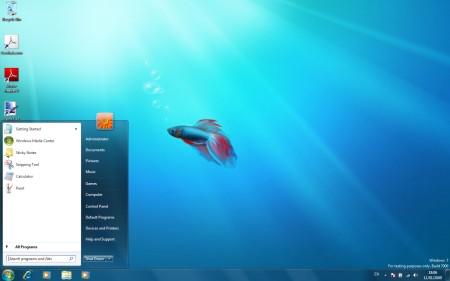 The full review can be located here.

Last week's CES saw the announcement of the much anticipated public beta of Windows 7, with 2.5 million license keys promised to beta testers on Friday. Friday arrived, and as is now well-known, Microsoft's servers melted under the load. The key generation is now more or less working, and the 2.5 million limit has been scrapped, so it's time to take a look at what's on offer.

The first public sightings of Windows 7 were at Microsoft's PDC developer conference in October last year. The lead-up to PDC was unusually secretive, with Redmond giving little away about what Windows 7 would actually contain when it shipped, in contrast to the extremely public lead-up to Windows Vista's release. The covers came off at PDC, with the star of the show being Windows 7's new taskbar. Unfortunately, the build that was given out to PDC attendees lacked the new taskbar, so the one feature we all wanted to play with wasn't actually available. The public beta, build number 7000, finally gives us the new shiny taskbar. If all goes well, this will be the only beta Windows 7 gets; a Release Candidate should land some time around April, going RTM in July, and hitting retail two to three months later.