The two models include ASUS' N81Vp and N51Tp and along with leveraging the latest in GPU technology, they also include other advanced features in the way of efficiency with the use of the Super Hybrid Engine (SHE) being said to preserve battery life by up to 35% more than standard notebooks running identical specs. The built-in Express Gate operating system is also implemented along with ASUS' SmartLogon facial recognition system. 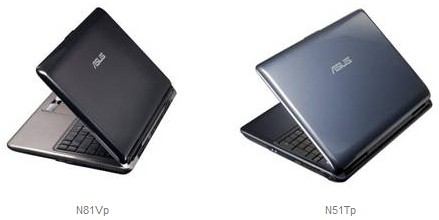 Briefing over the Mobility Radeon HD 4600 series GPUs, these are DX10.1 based which offer performance closely equivilent to HD 3850 desktop models. You can read full details about the new Mobility series of GPUs here.

ASUS official PR on the new N series notebooks can be found here.