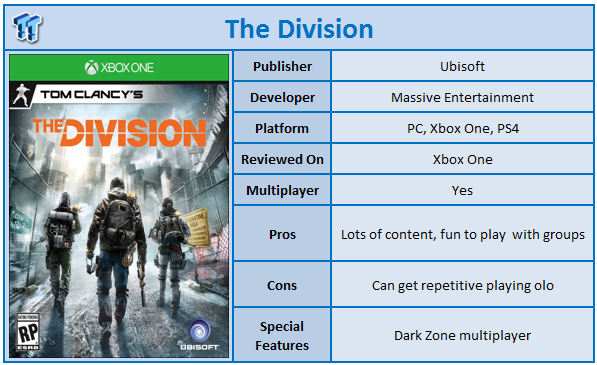 To say that The Division had an interesting unveiling a few years back is quite the understatement. One of the first games to use Tom Clancy's name without having a book or anything from the author behind it, it was unveiled to the press during E3 and people came away with mixed feelings. The game itself looked impressive but perhaps the most memorable part was the cheesy, scripted dialog that the players were saying. It was this in many ways that kept The Division from building the hype train.

As the release timeframe became closer, people began to worry that another delay was on the cards, however with the recent BETA test, it became very apparent that The Division may just turn out to be something special. With the final game here, the hype train has reached its peak, but has The Division avoided the mistakes Destiny made with its lack of content?

The Division is set in New York just after Black Friday. Terrorists have laced currency with a toxic substance, designed to infect and kill anyone that comes into contact with the notes. Aptly name the Dollar Flu, it rapidly spreads throughout the region to the point where the US government quarantines New York to try to contain the outbreak. This is where you come in as a specialist from The Division, a special forces team which are the best of the best, sent in when things look their bleakest. It is up to you to arrive in New York and establish your base of operations, at the same time as taking out the gangs which have cropped up, and investigating the disease attempting to help scientists find a cure. 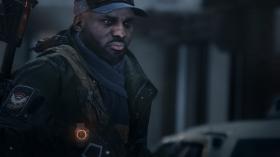 Unlike Destiny, The Division is played from the third-person perspective. This is a key part of the game because one of the aspects that may surprise some players is that The Division is not a run and gun shooter. It is a shooter where you need to be meticulous about where you move next, always remaining in cover, trying to flank the enemy. In fact, most of the time (especially with the boss characters littered throughout the world), going head on with these enemies makes the game seem a lot harder than it actually is.

It is a lesson that is likely to be learned the hard way by players and thus some will give up thinking the game is too difficult for them. Perhaps they are right but most of the time we found when taking stock and figuring out the best way to move around the environments, we were able to overcome most of what the game can throw at you. A key point is the cover system. Your agent can scamper from cover to cover with the A button, not doing so leaves your agent obviously a lot more exposed and getting caught away from cover can lead to having to restart from a checkpoint very quickly. 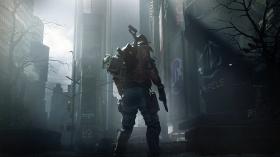 The other key element of The Division is the equipment and weapons that your agent uses. You can choose to buy these but by far the better way to obtain loot is to complete missions where random drops will occur. If you find equipment that you do not wish to use, it can be broken down into crafting materials, allowing you to build items for which you have the blueprints for. On the face of it, this sounds like a very complex system and in some ways it is, but the interface and options that Ubisoft has provided make this a lot easier to manage than it could have been. The game also provides helpful hints about your gear such as when you are using items which are not appropriate to your character's level.

The other way to get items is via the Dark Zone, perhaps the most unique and interesting part of The Division. This is where the player versus player combat takes place, but there are also AI enemies trying to stop your path through the zone. Interestingly, your Dark Zone level is tracked separately to that of the main game. Surviving the Dark Zone is two-fold (and this is where the unique elements come to the fore).

First, you have to deal with the AI enemies but as well as this any moment the other players in the Dark Zone can turn on you and steal your items. They then become tagged as the rogue, and there is an incentive for other players to take them out. At the same time as this, you have to call for extraction and surviving this will get you the items you have gathered. It's an incredibly unique part of the game that in some ways test everyone's moral compass. Do remain happy with what you have, or take the risk of taking down other players and becoming rogue before the extraction begins. 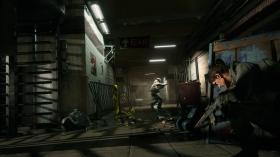 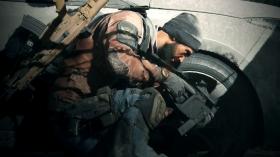 The game is entirely playable solo. However, it is when you play in a multiplayer group that is the most enjoyable. To assist with this, the game makes it very easy to find other players. At the start of many missions, you can hit a button and quickly look for players wanting to attempt the same mission. This almost gives you no excuse to take a mission on solo. As well as this, each of the missions can be played in a 'hard' format, which offers better loot and tougher enemies. This had us a bit concerned that The Division would suffer the same problems as Destiny, a lack of content, but overall that appears not to be the case.

On the visual side of things, the game is impressive and leaving the old generation behind seems to have paid off. The draw distance is long, and the framerate generally keeps up with the play well. We only noticed a few slight glitches here and there with the frame rate. Being played from a third person perspective obviously puts a lot more focus on the character and while the limited options to actually build a character regarding look is disappointing, what is not disappointing is how the character look changes as you add and remove gear. Each character on the battlefield looks incredibly unique because of this.

The Division is a game that is somewhat one of two halves. If you are looking to play solo, then it is a lot harder to recommend than to those of you who have a regularly scheduled group to play with. It certainly is not lacking in content, but the repetitive nature of some of the side missions will get old a lot sooner if you are not playing with friends. A bright start to a potentially brand new top tier franchise - the next steps from Ubisoft on this one will be crucial.