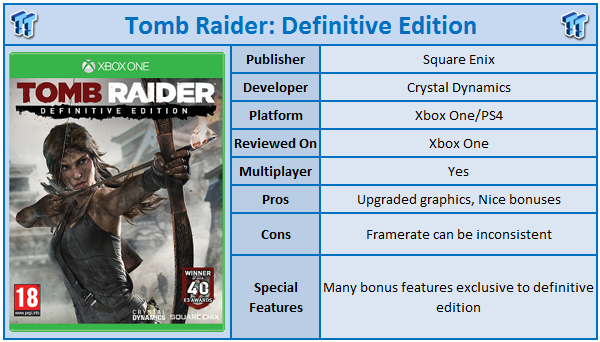 We are clearly in the midst of gaming drought. Since the release of the new consoles in November, gamers have clamoured for more reasons to have those shiny new boxes under the television powered up; so much so that we have a situation where the definitive edition of a game has been released less than twelve months after the original version of the game. Tomb Raider was a game that wowed critics (including us), and had some generally solid gameplay. Unfortunately for Square Enix, it didn't translate that well into sales, and so they have given it a polish up and released it on the new consoles. Despite its roots as a previous generation game, it cleans up quite well.

For those who missed the game first time around, Tomb Raider is a reboot of the famous series of the same name, where we return to Lara's roots and discover just why she is so enamoured by famous relics and adventure. Lara is a participant of a reality TV show being filmed by some explorers when their ship enters rough water and ends up wrecked on a mysterious island in the game's version of the Bermuda Triangle. From here, Lara discovers that they are not alone on the island, and it becomes a struggle to survive not only from the elements, but the many vicious creatures and enemy groups that are present on the island. 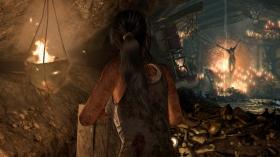 One thing we found interesting for those who played it last time around is that the story is still quite compelling on a second play through. Yes, you will remember the general gist of what is going on, but there are some key moments that we had forgotten that actually play out better on the new consoles, owing to the fact the cut scenes is most definitely an area where a lot of spit and polish has been applied to the last generation version, and Lara looks spiffy.

This is where you will find most of the changes to the game are found, Lara. The first major change that Lara has undergone is her face. A new fresher faced, even younger Lara is present in the definitive edition, and whilst we had no problem with the way the older Lara looked, this new one does seem to suit the age and attitude of Lara better. One criticism is that it does seem too clean at times for the situation that Lara is in. Her hair has also been given a makeover with the console game now employing the TressFX technology of the original PC game. Her hair sways realistically with the movement of the character, and the wind. 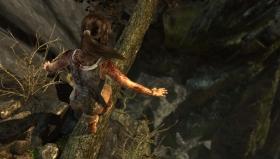 Other than that, the main changes really come from the bonus content that the game offers, as well as the higher fidelity graphics. Along with the main story, the definitive edition contains some bonus menu items such as a comic (which tells the story in comic format), a digital art book, and the ability to watch trailers, behind the scenes videos, and scenes from the game. There is not enough here to justify buying the game just for the bonus content, but it's nice to see that Square Enix realized they had to do more than just polish the game up.

However, if you missed the game the first time around then it is the gameplay that will matter to you, and just like twelve months ago, the gameplay shines. Tomb Raider is one of the most brutal games you will play in 2014, with Lara being killed in many different ways when the player fails. Be it falling on a spike, being squashed by a rock, or falling down a massive chasm, Lara will remind you of her pain with a blood curdling scream. This brings a human element to the character, and the emotion carried through the television by this form of storytelling is quite amazing.

The gameplay intersperses between combat sections, jumping areas, and puzzles. The puzzles are not difficult to solve at all, and you really should have them finished in at maximum thirty minutes. The focus in Tomb Raider is clearly on the action at hand, rather than to confuse the player, and this works well. The jumping controls are almost perfect, and even more so on the new consoles, and Lara is quite easy to control. With us now playing this game through a second time, we found ourselves not falling to our deaths quite so often, and it is clear that they have tightened up the controls somewhat for the 2014 release. 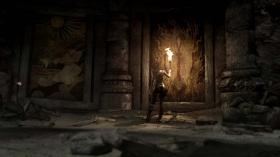 Aside from the main story and bonus content, the DLC from the original game has also been included in the definitive edition. The key addition here is the challenge tomb which gets added to the game, and contains some goodies for Lara to use during her adventure. Aside from this, the DLC provides costumes which you can purchase (based on some of her previous adventures), as well as numerous maps, characters, and weapons for the multiplayer mode. It's a real shame that they never released lengthy single player content, because the game would have been perfect for it.

So with all of that in mind, the other reason you would be looking to purchase Tomb Raider: Definitive Edition is the visuals, and this is where the game definitely delivers. However, there are still some issues in this department, and that is primarily because every so often there will be hiccups in the frame rate that become noticeable.

Last year, when the systems were at the end of their life and developers were sucking out the last inch of power from them, this was somewhat acceptable, but in an upgraded previous generation game it's hard to see why this is the case. However, when you move beyond this, you will find a stunningly beautiful game. Tomb Raider always had amazing vistas and locations to visit, and the upgrade to the new generation of consoles has just made this even better. 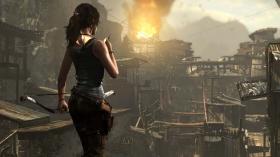 Whether or not you should buy Tomb Raider Definitive Edition comes down to a few key considerations. If you missed the game twelve months ago, then this is an absolute must buy. The game has lost none of its impressive gameplay and impact from twelve months ago, and it really was one of the finest games of 2013. However, if you did take Lara through her adventure twelve months ago, the decision becomes a tougher one to make.

We did enjoy playing through the game again, and the upgraded visuals were nice, but for the full price being asked, we aren't sure if it offers the best value. If you are simply desperate to play something on the new consoles then absolutely, go for it, this is a visual feast to dig into, but just don't expect all that much to be new.

PRICING: You can find Tomb Raider: Definitive Edition for sale below. The prices listed are valid at the time of writing, but can change at any time. Click the link to see the very latest pricing for the best deal.