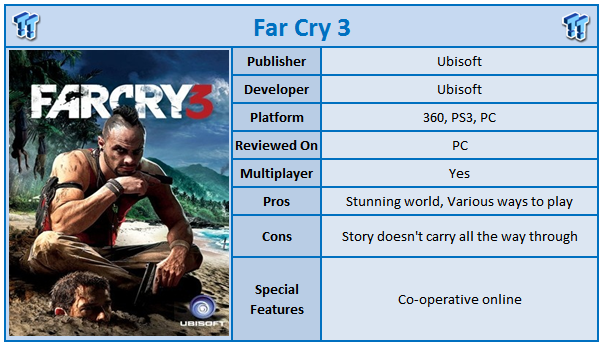 If publishers want a case in point in how to build hype at an E3 reveal, Far Cry 3 is the perfect case. Ever since we first heard Vaas utter those now famous words, "Did I ever tell you the definition of insanity?", we have waited with baited breath. The video had action, intense gameplay and also psychological elements that sent the hype levels of the game through the roof. And so now 18 months later it's time to determine if the developers have delivered on the promise from that video and aside from a few quirks here and there and a poor ending to the story, the answer is a resounding yes.

In Far Cry 3 you take control of Jason Brody, a young college kid with rich parents enjoying life to the max on an island paradise when things go awry. Jason and his friends are captured by pirates and the infamous Vaas. Taken for ransom from their wealthy parents, Jason manages to escape with his brother and from there the story becomes that you as Jason must rescue your friends, but also as you build acquaintances on the island, decide how you want the future to be for those people. There is a point where the story just becomes boring and formulaic unfortunately, but until then it's one of the best stories of this generation.

As expected based on the first two games, Far Cry 3 puts you in a massive open world with side missions and main story to complete. One of the key facets of the title is exploration and the game significantly rewards you for exploring. Whilst there are scripted elements to some of the missions, sometimes it's just interesting to wander about the island and see what the enemy and other NPCs are doing. One example was we were closing in on an enemy kill, only to see a crocodile jump out of the water to take him alive. If someone else was to go to that exact spot, it may not happen because those sequences are not scripted. 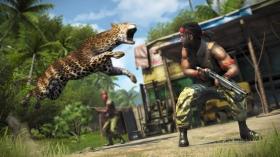 In fact, Far Cry 3 gives one of the best representations of a living breathing world in a video game to date. You can of course choose to main line the story if you wish, but that is to completely devalue the amount of effort that Ubisoft has not only put into the side missions, but also the world itself. You will miss a lot of the awesome areas of the island and some interesting, story building sequences as well. There is also a meta game within the game where you can hunt animals present throughout the world to improve Jason's overall abilities and weaponry.

For example, if you get some shark skins, you can craft a new pouch which improves your inventory level - something which is a lot more interesting to do than just buy a new pouch. You can pick up leaves and plants to help you concoct medicine to heal Jason. At no real point in the game are you forced to buy things. For example, one area which encourages exploration is the local stores. If you manage to take over the local radio tower, the shops will give you free weapons as a reward whilst that tower is not held by the enemies. It's a really interesting mechanic that rewards exploration in a manner that is tangible rather than just 'let's see this entire island'.

For the most part the missions are also enjoyable to play as well. There are over thirty campaign missions with quite a number more side missions to complete. To complete Far Cry 3 without doing side missions will take you about 10 hours and so it is a fairly meaty game when you compare it to most releases. The game does contain fast travel once you have visited a location although sometimes it is better to just explore and see the world on offer.

What Far Cry 3 manages to achieve is a believable world. This island could be a real world thing (although it's not), and the developers have clearly put a lot of work into building a fantastic world for the game. It has the crazy professor and the tribal warriors to complete the mix. But what takes it to the next level is the various fauna milling about the place. You can be swimming quietly in the rivers or ocean and the next minute a shark or crocodile attacks. The first time this happens you will literally jump in your seat and it's generally over before it even starts. You can imagine this is how it happens in the real world as well with most victims attacked before they even know it's happening. 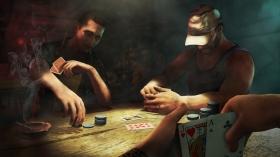 The design of the island also allows for some open world elements to creep into the campaign missions as well. Whilst you are somewhat restricted as to the zone you can move in during missions (we guess to not break the mission entirely), you are given leeway as to how you approach the mission. Go in guns blazing? Or snipe from the mountain side? Many different ways are available to generally complete each mission and it is this variety that keeps the game fresh to the end.

On the PC at least, Far Cry 3 is a visual tour de force and one of the best games graphically we have ever played. If you have the hardware and video card to push this to the max you will see a visually stunning world with amazing graphics. Tone the graphics done a little and the game still shines even on older hardware, so it is clear Ubisoft has done its job in optimizing this game for fairly run of the mill systems as well. This is something that the original Far Cry game was criticised for not doing.

The game also features a co-operative multiplayer portion for up to four players to take part in. It is set six months before the actual events of the single player campaign and so in many ways is its own story. Introducing co-operative into such an awesome, open world game is something that Ubisoft had to do to take this game to the next level. With a length of about six hours, you certainly get your money's worth even though it's not the main campaign.

Far Cry 3 started out with a great E3 presentation that put the hype levels through the roof. Usually when this happens games significantly let us down, but in this case Ubisoft has delivered. No doubt they felt the pressure of such an awesome opening with Vaas and our main character, but instead of crumbling, they produced what is sure to be one of the best games of 2012. 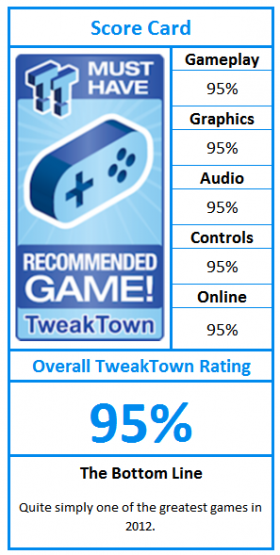