All NewsBusiness, Financial & LegalCases, Cooling & PSUContests & GiveawaysCPU, APU & ChipsetsDealsDisplays & ProjectorsGamingMotherboardsScience, Space & RoboticsStorageVideo CardsVirtual & Augmented Reality
All ReviewsAll ArticlesAudio, Sound & SpeakersCases, Cooling & PSUCPUs, Chipsets & SoCsComputer SystemsDisplays & ProjectorsGamingMotherboardsNetworkingPeripheralsRAMStorageVideo Cards
GuidesGamingAsk the ExpertsNewsletterAboutForums
RTX 3090 TiRTX 4090Diablo 2GTA 6Halo InfiniteElon MuskRTX 3080HDMI 2.1
Ever since Activision had its acrimonious split with Harmonix, RockBand and Guitar Hero games have gone head to head almost yearly to win the gamers dollar. To say that Europe has been treated poorly with RockBand is to say the least. In fact in this crazy situation, The Beatles specific game is being released before the actual second game (at least in Asia Pacific regions). However with that said, EA have certainly chosen the right game to release in the region with The Beatles RockBand not only turning out to be the best RockBand game yet, but possibly the best rhythm game around, and not just because it has the Fab Four.

As you would expect, The Beatles RockBand follows the Fab Fours life from their early days in the cave nightclub through to the heady heights of packed to the rafter stadiums. All the way through the story Harmonix has hit the mark perfectly with some of the best animations seen in a rhythm game and they have also captured the essence of each venue and song well. About half way through the game, things moves to the Abbey Road Studios where The Beatles recorded many of their biggest songs and the animation moves to 'dreamscapes' - an interpretation of the song's lyrics into often crazy worlds and colors. This becomes more and more apparent as you move through the story. 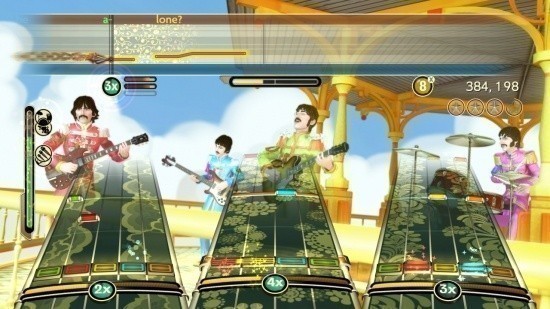 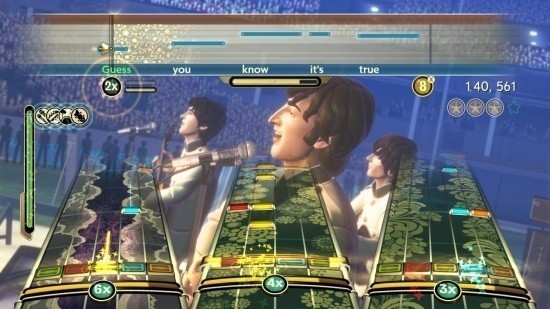 There is a saying that if it ain't broke, don't fix it - and this is clearly what Harmonix has done. Those familiar with RockBand will be right at home here with the same highway structure and note structure being used. However, one thing that really shines with the game is the note structure themselves. Harmonix at all levels has really got this right. As various riffs play off in the songs, you seem to be moving your hand up and down the plastic guitar right on cue and pulling off a riff and solo gives you some of the best satisfaction this genre of games can produce.

Being The Beatles, it is likely if you pick up this game, some of the older folks will want to try it out with you. To cater for this Harmonix allows you to set the difficulty level on individual instruments. So if you like a challenge you can set the drums to hard for instance, while the guitar can stay on easy and the song adjusts accordingly. The game also includes a function to keep players who fail in the game where their band mates can use their 'beatlemania (TBRB version of star power)' to bring them back into the game, so to speak.

Unless you are a huge Beatles fan then there are some songs on the disc that will just puzzle you and you won't have heard. Many, many of the classics are there in the entirety including Get Back, Come Together, Yellow Submarine, Octopuses Garden, I want to hold your hand amongst others. But for every massive hit there is one missing and also a lesser known song. There are some notable additions, but Harmonix plan to improve on this with DLC coming later in the year exclusive to the game. To keep you going, the game also includes a challenge mode where you play through each venue's tracks one after the other without stopping. 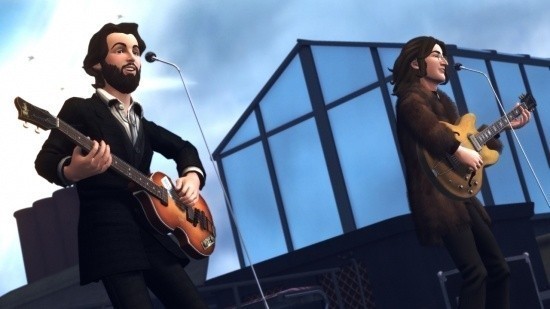 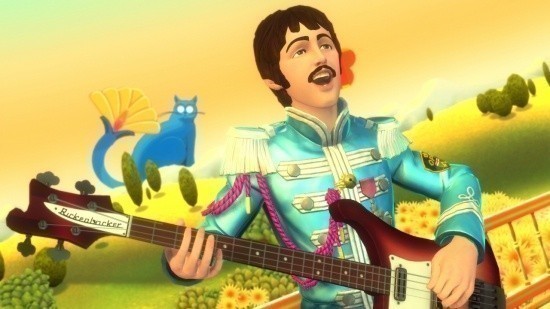 One thing that is not present in this game is the challenging, huge long tracks that we have seen before. This game is not designed for the typical gamer and as such has been built with the casual gamer in mind. You can finish this game in less than 4 hours if you power through it, and those who are veterans of the series will find they breeze through it on the difficulty level. But you do not play The Beatles RockBand for a huge challenge, you play it for the love of the band, love of the game and to just have fun with friends. There is also an online career mode plus a number of modes designed to help you train and get better with the instruments and vocals.

As well - and this clearly due to licensing issues - you cannot import songs from RockBand 1 or 2 or even use the DLC from that game. This is a RockBand title encapsulated in itself and clearly this is what Harmonix was going for. If you don't like the Beatles, there is no point to you buying this game. 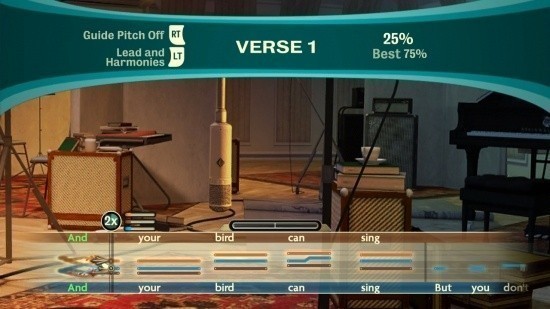 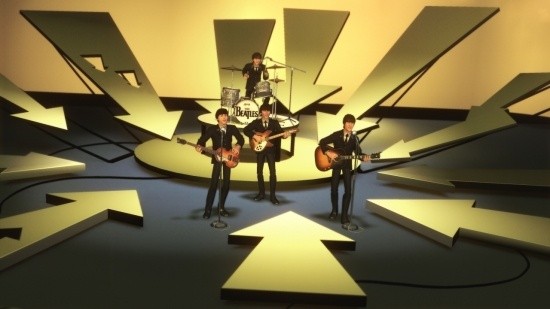 For the fans out there, however, this game is total fan service. As you get better performances, more additions unlock such as rare photos and between songs you can hear a bit of chatter between the group. One gripe you will find after a while is the songs can take a while to start while the band chatters or girls scream. Nice at first, but sometimes you just want to get into the song. But we can't help but love watching an animated John Lennon running a few notes and lyrics from Get Back before the gig starts.

The game is a visual explosion as mentioned before. As you progress through the career the Beatles age and look completely changes to what they would have looked like during that time. During the Sergeant Peppers era, the characters were very regimental clothing as per the disc design of the album, while in the later years, John has long hair. It's a small touch, but a nice one that clearly indicates just how much love went into this game. Yoko and co certainly chose the right developer for this one as it is clear that Alex and the team are massive Beatles fans.