I've been looking at buying one of two monitors, either a decent 4K monitor, or the new ASUS ROG Swift PG278Q gaming monitor. The best part about the ASUS ROG Swift monitor, is that it has a resolution of 2560x1440, but a refresh rate of 144Hz thanks to its NVIDIA G-Sync technology.

This is a really great question, as this is a crossroads for most people - the pixel heavy 4K monitors, or the refresh rate smoothness that 120Hz and beyond provides. I personally have both in my office, 120Hz TN-based panels, and high-end 4K panels, and to tell you the truth, I love both. 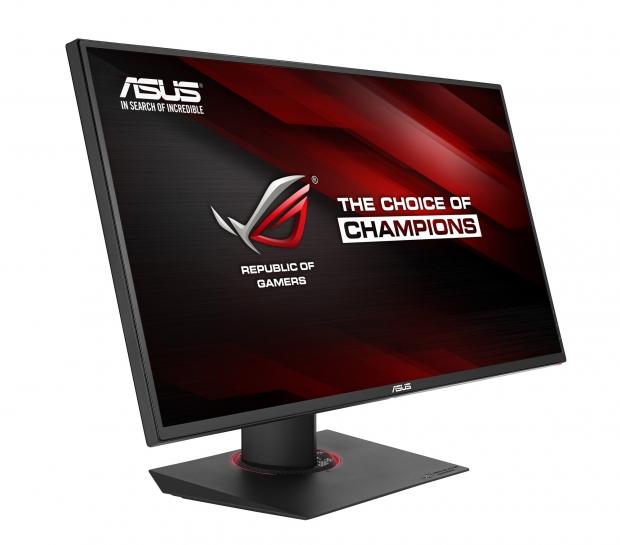 You've got two great options here, but I think if you're playing games more than anything, you should really go for the ASUS ROG Swift PG278Q. Until that monitor, I would've found it very hard to recommend you getting a 120Hz monitor, as they were all 1920x1080, apart from some non-name brand panels.

4K is great, but the 60Hz part of it is really limiting. Then you have to have the GPU power sitting behind you to drive 3840x2160, which isn't easy. Your GeForce GTX 780 SLI setup should handle it, but you'll be hitting your 3GB of VRAM limit pretty quickly. Performance wise, driving 144FPS+ at 2560x1440 isn't going to be easy either.

At the end of the day, I think the ASUS ROG Swift PG278Q is the one for you, unless you really want the 4K monitor. I think it'll be a better transition, as you'll receive a huge injection of additional pixels thanks to the 2560x1440 resolution, and continue using the great high refresh rate.

One thing though: it's an NVIDIA G-Sync monitor, so you're going to need to have two high-end NVIDIA GPUs to properly drive it. Your GTX 780s will do, but with the money saved not going for a 4K monitor, I would wait and see what NVIDIA launch next month, as you could sell your 780s and grab yourself some brand new fresh-out-of-the-oven GeForce GTX 880s.