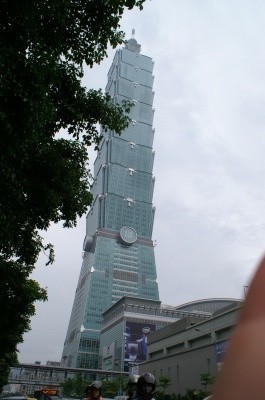 Tomorrow the 26th annual Computex is set to kick off here in Taipei, the famous Taipei International Computer Show which runs from June 6 till June 10. Computex is the second largest computer trade show in the world (second to CeBIT Germany) but by many considered as the most important of them all. It's also a great opportunity to meet up with close industry friends who you sometimes only see once a year - that being at Computex. Personally, for me, this will be my seventh Computex in a row so in most aspects I feel like a veteran.

Computex is designed mostly for overseas buyers who want source new IT products to sell from Taiwan. Over the years, Computex has become massive and many companies such as Intel, AMD, nVidia and ATI use the trade show to introduce new products which will become available for end-users in the following months. For this reason, computer media and press from all over the world come to Taiwan in their hundreds to cover the show.

After attending a pre-Computex press conference several weeks ago we learned that (without surprise) that Computex 2006 is going to be the biggest so far. The organizers are expecting a record total of 35,000 foreign buyers to converge on Taipei. There will also be a record total of 1,500 companies who will use a total of 2,907 booths to showcase their latest products and services.

For us, as an PC enthusiast consumer based computer website, we get excited about Computex because it is here we usually see a lot of cool new products which we can spend our pay checks on in the following months. This year is shaping up to be an interesting show which seems likely to be dominated by Intel and nVidia. AMD and ATI will be showing some interesting new products but with Intel and their new Conroe CPU and accompanying chipsets and hot new motherboards from other Taiwanese manufactures, it seems like Intel will garner the most attention of the show.

Probably the most important event from Intel at Computex will be their press conference on Wednesday talking about their brand new 965P Express chipset for Conroe processors. During the show Intel will also be pushing their Centrino Duo mobile platform along with their HTPC platform called "Viiv". For this reason, during Computex we should see plenty of really attractive looking HTPC cases and inventions. Here we are also expecting to see some special new hardware from ATI possibly including Quad Crossfire and ATI's version of hardware physics. In any case, we will be there to cover everything. ATI don't actually have any press conferences planned for Computex but we are expecting to see plenty of motherboards based on their new RS690/RS600 and RD600 chipsets for AMD AM2 and Intel Conroe platforms.

nVidia have two press conferences planned during the show. The first on Wednesday will talk about the unveiling of a new platform that will revolutionize handheld gaming devices, mobile TV smart phones and more - according to nVidia - we should also see more on their new Quad SLI GeForce 7950GX2 cards which are already selling in some places. And on Thursday they will hold another press conference which will talk about their upcoming PureVideo HD technology which supports playback of HD-DVD and Blu-ray content. And on the subject of Blu-ray, during the show we are expecting to see the first ever HTPC Blu-ray system where we'll try and take some video footage and upload for you in our daily coverage article.

Wednesday is set to most likely be the busiest day for us. Also on this day we are helping with judging in the Firing Squad Industry Invitational Tournament. At this event the guys from Firing Squad organize for many Taiwanese manufacturers to come together and build the fastest and most overclocked computer system and compete against each other. It should be a relaxing time and personally I am looking forward to it.

On Thursday our friends at GIGABYTE have organized a factory of their Taiwan facility. It's been some time since I last did a factory tour in Asia and we are looking forward to checking out the process of how GIGABYTE produce motherboards, graphics cards and other products from start to finish. It's really quite interesting for people who have an interest in computers, so be sure to check back from that article later in the week.

We'll leave you with some photos which we took yesterday while walking around the trade show ground area. As always, things were nowhere near being ready for the show and the organizers will almost certainly be working up to the last minute before the show begins finishing everything that needs doing - with no offence to our Taiwan friends, it's just the Taiwanese way of doing things but it always seem to work out well for a great time and equally great show. 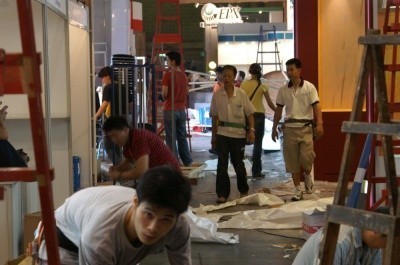 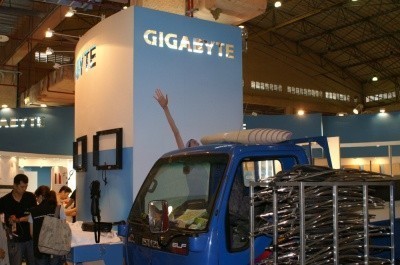 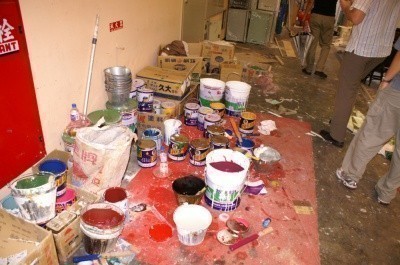 Anyway, it's time to get going. Tonight we are holding a webmaster party at a popular bar in Taipei where we are expecting about 40 people. Before that we are doing a tour of a traditional Taiwan night market where our media friends from other websites will have a chance to sample some really cheap food and buy some gifts for friends and family back home.

We are really looking forward to the show and covering all of the exciting topics on TweakTown. Over the next week, be sure to check back regularly for all of our Computex Taipei 2006 coverage!