The start of the year has kicked off in a big way with the latest addition to the ever-growing 3DMark family of benchmarks with Port Royal, the world's first real-time ray tracing benchmark that I decided to run while writing my content for CES 2019.

UL Benchmarks is tapping into Microsoft's DirectX Raytracing (DXR) API which is a Windows 10 exclusive and requires one of the latest versions of the OS so make sure you're completely up to date before trying to download or run the Port Royal benchmark. Any graphics card that has DX12 support will work with the new benchmark but it will result in much lower scores versus DXR-capable hardware like NVIDIA's current-gen GeForce RTX series.

Note: at launch 3DMark Port Royal is only compatible with GeForce RTX graphics cards, I will update the article (or write a new one) when an update allows other cards to be tested.

3DMark Port Royal runs at 2560 x 1440, and provides in UL Benchmarks' words: "a realistic and practical example of what to expect from ray tracing in upcoming games-ray tracing effects running in real-time at reasonable frame rates at 2560 × 1440 resolution. 3DMark Port Royal was developed with input from AMD, Intel, NVIDIA, and other leading technology companies. We worked especially closely with Microsoft to create a first-class implementation of the DirectX Raytracing API. Port Royal will run on any graphics card with drivers that support DirectX Raytracing. As with any new technology, there are limited options for early adopters, but more cards are expected to get DirectX Raytracing support in 2019".

Drivers: I'm using the provided GeForce 417.54 drivers that NVIDIA provided before the launch of the RTX 2060.

For this test I used my new Core i9-9900K test bench which is powered by the GIGABYTE Z390 AORUS PRO motherboard and Hyper-X Predator DDR4 RAM. There'll be an article about this system coming soon. 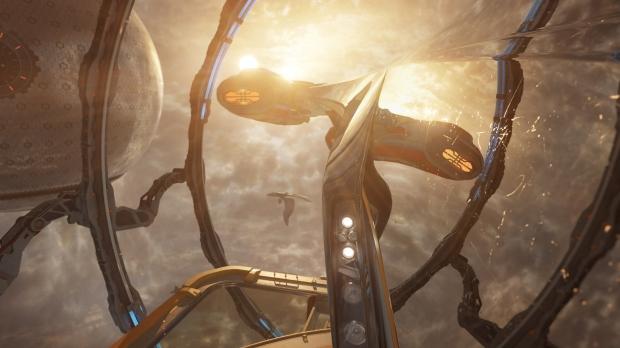 NVIDIA dominates a benchmark that only its cards can run in so there's nothing to really talk about here in terms of performance until there are competing cards with real-time ray tracing abilities, and there's nothing on the market other than Turing-based GPUs. AMD is out in the cold with this one until UL Benchmarks provides an update that lets us test cards other than the new GeForce RTX cards.

Other than that, enjoy the results from the world's first dedicated real-time ray tracing benchmarks for gamers, as UL puts it.