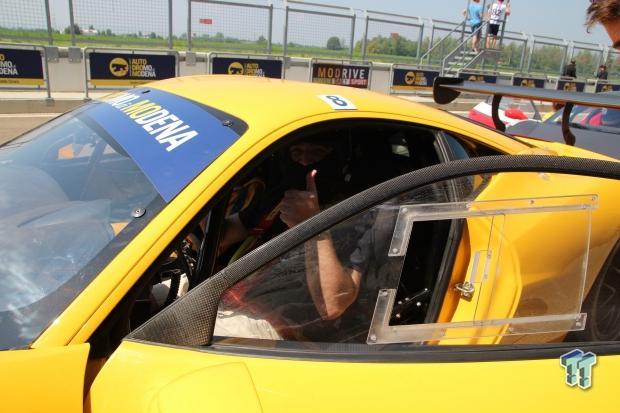 Some of you might have noticed that many members of the media raced some Ferraris, and we were part of that group of media. It was a fun experience and it was quite cool to see AMD's name plastered on the Ferraris, and that is because AMD is one of their corporate sponsors.

Now let us get down to business, today we are able to share some official information on the upcoming launch of AMD's Threadripper 2 products. AMD sponsored (travel and accommodation only of course) us to attend this tech day, which is very common in the industry, Intel does it too. 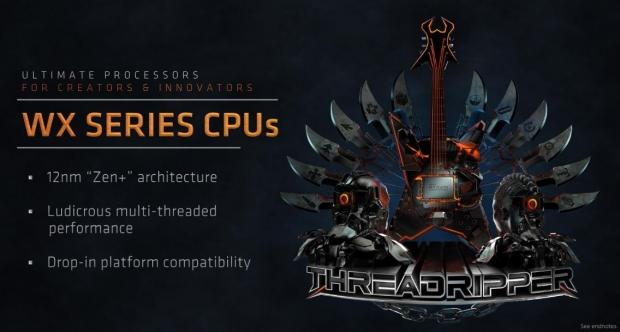 For starters, AMD is introducing a new CPU category, the WX series. While still keeping the traditional X-Series, AMD is adding the WX series above that for professional creators and innovators. It's not a coincidence that AMD also has a Radeon Pro WX line of GPUs to match these CPUs. 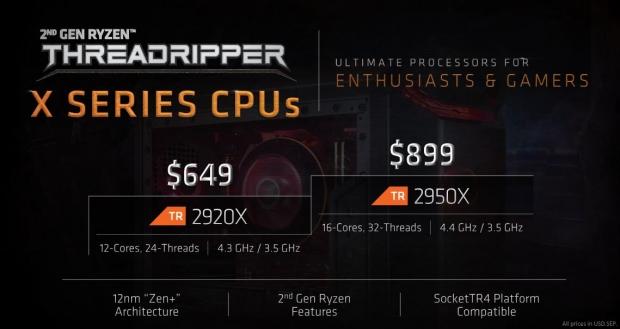 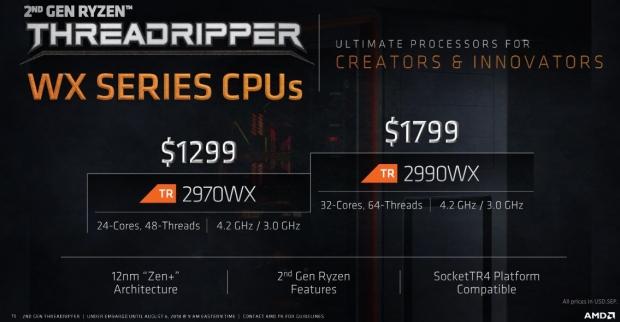 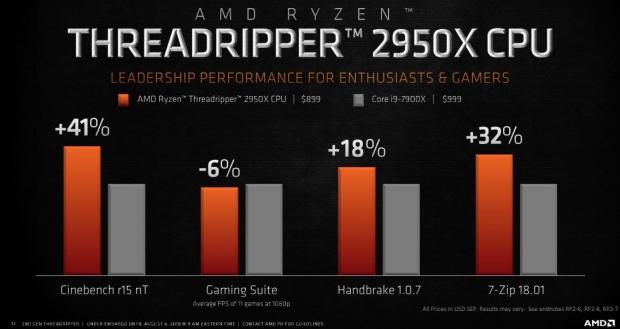 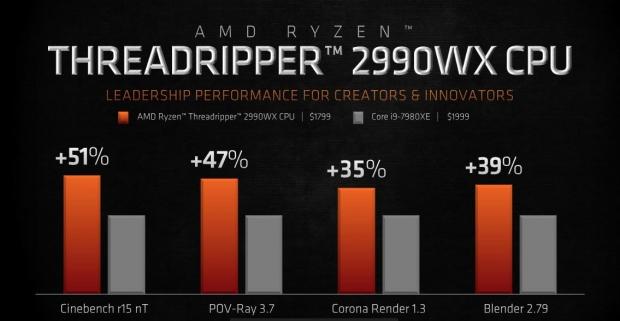 Here are some of the typical number charts AMD puts out before launch to help you gauge the performance gains in different programs and scenarios. We aren't going to comment on them too much, as our own results are still under NDA. 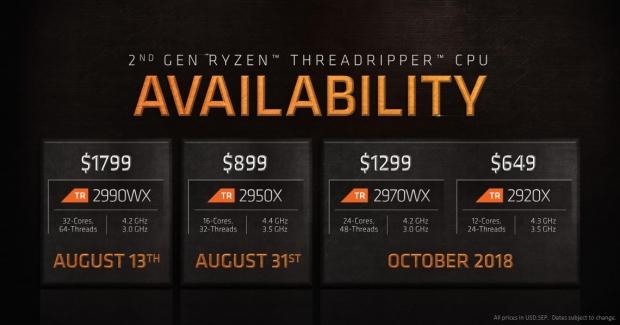 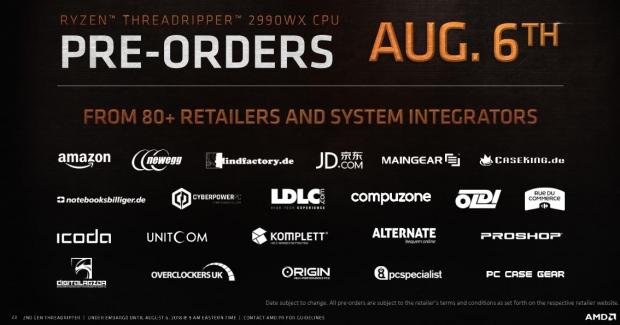 Here is some good news; you can pre-order the 2990WX 32-core 64-thread monster of a beast CPU today. More good news is that the CPUs are all compatible with current X399 chipset motherboards, and since most, if not all, offer USB BIOS recovery, you can flash an older board to be compatible without the need for an older CPU to flash the BIOS. 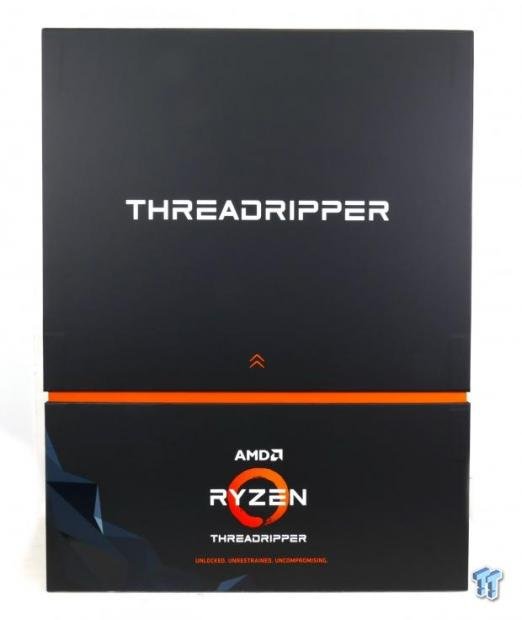 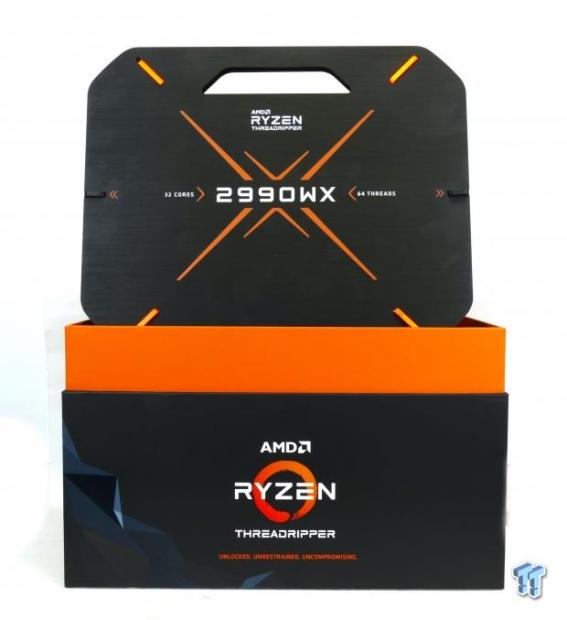 Here we have a large box, and once we open the box we find the beautiful reviewer kit inside. AMD sent over two large boxes with two CPUs (2990WX and 2950X) and a bunch of other supporting hardware. The custom packaging we pretty cool and featured "heavy metal", which is AMD's theme for the new Threadripper 2 CPUs. 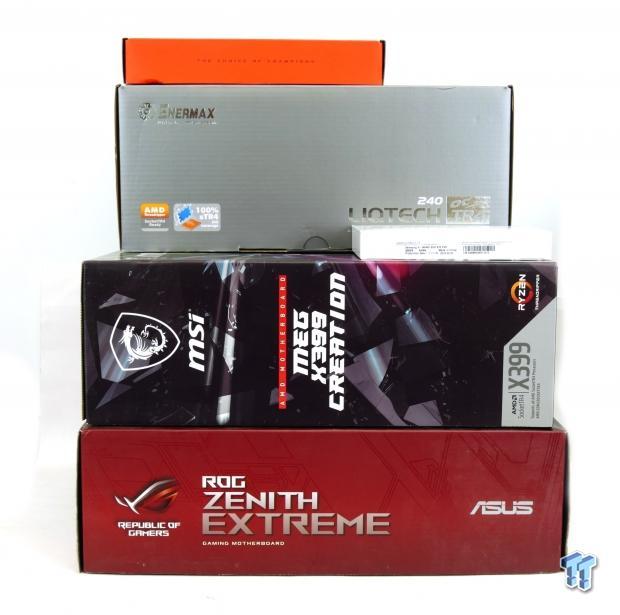 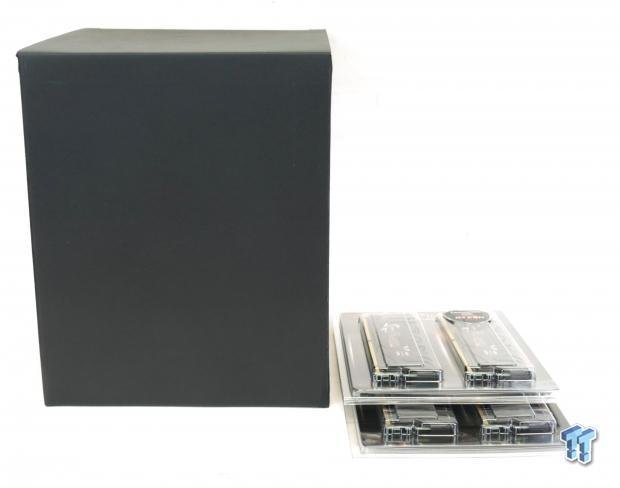 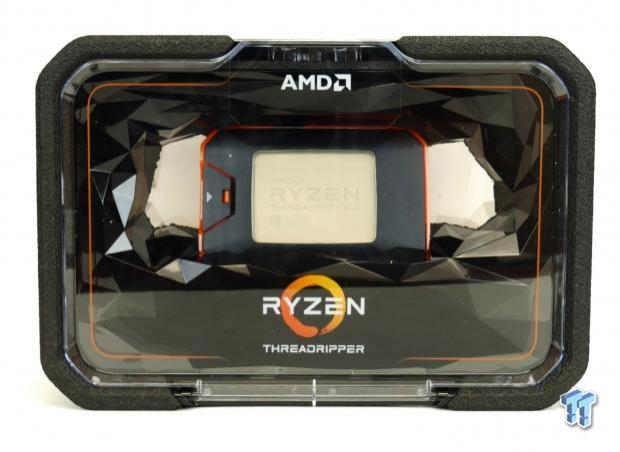 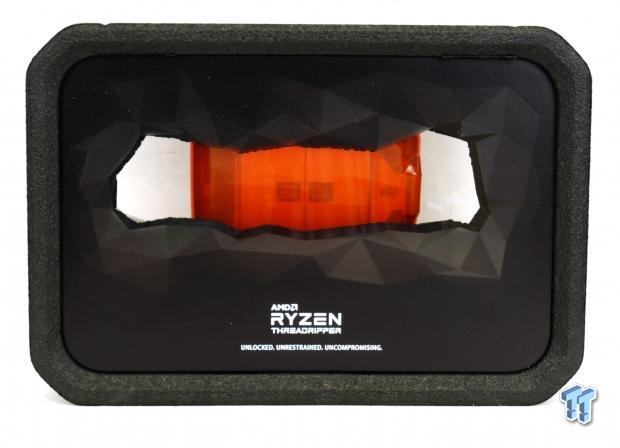 Here we see the new box design, and it looks like the CPUs sit inside a cool cave. AMD actually through about adding internal lighting to make thing cooler, but they ended up nixing the idea because of the shipping of batteries can get a bit dicey. We do expect a lot of mod contents where people mod the new Threadripper 2 boxes. The new box design is also made to be easier to navigate.

The contents of the box and packaging include a small container that holds the CPU and a second box that holds all the accessories. The accessory package includes an AIO cooler adapter, a Torx wrench designed for the new socket, some stickers, and an installation guide. 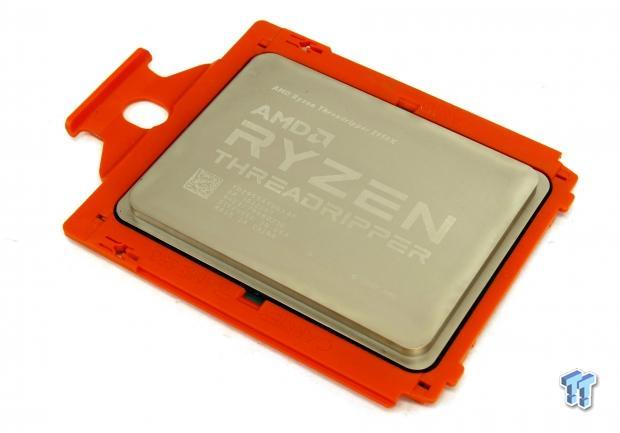 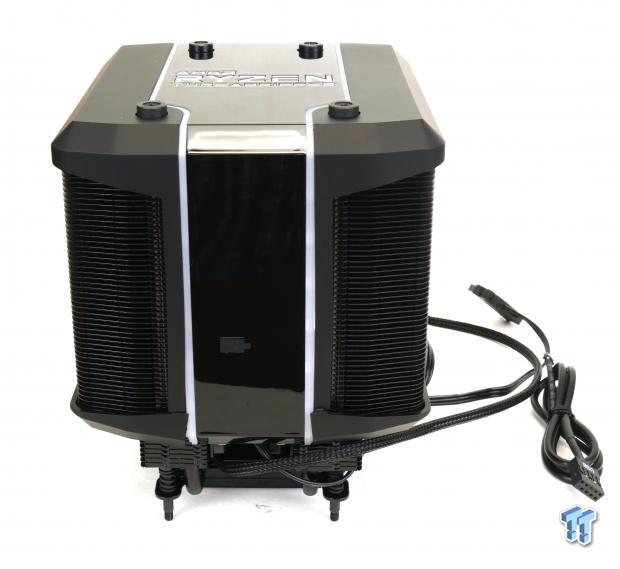 The new CPUs sit in the same holder as first generation Threadripper CPUs, and they are totally socket compatible. The new cooler is a real beast, and it offers up a bunch of RGB LEDs as well as full coverage block with pre-applied thermal paste and AMD designed it in coordination with Cooler Master. It will be sold separately. 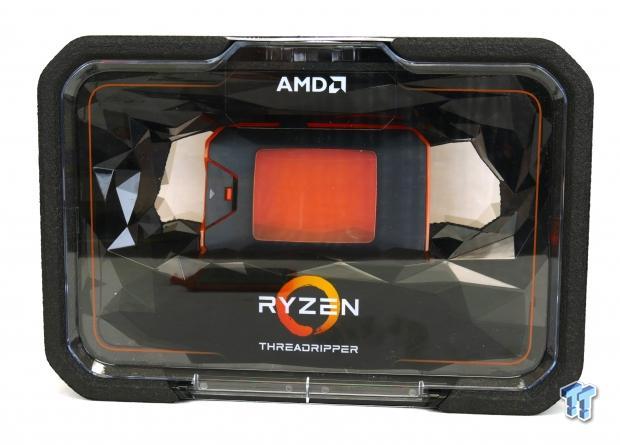 The new CPU holder is significantly easier to open up than before, and it's much easier to store, which is great for us. However, if you use your CPU like most people, you can re-purpose the holder and place it back into the box, which you can then display proudly.

Overclocking the 2990WX with Liquid Nitrogen 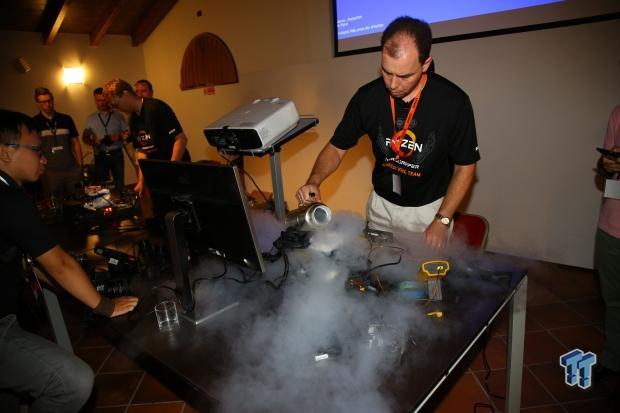 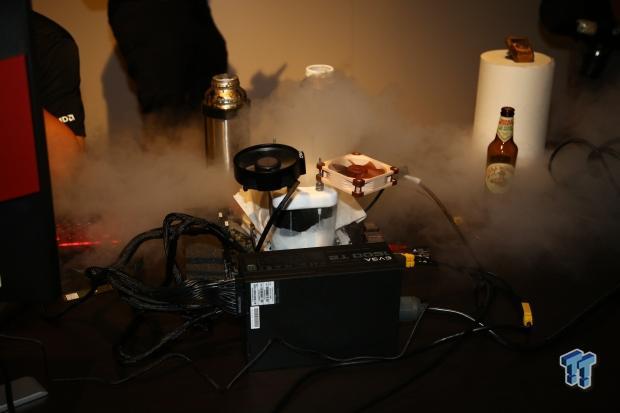 AMD's overclockers went at it to try and overclock the CPU over 5GHz on all cores to run CINEBENCH. That's right; 32-cores and 64-threads at over 5.0GHz on all cores. They used liquid nitrogen (down to -196C, but maybe not that low depending on how the CPU likes it), which is more intense than Intel's 28-core chiller demo (close to 0C, or maybe a bit lower), but either way they demolished Intel's CINEBENCH score. 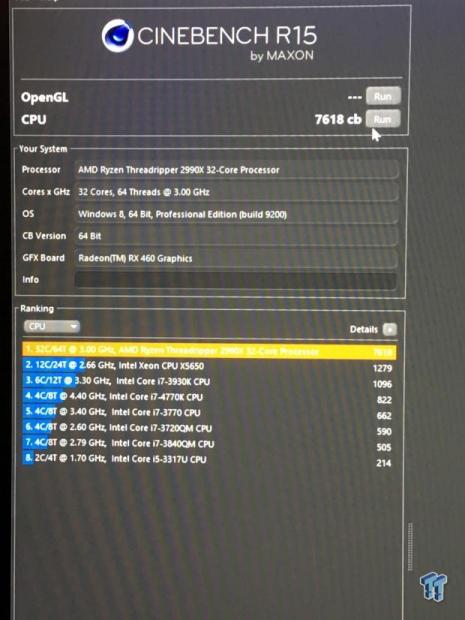 Intel's 5GHz on all 28-cores hit around 7334 points in CINEBENCH, and AMD's 32-cores hit 7618 at 5.1GHz on all 32-cores. However, we believe they can score over 8000 points, as this isn't their top run and was just done live on CPUs that we are told weren't binned closely. Either way, this performance is crazy high and impressive, and we can't wait to see how things turn out at launch! Stay tuned, we will be doing a Facebook-live Unboxing later today.