One of the biggest games of 2015 would have to be Star Wars Battlefront, and while the game hasn't officially launched, EA and DICE launched the open beta in the last few days. If you haven't heard, read or seen anything about Star Wars Battlefront yet, it's a new first-person shooter set in the Star Wars universe (duh) leading up to the new Star Wars movie later this year. 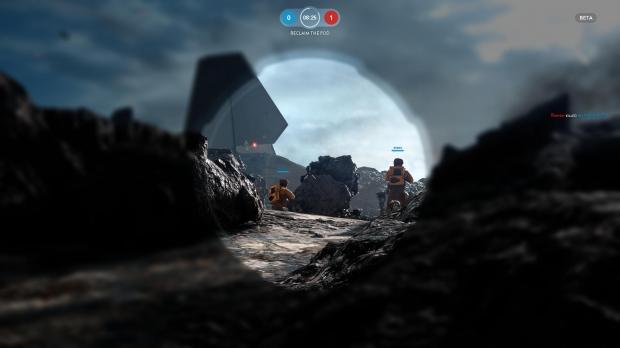 The open beta is in no way a final representation of the performance of the final version, but it should be close (10-20% or so). Both AMD and NVIDIA have new drivers out for the game, something we walked you through here, and something we used for all of our testings that we're about to get into now.

Star Wars Battlefront is a first-person shooter built on EA DICE's Frostbite 3 engine, with great effects. It's one of the best looking games on the market right now, even in its early beta form. 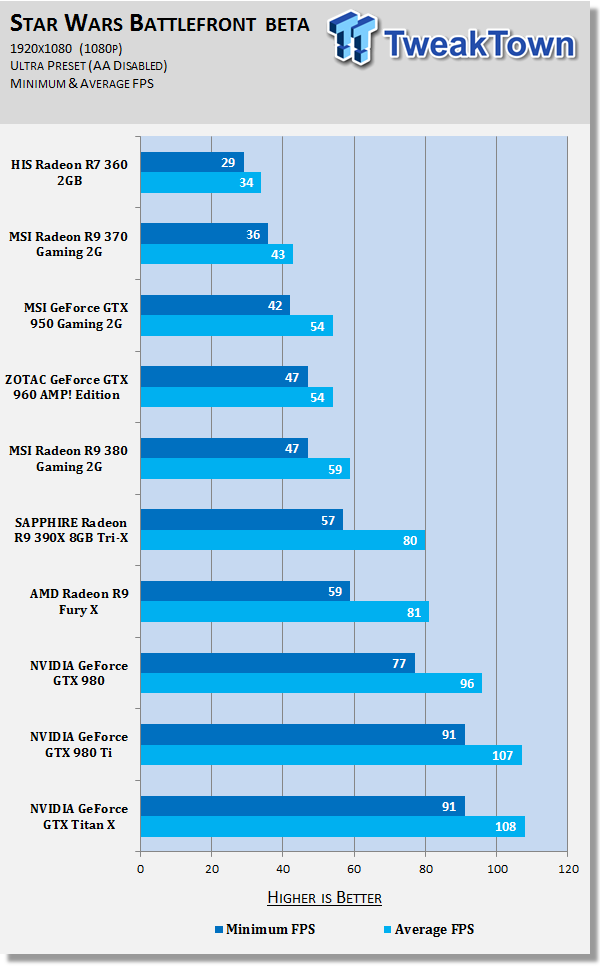 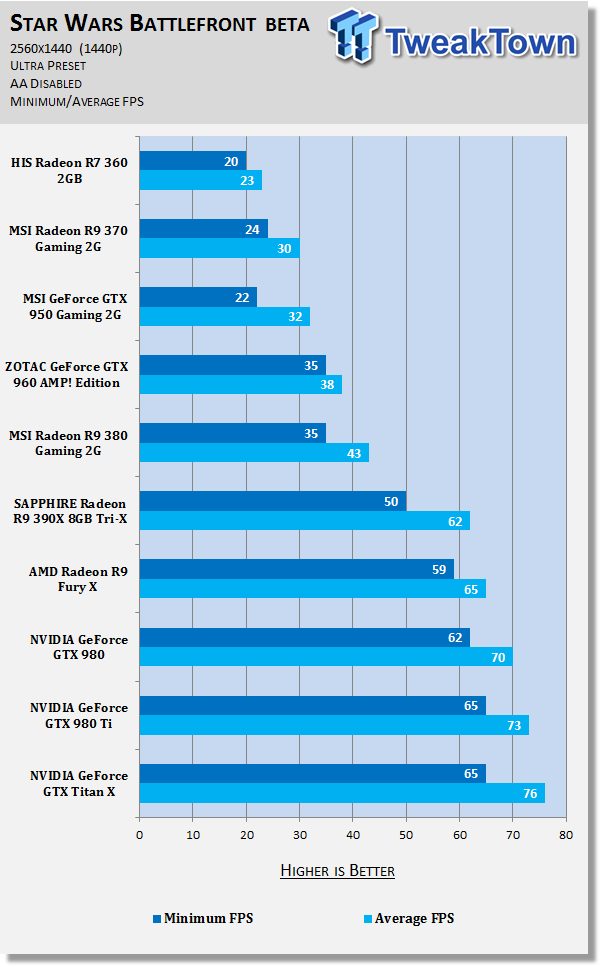 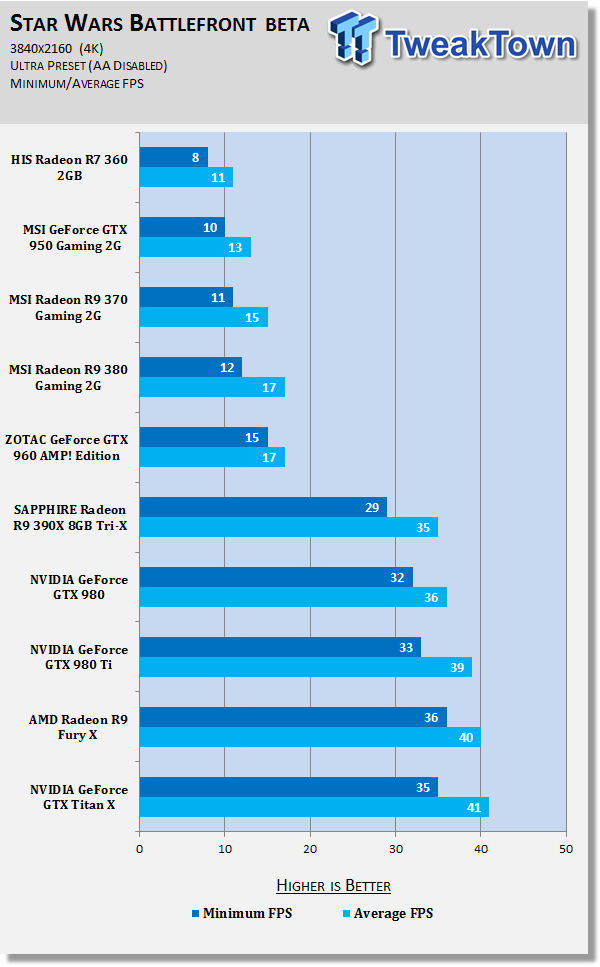 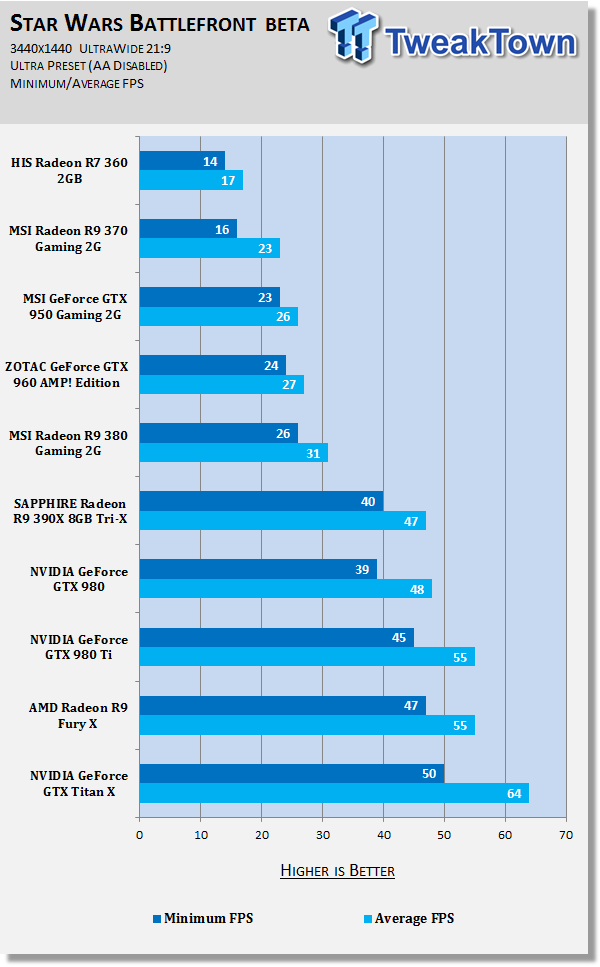 If there's one piece of advice we have for Star Wars Battlefront, it's that turning the detail down from the Ultra preset (where we disabled AA) to Medium. This provided some serious performance benefits. We tried it on our MSI Radeon R9 380 Gaming 2G at 3440x1440, with the Ultra preset providing 26/31 FPS for minimum and average, respectively, to 50/60 FPS on the Medium preset.

What we found was that while you can tell the difference in visual quality between Ultra and Medium, the difference isn't massive. But the performance benefit is worth it, with close to 100% additional performance. The graphics don't drop by 100% when you go down to the Medium preset, so we think this is worth it on lower- and mid-range systems.

What we're looking for in our performance results is 30FPS from our lower-end cards, and 60FPS+ from our mid- and higher-end cards.

The R9 390X starts the 60FPS+ campaign while the rest of our cards enjoy more performance. The Radeon R9 Fury X only pushes out 3FPS more than the R9 390X, at 65FPS average. The GTX 980 beats it, which is surprising, while the GTX 980 Ti and Titan X push 73FPS and 76FPS, respectively.

Here our cards apart from the higher-end parts drop right off a performance cliff, with all of our cards under the $400 mark seeing less than 20FPS at 4K. 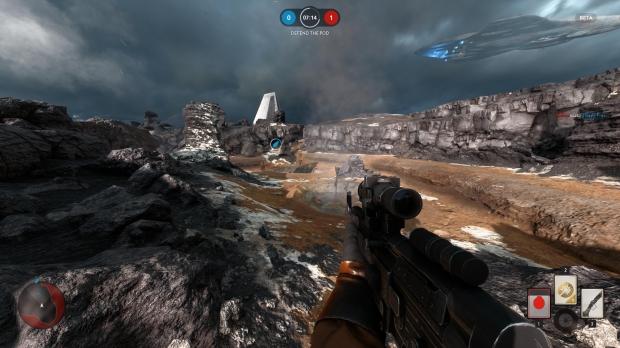 For an open beta of the game, we're not going to be pinning down EA and DICE for the performance of Star Wars Battlefront. But we have to say we're impressed. Performance at 1080p on $200 video cards is impressive, thanks to the Frostbite 3 engine being nice and scalable. 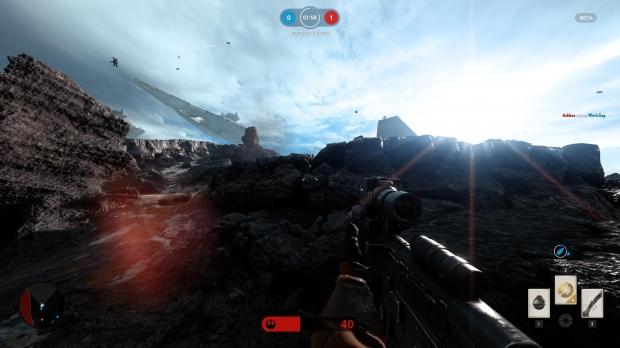 If you're running a $100-$150 card, you can drop down to the Medium preset, where you can enjoy nearly double the framerate. Even with the $250-$400 cards, you might be gaming at 1440p or 4K so dropping to the Medium preset ensures you're getting over 60FPS.

The final version of Star Wars Battlefront should offer an additional 10-20% performance thanks to the final code being more optimized. But as it stands, we're looking at a game that not only looks great, but it runs beautifully, too.