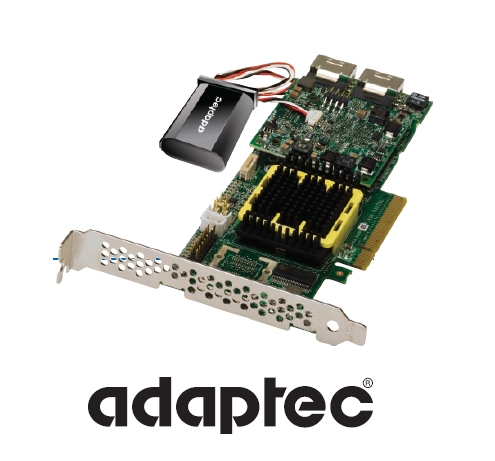 Over the last ten years battery power has come a long way. I remember seeing the commercials as a kid for copper tops, alkaline and eventually what every kid with an RC car had to have, rechargeable. Recently I was amazed at just how far battery technology had advanced after visiting TweakTown's own news reporter, Zac O'Vodka's war room, only to find an AA battery that recharged via USB power. Yes, batteries have come a long way, but what is in store for us beyond battery power?

Last week I sat down with Scott Cleland from Adaptec and was amazed with what Adaptec's latest product offering that will allow RAID controllers to move beyond batteries for backing up the cache data. Before we get too far ahead of ourselves, I am sure there are several people asking just what the problem is with batteries.

If you remember, back in your Tyco radio control car days going through 30 or 40 AA batteries a day was a pretty easy task. Back then no one really worried about what was going on with the batteries, so it was common to just toss them in the trash and open a new pack. Even then batteries were expensive; that 75 Dollar RC car was eating 30 Dollars worth of batteries a day. Who knows how much damage my buddies and I caused the Earth in just one summer. Fast forward to today and we now realize that batteries are not meant to be buried in the ground with our plastic water bottles and used motor oil. Battery disposal is a big concern and it costs big money when you are talking about server rooms filled with storage controllers every 1.75 inches of server rack height.

Of course the lithium ion batteries themselves cost considerably more than the AA wonders we all enjoyed as children, but just like the copper tops of yesteryear controller batteries lose their ability to perform as they should. Many controller companies recommend replacing a controller's battery every year. Under ideal conditions the batteries only power the cache responsible for holding your data for 72 hours. That is not a very long time to get a technician out to the server's location to pull the server from the rack, open the box and fix the issue.

Adaptec now has a better way.

NAND flash has played an important role in storage technology, but has really evolved over the last few years. From the mini thumb drive that is sitting on your desk or key chain to the solid state drives that I talk about weekly, flash memory is what makes these products possible. Up until now I never considered flash memory to be a true archive product, but the fact is that flash can safely hold data for ten years without ever being powered.

Modern flash memory is very fast, something those of us with solid state hard drives praise on a daily basis. We have also learned that flash memory doesn't require large amounts of power to operate. Traditional DRAM memory used in cache systems on RAID controllers are still faster than flash memory, but when data is being sent from DRAM to flash the transfer is very fast. The entire 512MB DRAM cache module's data can be quickly transferred to flash memory in seconds, even with ECC and CRC protection.

If a 512MB data transfer can be made in under a minute then why would you want to have only 72 hours worth of data protection when the data can be held safely in flash storage for up to ten years? - Better yet, why would you want to spend 200+ Dollars on a battery that needs to be replaced every year compounding the cost of the controller card, often times doubling the initial investment in just four years or less? - That is what Adaptec asked themselves before planning the new 5Z Series of controller products.

In the above chart provided by Adaptec we see the Dollar figures that Adaptec came up with. Their numbers are a little different than mine, but it all works out the same; batteries cost your company time and money. 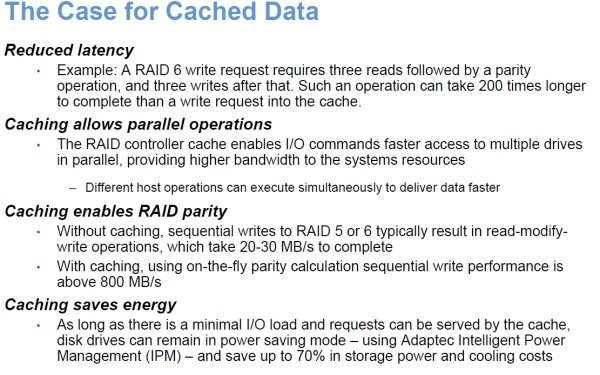 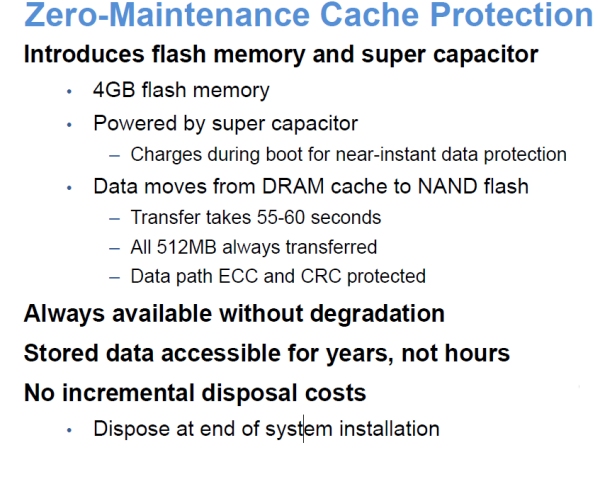 By adding flash memory and a capacitor pack Adaptec was able to eliminate the lithium ion battery completely.

As noted previously, lithium ion batteries add considerable cost to a product before it is deemed end of life.

In these trying times many companies are looking for ways to reduce spending and letting a battery that sits in a closet may seem like a well calculated risk, until disaster strikes.

At this time we are not prepared to comment on the overall performance of the new 5Z Family of products, since we have not completed testing. The 5-Series products from Adaptec that the 5Z controllers are based on are class leading products and I don't see Adaptec compromising their products speed.

Based on the information received from Adaptec, pre-sales of controllers are already underway and retail products should be available in July. Look for a full review to hit the pages of TweakTown in early August; at that point we will be able to examine the new product and run our tests and report the findings back to you.