Computer hardware gets better, faster, and cheaper as time goes by. This is particularly true of portable computing devices such as the Dell XPS notebook we are looking at today. What we are interested in as it relates to Dell's newest XPS 13 flagship offering is its unique integrated storage device. Dell's XPS 13" notebooks have been around for years and have been getting progressively slimmer and more powerful as time goes on. Much of its progressive slimming has come via soldered-down components such as DRAM and CPU. 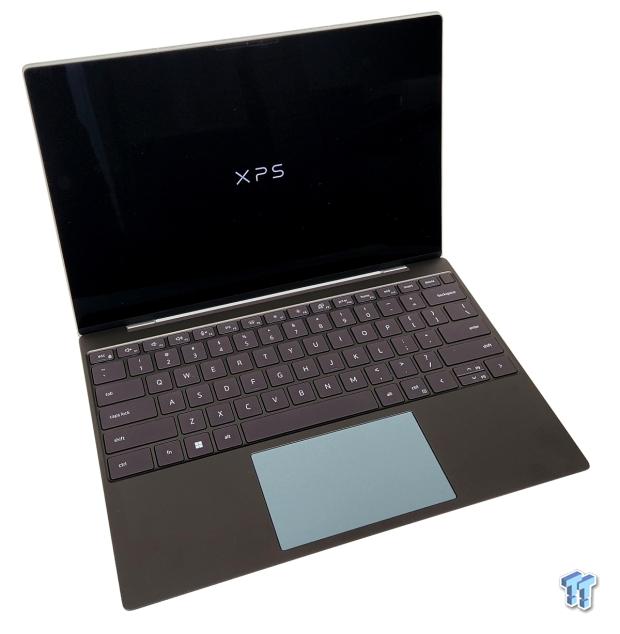 Now being storage enthusiasts, we haven't given much if any thought to internal components such as CPU and DRAM being soldered onto a PCB. What we care about is fast NVMe storage. After all, fast storage is infinitely more important for a good user experience than a faster CPU or better DRAM. In fact, as we see it, SSDs are the single most liberating technological advancement in the history of computing.

It's been interesting to observe the effect of progressively smaller hardware on portable PCs like the XPS 13. SATA, M.2, and NVMe SSDs have all contributed to slimmer, faster, more portable PC devices to the point where we have arrived today. Now "compact" means there simply isn't room for component connections even as small as M.2. In fact, space is such a premium even a tiny 2230 M.2 SSD is grossly oversized for a device like Dell's XPS 13, but there is a solution and that brings us to where we are today.

BGA SSDs. Ball Grid Array or BGA SSDs are single package NVMe SSDs. The controller and flash are packaged together for a tiny footprint. There is no connector as they are soldered down to the motherboard. This makes for an incredibly compact footprint and, as such, is quickly becoming the new standard for ultra-portable notebooks.

Now, Phison isn't the only game in town for BGA SSDs. There are many options out there to choose from. So, what compelled Dell to choose Phison's E19T BGA SSD? Well, stuff like this has requirements. A performance requirement, size, power, endurance, and so on. A company, Dell, in this case, puts these out, and companies submit a product.

The best product is chosen for the project. In this case, Phison met all of the design requirements and offered the best value for Dell and thus to the end-user. The chosen one.

So, let's take a close look at what Dell's chosen BGA storage device is serving up when paired with the latest 12th gen mobile CPUs and DDR5 memory. 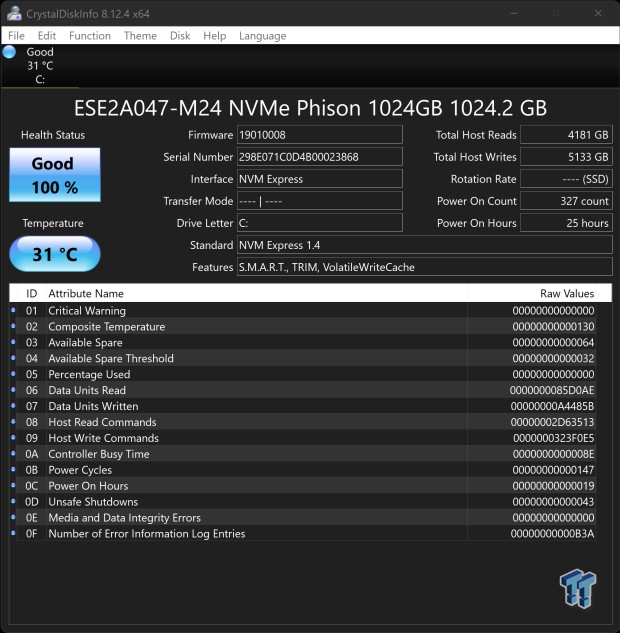 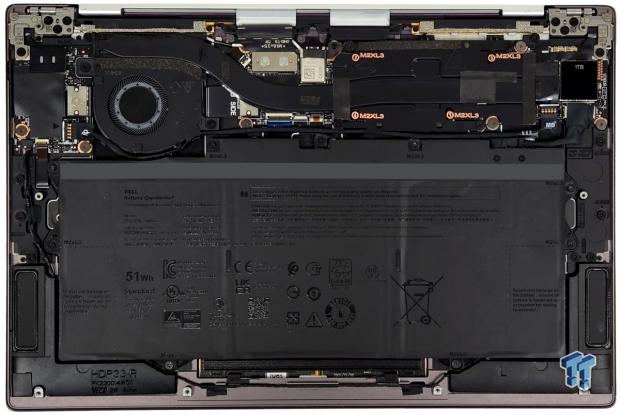 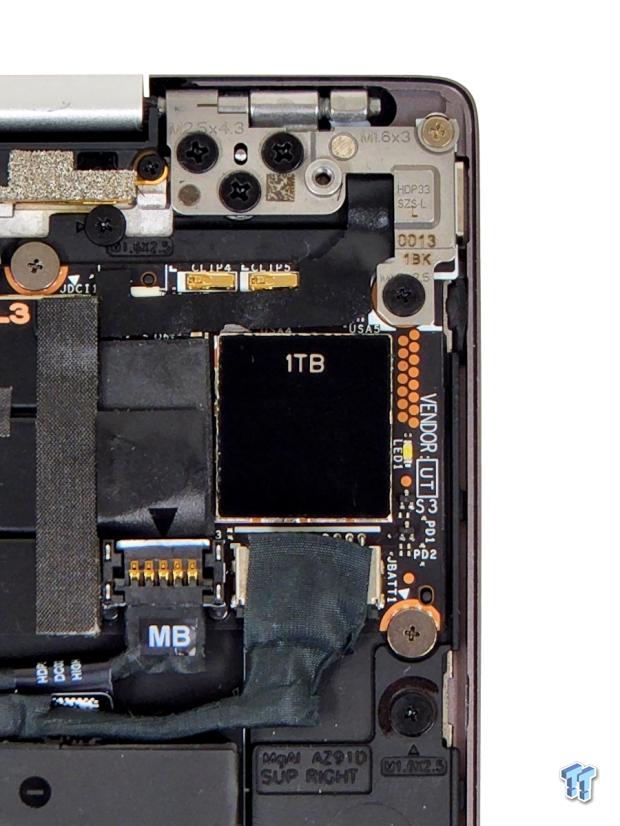 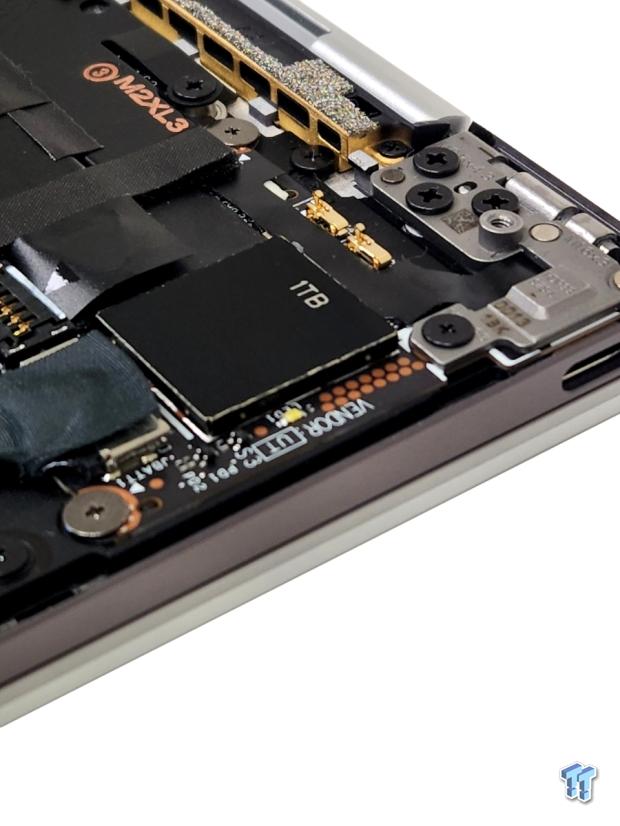 Using the surrounding screws for scale, we can get a good sense of just how compact Phison's PS5019-E19T 1113 BGA SSD actually is. We can also get a good sense from these photos of why a BGA SSD is pretty much a requirement for today's most portable PCs. 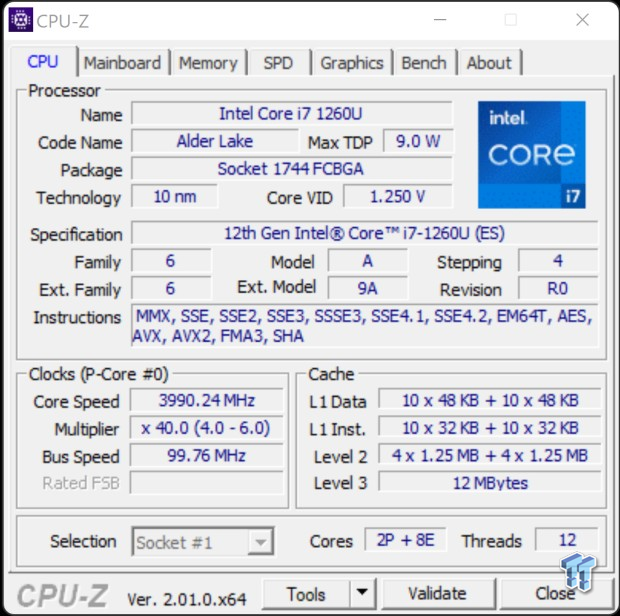 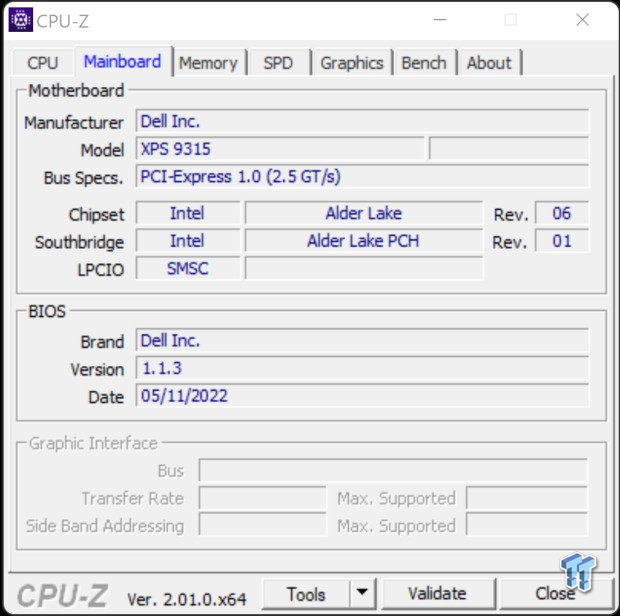 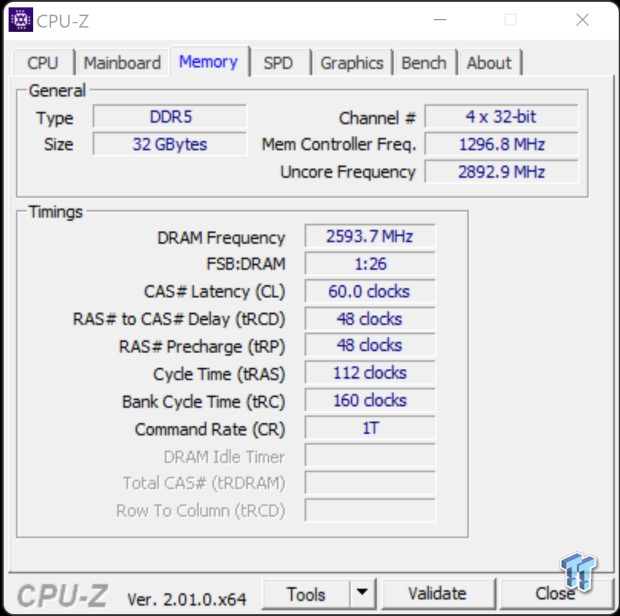 We will mention that certain benchmarks have the E19T BGA SSD labeled as NVMe 3460 Micron 256GB. This is not correct in terms of capacity. The correct capacity is 1024GB. We do know that Micron is a partner with Phison, and as such, the drive itself could be a Phison E19T-based Micron product. 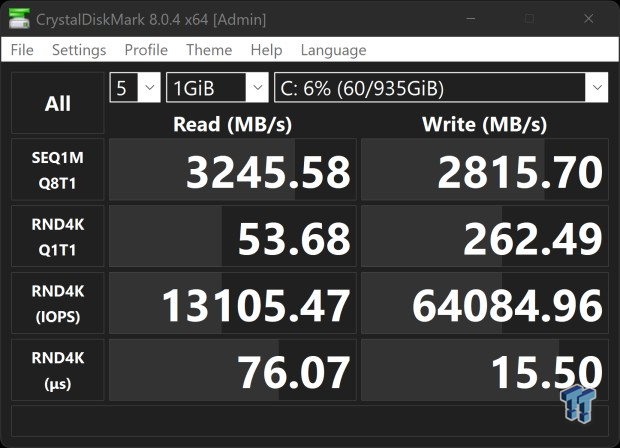 Okay, here we go. The DRAMless E19T BGA SSD exceeds its rated 3,000 MB/s throughput factory specs. We should note that the BGA version is a PCIe Gen4 two-lane device. This makes a whole lot of sense, as being a 2-lane device, it generates far less heat and also consumes less power. Both attributes are essential for low-power devices.

In terms of speed, 3,200/2,800 MB/s is plenty fast for anyone utilizing the XPS as intended. In almost all consumer use case scenarios, the number that actually matters, 53.68 is very stout and equivalent to some 7,000 MB/s capable Gen4 SSDs. Low queue depth random reads have the most effect on user perceived responsiveness or what we call user experience. 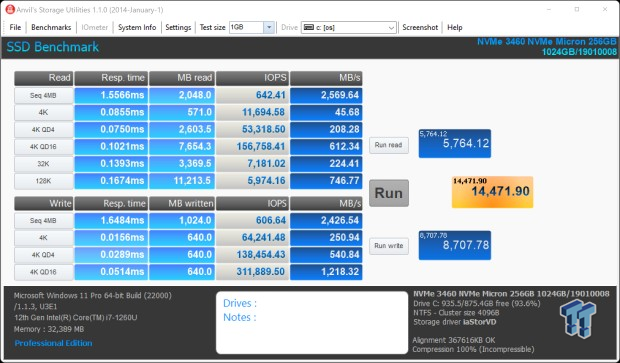 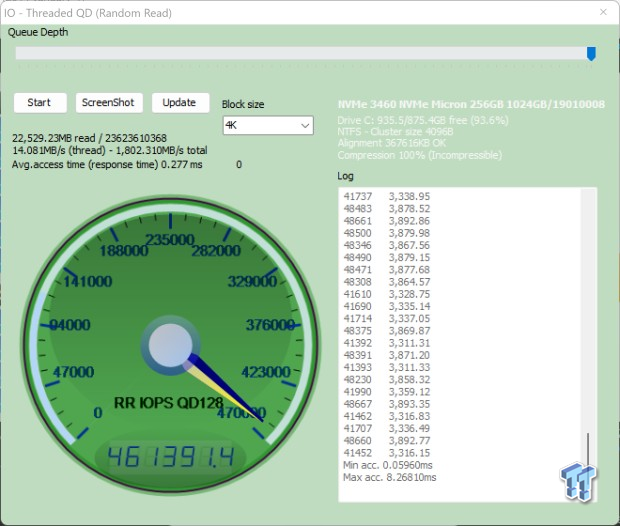 Considering the low power nature of the 2-lane E19T BGA SSD, these results are outstanding. We love the 461K max random read. This is even better than a 1TB E18 SSD with 96L flash. Wow. 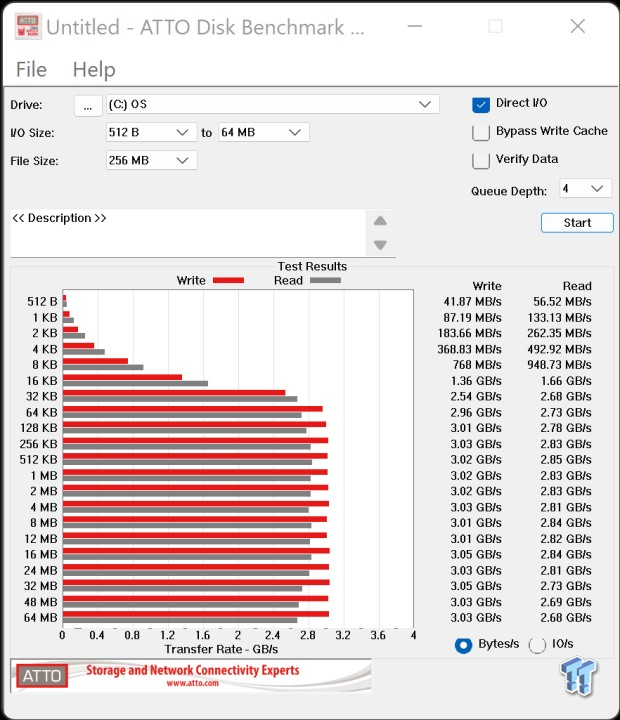 We are looking for full speed at 128K transfers. Not many SSDs can do it. In fact, only Phison-based SSDs can typically deliver full throughput at such a small file size. 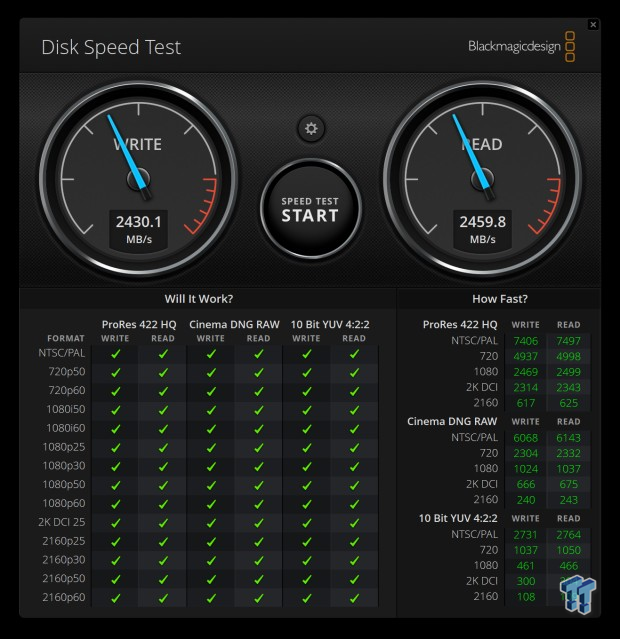 If tasked with video content creation, the E19T BGA can more than handle anything thrown its way within reason. There would be file size limitations that don't manifest by running this test. We step outside the SLC cache, and performance will drop significantly.

We will mention that certain benchmarks have the E19T BGA SSD labeled as NVMe 3460 Micron 256GB. This is not correct in terms of capacity. The correct capacity is 1024GB. 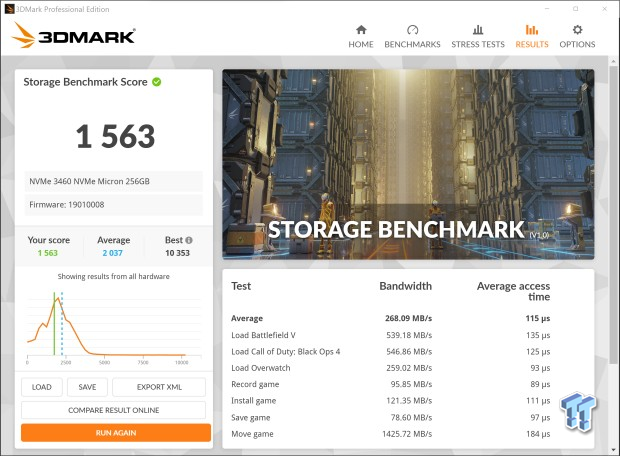 We can definitely see some casual gaming happening on the XPS 13. In terms of gaming performance, as it relates to storage, the E19T BGA SSD delivers more than enough for a good gaming experience. 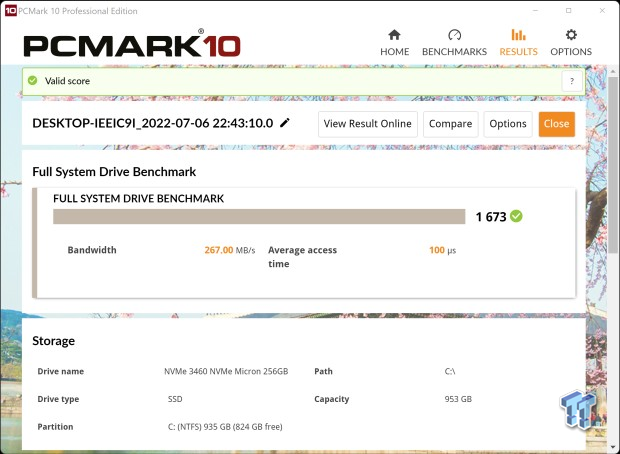 Although we don't imagine many people would be running 200GB consumer workloads on an XPS 13, if someone happens to do so, the E19T BGA SSD can handle it surprisingly well, considering it is a 2-lane DRAMless SSD. 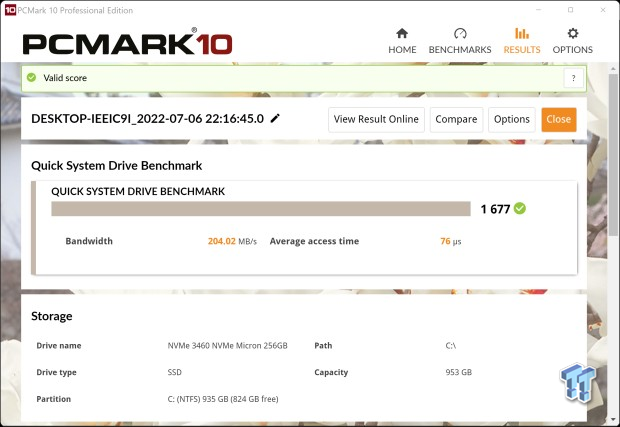 Here again, plenty of performance for what the device is intended for. 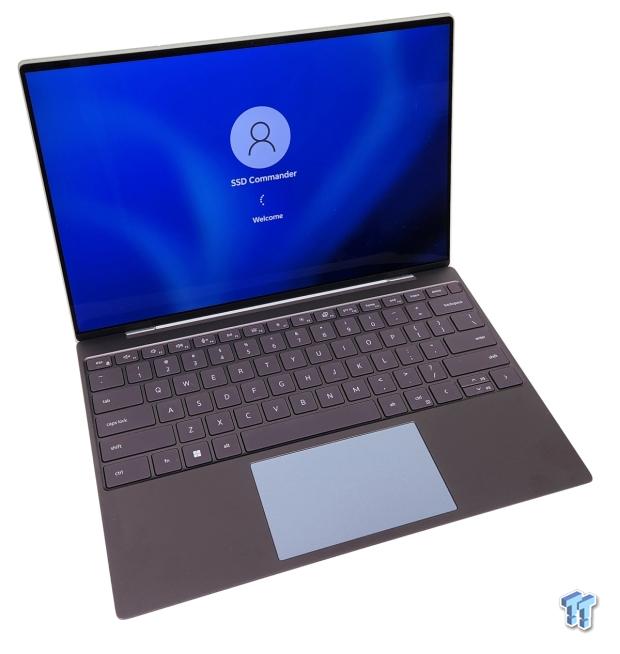 Tech never disappoints. It's always getting faster, more versatile, and smaller. Tech is the only commodity that gets cheaper as it gets better.

Phison's PS5019-E19T 1113 BGA SSD is a perfect example of smaller, faster, better, and cheaper. After taking Dell's XPS 13 flagship compact notebook for a spin, it's not hard to see why Phison's BGA offering was chosen for storage duties.

It's incredibly compact, obviously plenty endurant, and runs on very little power while simultaneously cranking out exceptional performance. It is The Chosen One.