Mid-July last year, GIGABYTE announced a new flavor to their PSU lineup with the AORUS P1200W. This power supply, aimed at enthusiasts and gamers, looked to add another layer of customization to your build, with its key feature being the "Digital LCD Monitor." Now we are no stranger to power supply units having added screens.

Our test system has used the Thor from ROG for the last year, but AORUS has designed their unit differently, allowing consumers to display text and GIFs, images, and even MP4 video. By default, the P1200W gives users several presets for monitoring machine health, but before we get into our first impressions of this unit, let's look at the hardware specs. 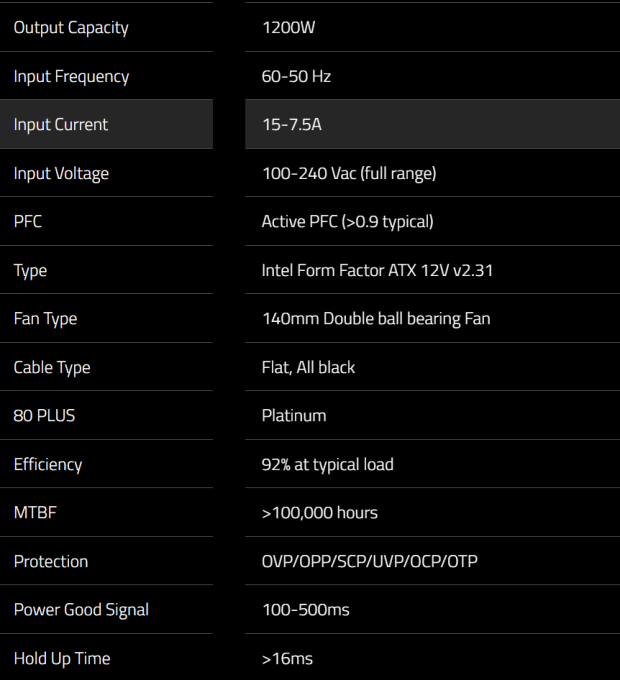 For starters, this unit is a single rail 12v design, which means consumers don't need to worry about what cables are going to their high current devices like graphics cards. Output capacity is 1200w with an input frequency of 50-60hz suitable for anywhere globally. It also supports 100-240VAC, again ready for anywhere.

This unit uses Active PFC (power factor correction) and conforms to Intel ATX spec v2.31. The cooling fan at 140mm maintains optimal operation while being silent. A bonus feature allows the fan to spin backward to push out any accumulated dust in the unit. This is an 80Plus Platinum rated unit with a peak efficiency of 92% at 50% load at 120VAC or 94% efficient for those using 240VAC. This unit comes with a host of power protections, and the list can be seen in the image above. 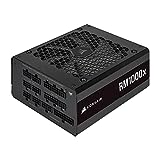 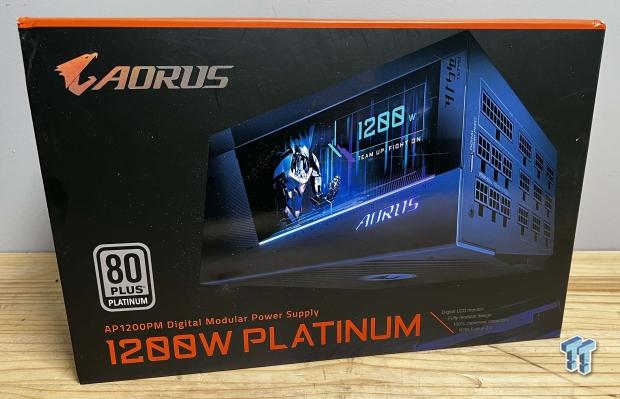 The packaging gives us the familiar AORUS logo at the top. We also have the 80Plus badge and model identification for the unit. 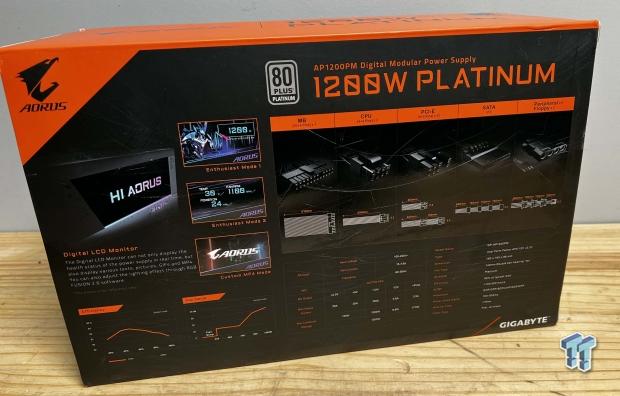 On the back, AORUS highlights the LCD monitor as the main feature of this unit while also calling out included cables and specifications to the right. 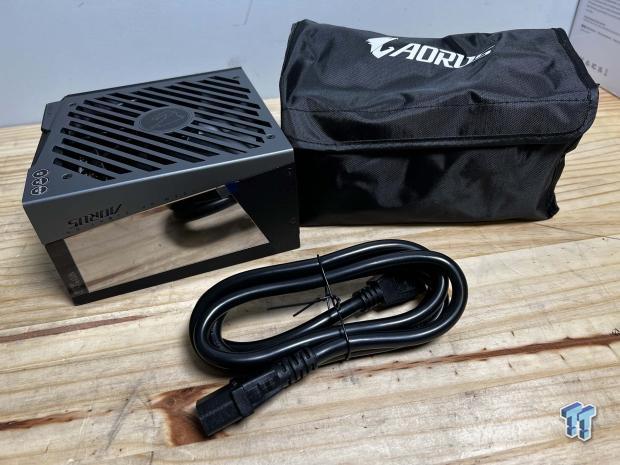 We received our unit for a quick hands-on just last week. We first noticed just how small the unit is, considering its 1200W rating. Unboxing, we have the PSU to the left and the included cables in a separate bag. 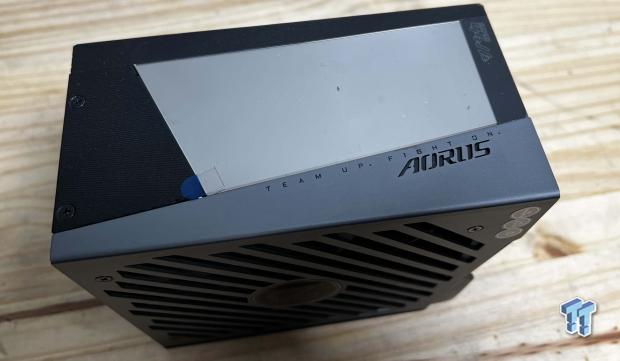 The LCD monitor takes up most of the real estate on the side of the PSU. 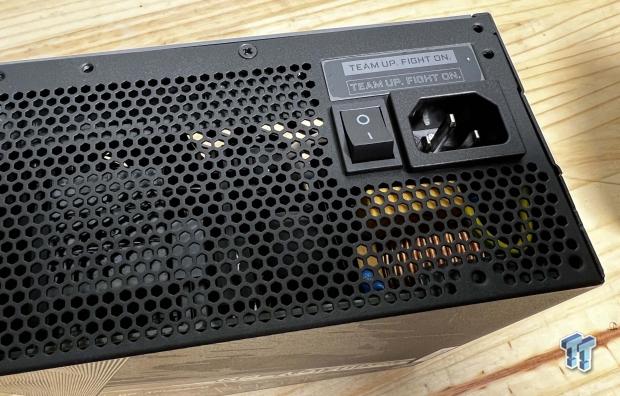 The back of the PSU is honeycombed out to allow air to pass through the back of your chassis. The power input is the standard three-pin with a power switch to the left. 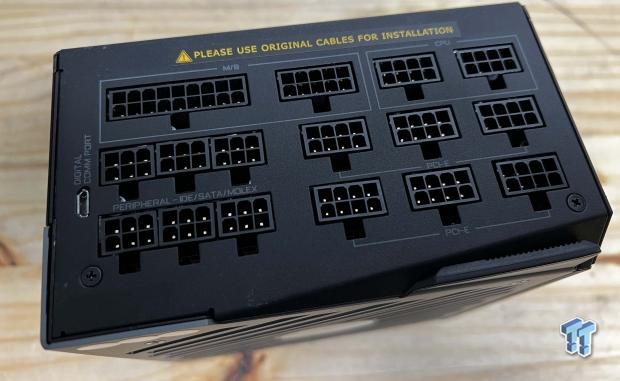 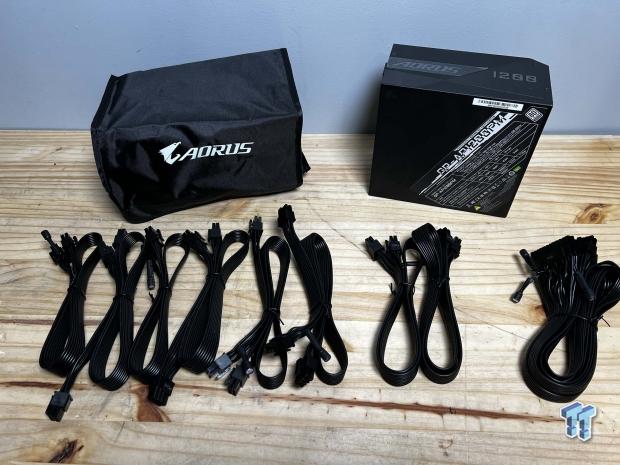 The first set of cables includes the 24-pin on the far right, followed by the two 8-pin CPU power connections, and last, the PCIe cables - there are six of those. 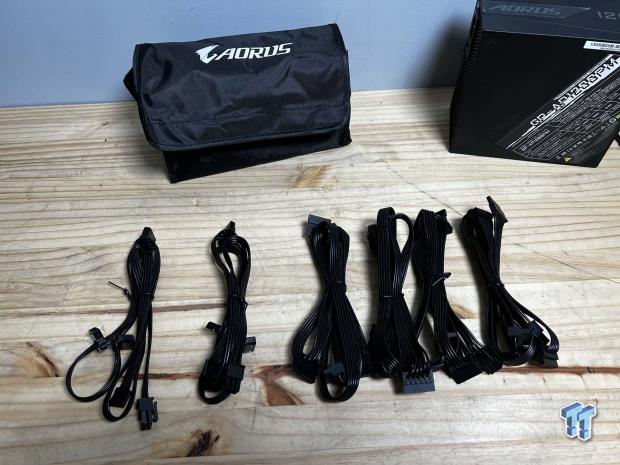 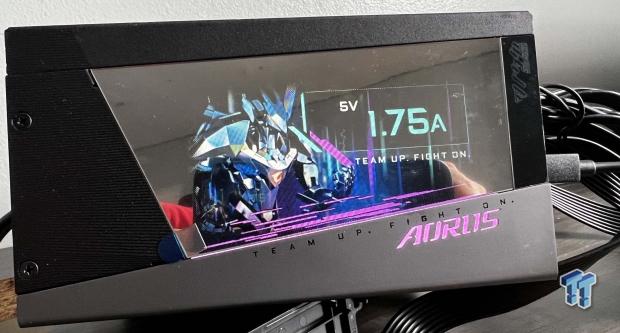 Above is the unit booted up. 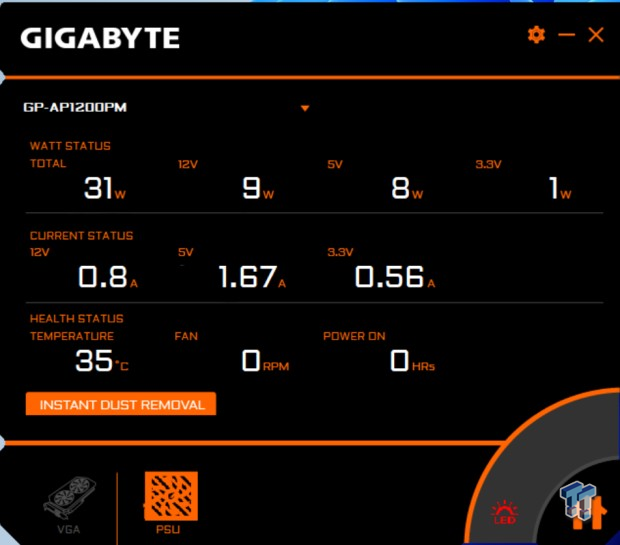 The software for this unit is AORUS Engine. After a quick install process, you land here on a dashboard interface that shows current watts usage and a breakdown by rail. Towards the bottom, you can watch the temperature of the PSU along with its fan speed and current power on time. 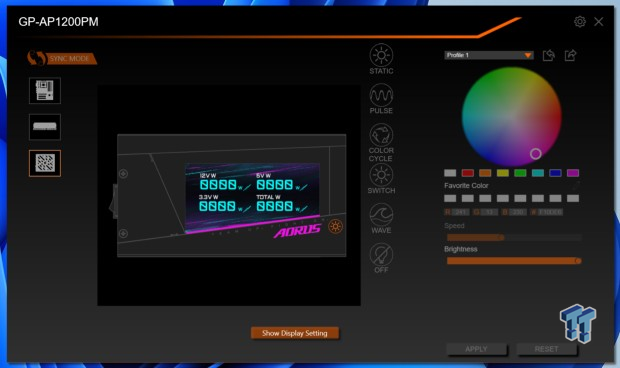 Hitting the LED button, located bottom right on the dashboard software, moves us to control the PSU RGB, a thin line under the LCD Monitor, and the side-mounted AORUS logo. There are a bunch of preset profiles located on the right side and the ability to use any color you want with the wheel on the far right. Additionally, if you are using an AORUS motherboard, you can sync everything here as well. 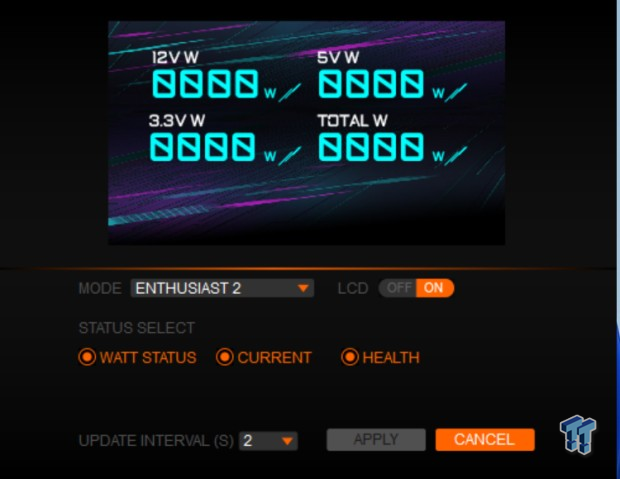 From the last menu, hitting the "show display setting" button will move us to control of the LCD monitor. This menu is customizable via the drop-down box above. It will include two enthusiast profiles alongside four customizable modes that will allow you to display images, GIFs, and MP4 videos if you so choose.

Additionally, you can choose to shut off the LCD.

We have only had this unit for a little over a week, but we have tested several motherboards, including the AORUS Xtreme Waterforce, for an upcoming review. Coming from our Thor PSU, the biggest takeaways for us, at least initially, are the smaller footprint of the PSU and the ability to customize the LCD. We also enjoyed the flat cables included with this unit, allowing for easier cable management in our test system chassis.

Between PSUs, I haven't noticed any lack of power when testing motherboards on the AORUS vs. Thor, which we did notice in past years when using smaller 850W units. The AORUS P1200W is simple to manage with the AORUS Engine software, with just three screens that control everything from customizing the LCD and RGB functionality. It appears to be very promising for gamers and enthusiasts alike.