AMD's Zen 3 parts were released to the market last November and ushered in an increase in IPC at 19%, along with design changes that gave us improved efficiency through front end enhancements and a core SoC change that unified the core complex to 8C/16T with 32M of L3 cache.

Using the Zen 3 architecture, AMD is launching two new APU platforms to market; Ryzen 5 5600G and Ryzen 7 5700G. With these platforms, AMD is claiming a 15% improvement in single-thread performance over the Zen 2 Ryzen 5 3400G while offering the same level of graphics performance with Vega 7 and 8 graphics.

5600G and 5700G both share Zen 3 packaging; each has its model bottom right with Radeon Graphics displayed above. 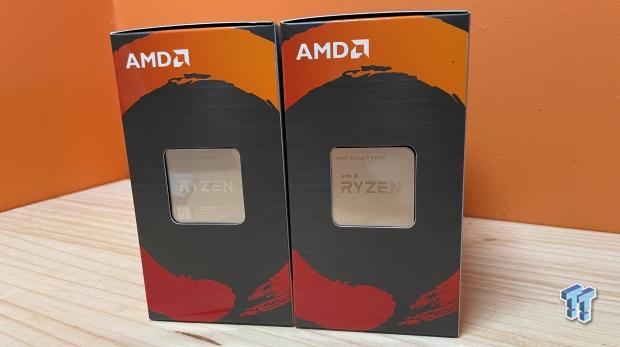 The side of the boxes gives a window to the APUs. 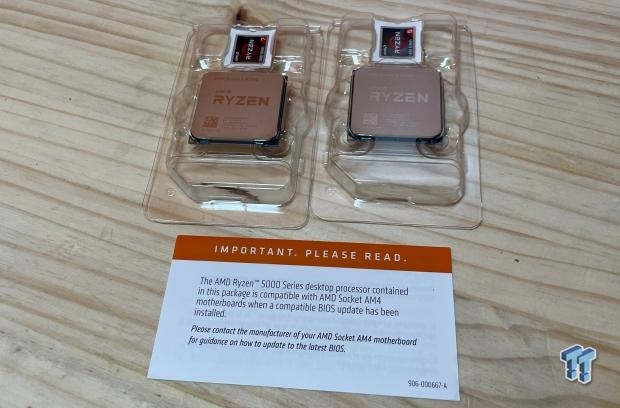 APUs were packaged in a locked plastic retainer, sticker above for your chassis. 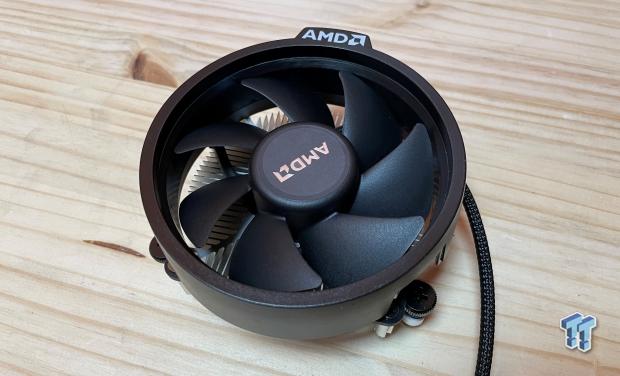 Included with each is the Wraith Stealth CPU cooler. This includes a solid aluminum heat sink and AMD branded fan. 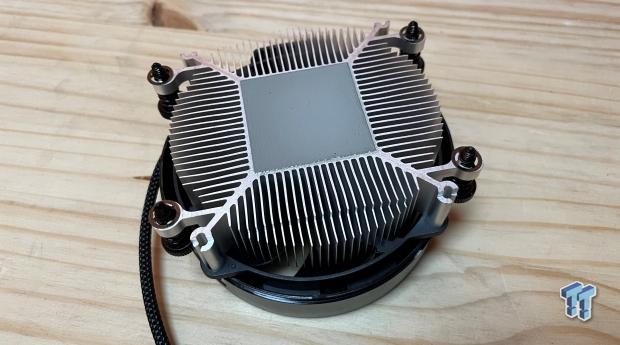 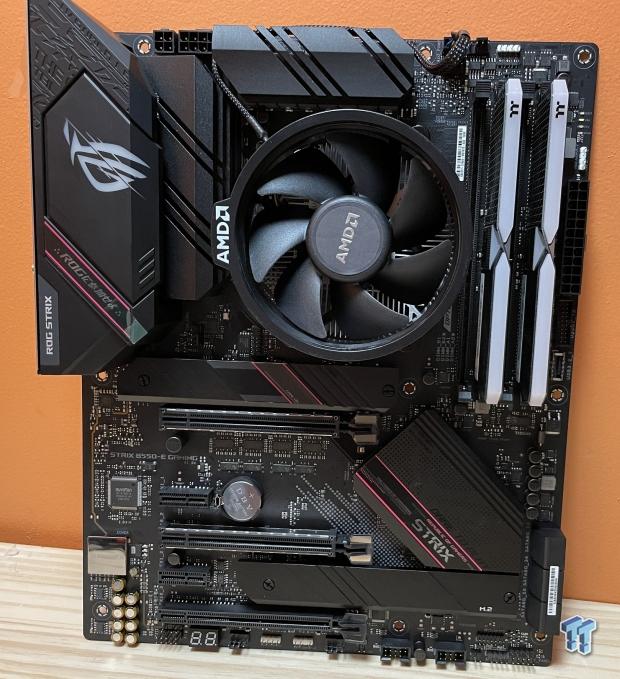 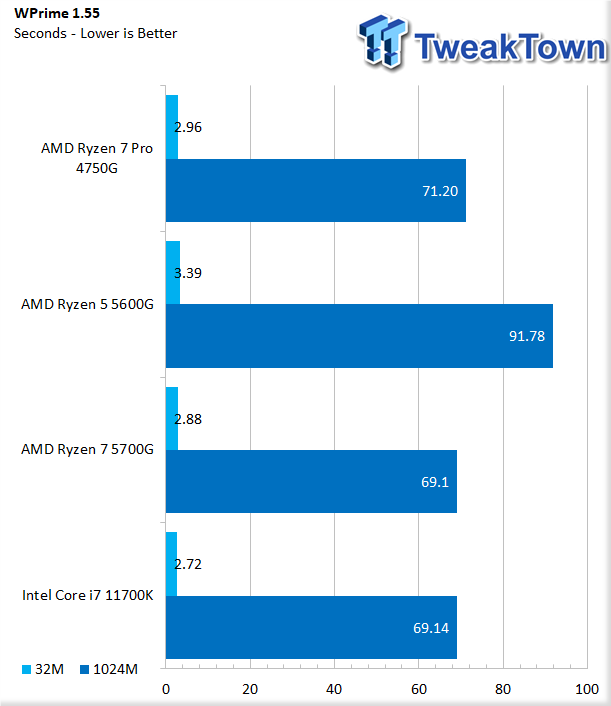 I tossed in both the 5800X from AMD and 11700K from Intel to live alongside our 4750G as comparisons for this review. In our first workload, WPrime showed some pretty solid performance from the 5700G, on par with the 11700K and slightly quicker than last year's 4750G. 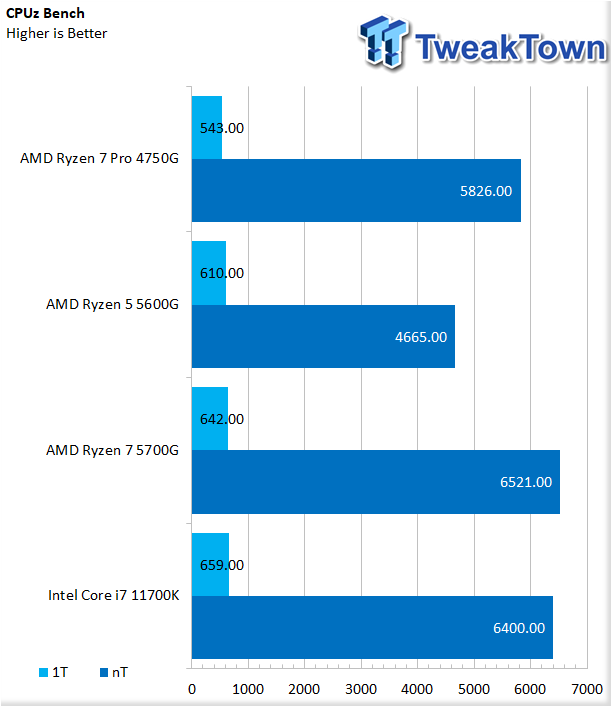 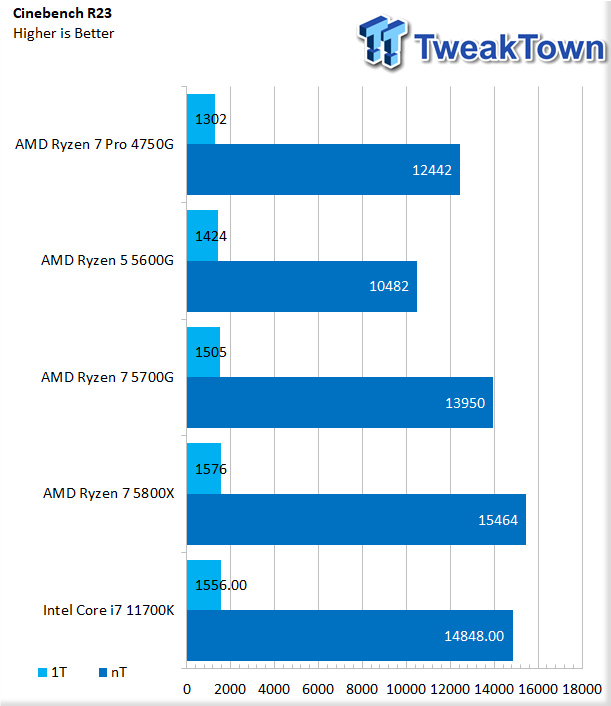 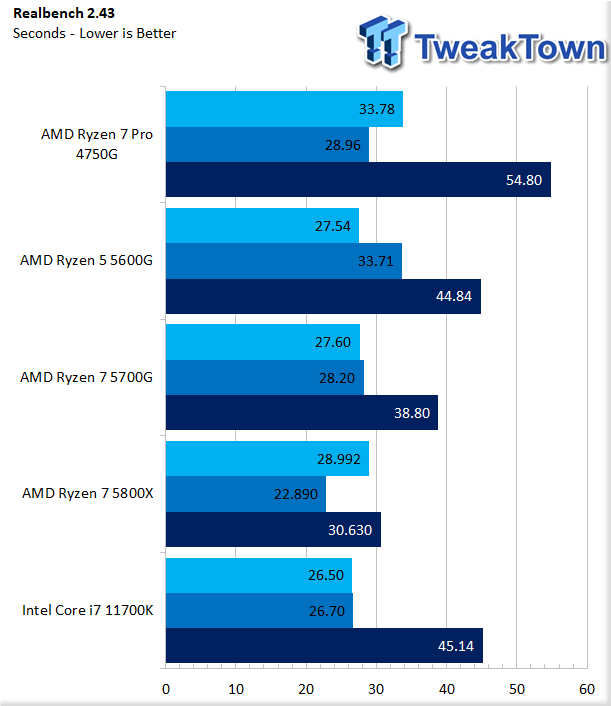 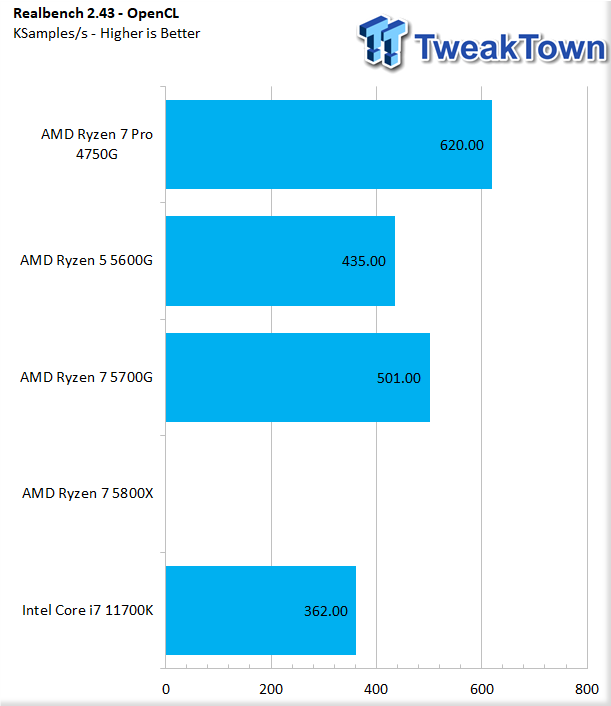 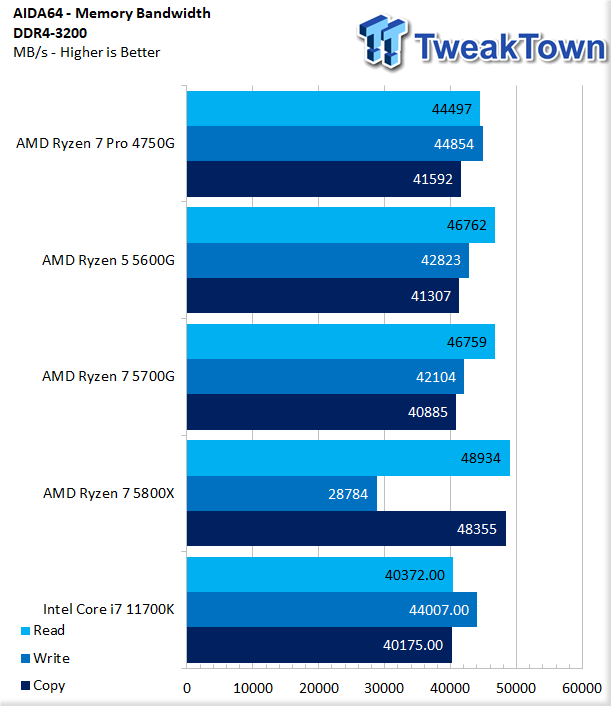 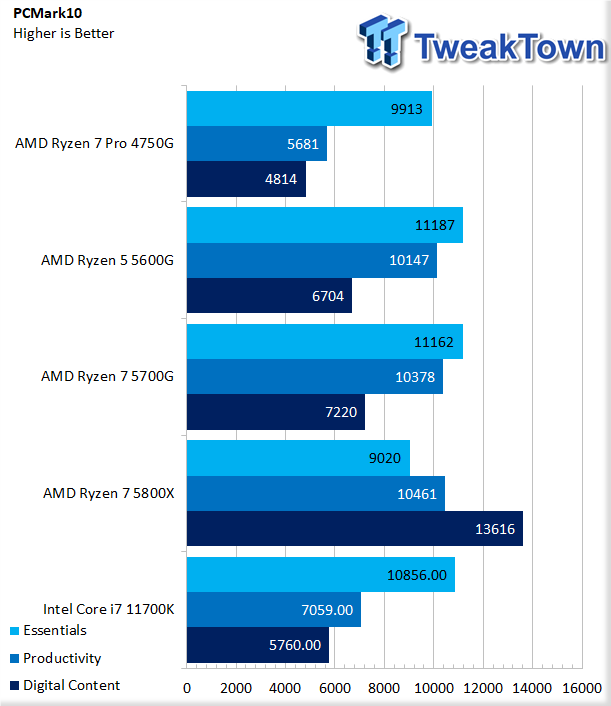 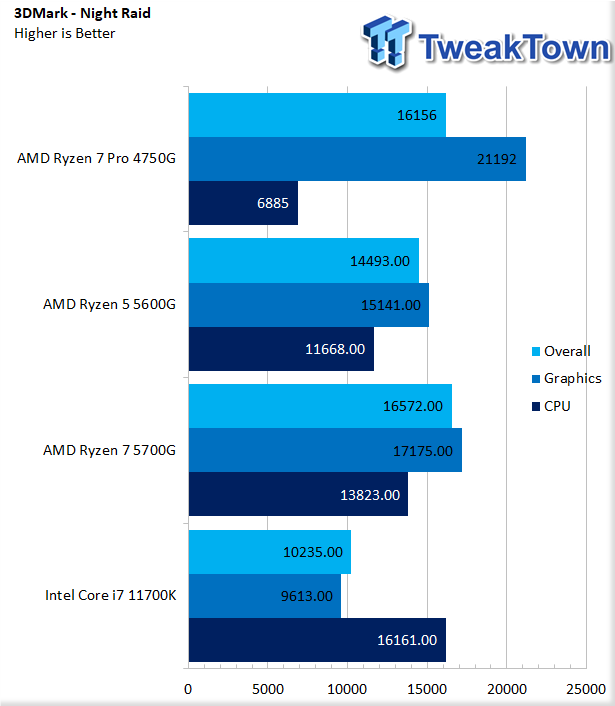 With our first gaming workload, we find the 4750G to be quite a bit better than the 5600 or 5700G, especially in graphics score with a near 6000 point advantage. 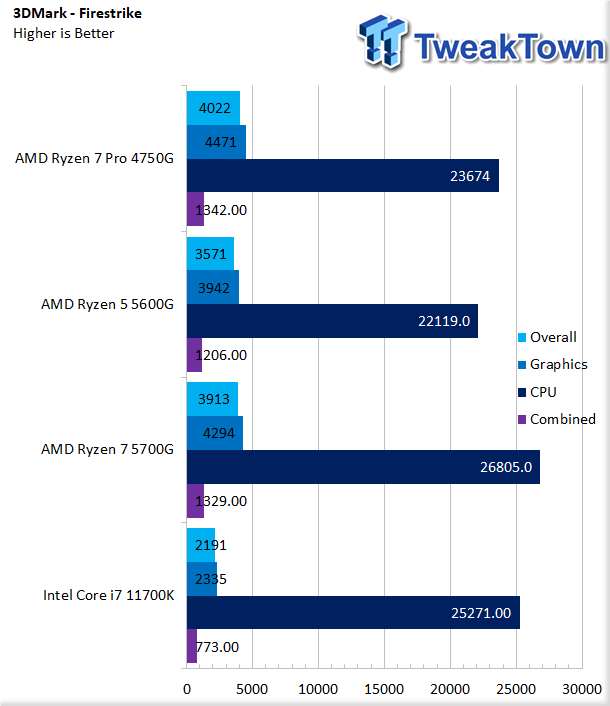 Firestrike brings things together, the 5700G outscoring the 4750G by a narrow margin in CPU performance while graphics and combined scores are nearly identical. 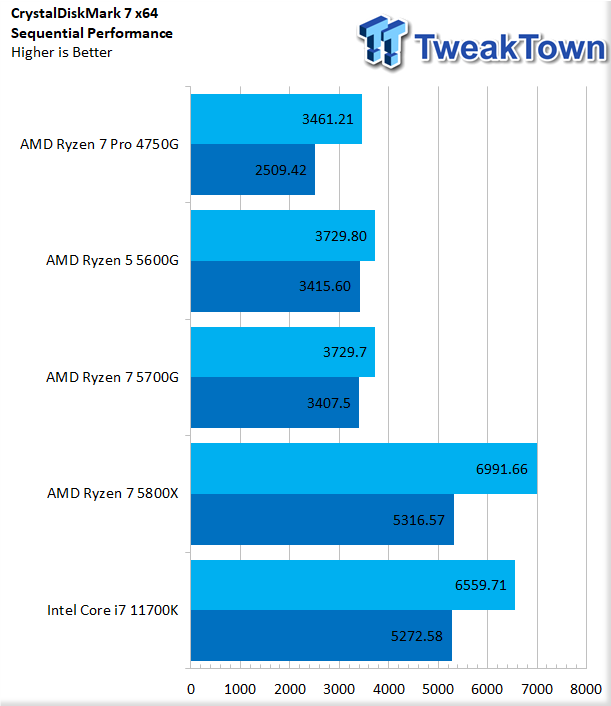 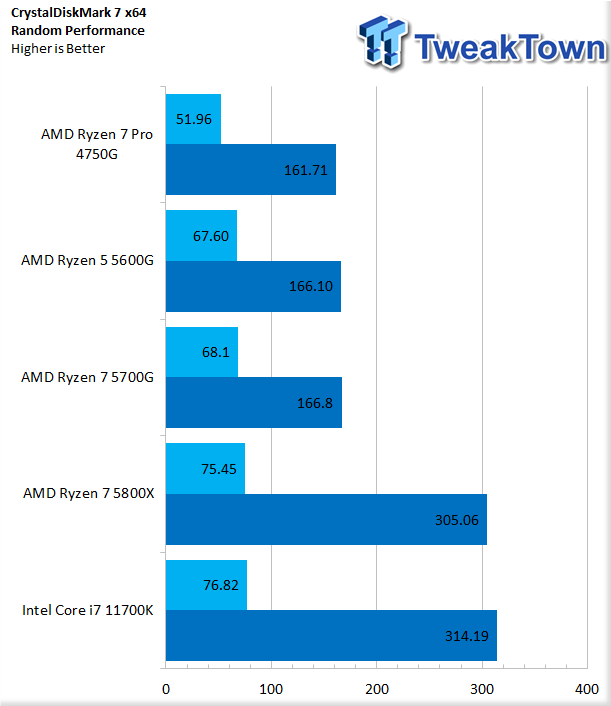 Off the bat, I will say I'm on the fence with these new APUs, and if I'm honest, if the Zen 2 powered Ryzen 7 Pro 4750G were easily attainable for consumers, I don't think AMD would need to introduce these new SKUs today. I'm on the fence because while" technically" these are Zen 3 APUs, they don't carry with them the full complement of technology we were introduced in November last year, namely PCIe Gen4.

In addition, we still have the same Vega 7 and Vega 8 Graphics that were launched on Raven Ridge APUs in 2018, but not all is bad with the 5600 and 5700 G Series. In day-to-day tasks, the single-core IPC gain over even last year 4750G is substantial and damn close to the 5800X. Multi-threaded workloads will run even better too, in our testing, we found a jump of 1500 points in R23 between the 4750G and 5700G. Memory bandwidth is improved, with an adjustment to the controller giving these APUs full bandwidth across all channels while CPUs like the 5800X are hobbled in write operations.

In our two 3DMark workloads, we did see better graphics performance from the older 4750G, but we are chaulking that up to the higher core clock on the Vega 8, 2100MHz vs. the 5700G that operates 100 MHz slower. Assuming these CPUs are readily available at launch, both the 5600 and 5700G will be attractive options for those building a daily driver or those wanting to get into gaming with the performance of Zen 3 + Vega Graphics while waiting for a discrete GPU to become available.

Compatibility: Socket AM4 allows this APU to run with BIOS update.

PCIe: No reason to not have Gen4 at this point.

Vega Graphics: Vega 7 and 8 are dated.