Velop came on strong a few years back, quickly becoming one of the most popular mesh platforms available. Since then, Linksys has released several variations, including black colorway options, that I particularly love.

Their latest iteration is an AX4200-class product that shares a near-identical hardware design to the eero Pro 6. This means we have a 600Mbps 2.4GHz band along with a 5GHz user band at 1.2Gbps. The third band is dedicated to backhaul and operates at 2.4Gbps again on the 5GHz band.

A few options are available with this new platform, and those include one, two, and three-node packs, all with varying price schedules. The single-node AX4200 pack allows for 2700 sq ft of coverage and retails for $249.99, while the two-node pack can extend that coverage to 5400 sq ft for $369.99. The MX12600 three-node setup sent for review can handle 8100 sq ft and retails at $499.99. All three models are granted a three-year warranty from Linksys. 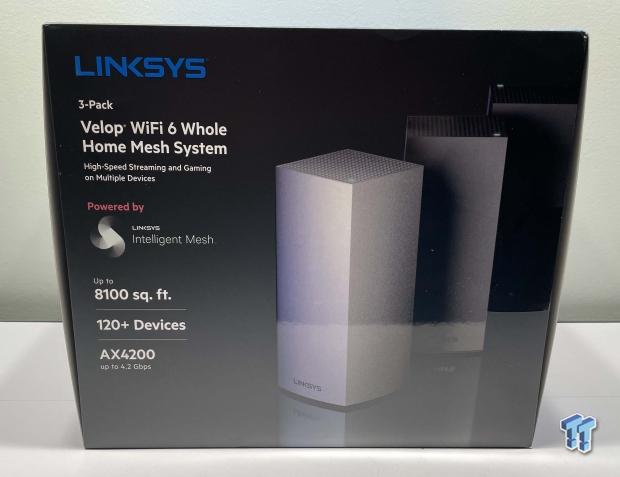 MX12600 has changed the package design for Linksys. We have plenty of branding and marketing on the front, with an image of the nodes centered. 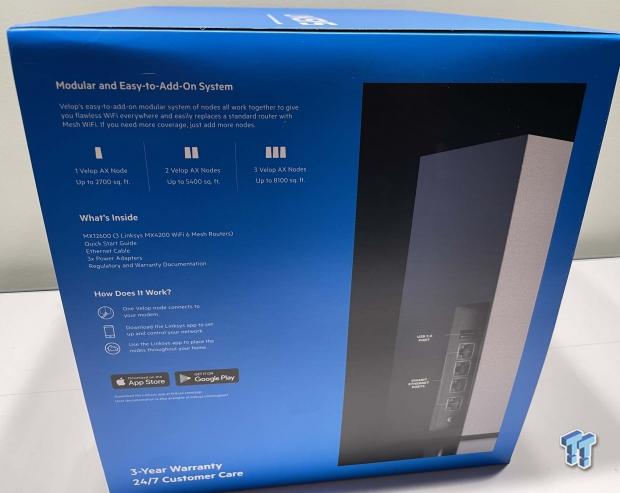 On the backside, you get package contents and warranty info. 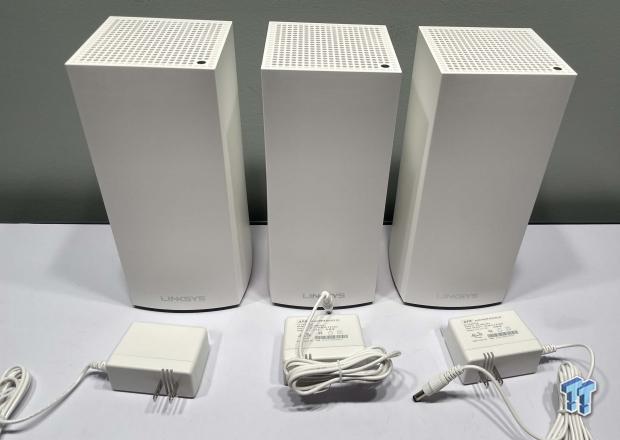 Unboxing, the Velop nodes offer a matte finish, each having its own power cord. On top, we have a singular LED that changes colors to show the status of each node. 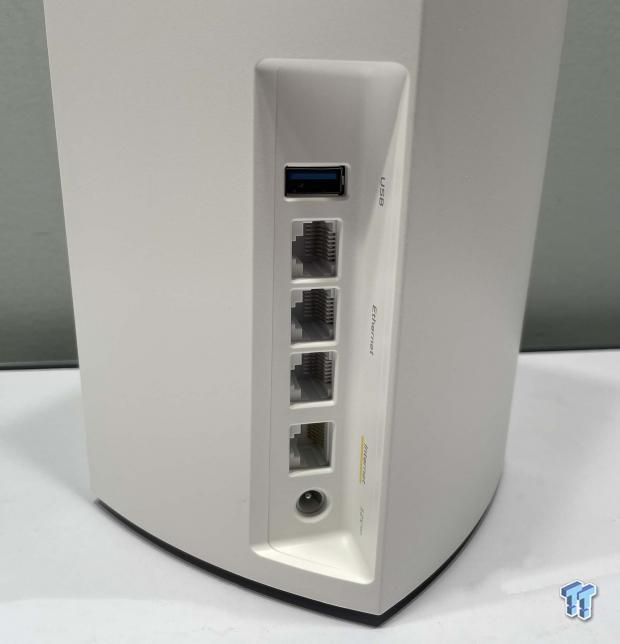 The I/O for each node includes LAN and WAN ports for expanding your wired network and USB 3.0 at the top for storage. 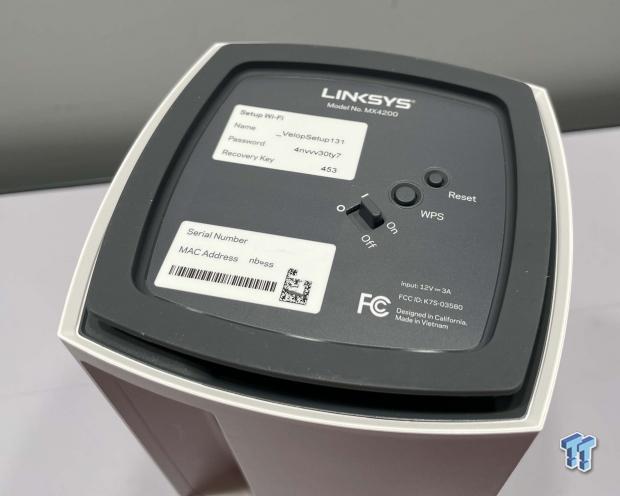 The bottom houses the power switch and reset button.

As per usual, the iPhone 12 Pro was used for setup. The Linksys app continues to be the app of choice for the Velop platform.

The initial setup will require you to plug in and turn on your first node. From there, you wait for the LED to blink purple, and the setup continues.

Moving through setup, the Linksys app will use Bluetooth to search for nodes and allow you to name them accordingly.

Once you complete the setup, you will land at the menu above, where you can see the number of clients connected along with nodes. Below this, you will see the current internet speed and the last five devices to connect to your network.

Further control is gained through the menu bar on the left. This allows access to devices, parental controls, and Wi-Fi settings, to name a few.

Wi-Fi settings include the ability to change the SSID and password with advanced settings on a separate page.

The advanced settings page allows you to choose security type along with Wi-Fi mode. The best feature is the channel finder; this gives the mesh network the ability to scan your area and find the best channel available for your devices.

Velop has basic prioritization features, limited to three devices but enough for your gaming PC and consoles to be at the top of the list. 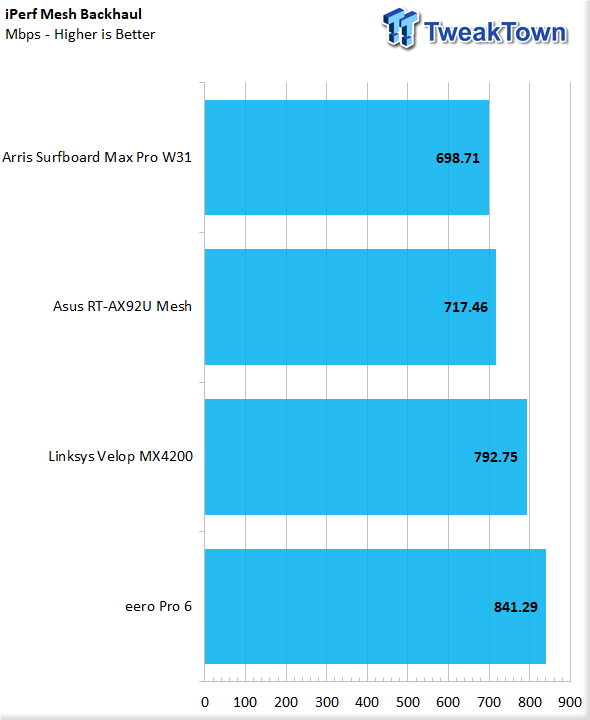 With testing, we saw a solid number from our backhaul testing, the Velop touching 792Mbps. 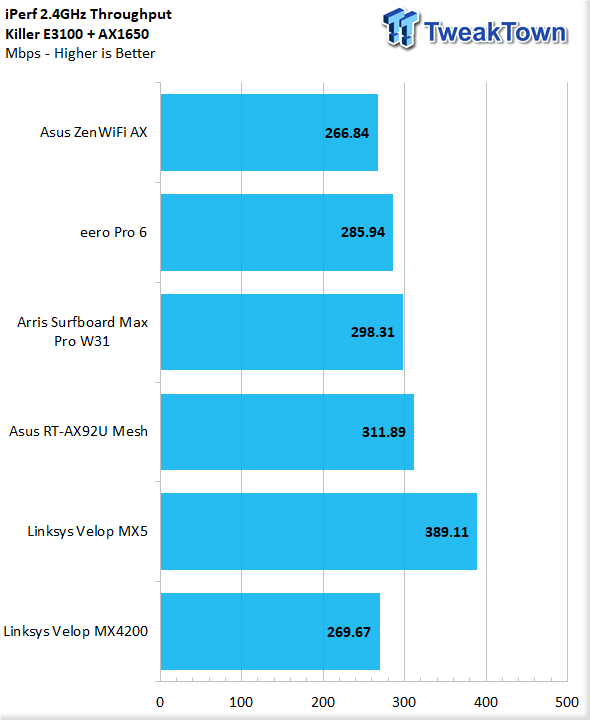 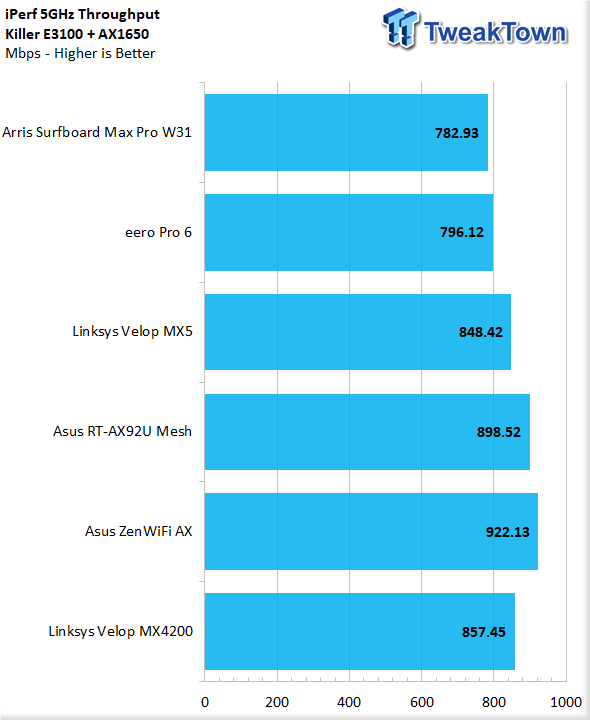 5GHz was slightly better than the MX5, the Velop offering 857Mbps in our testing. 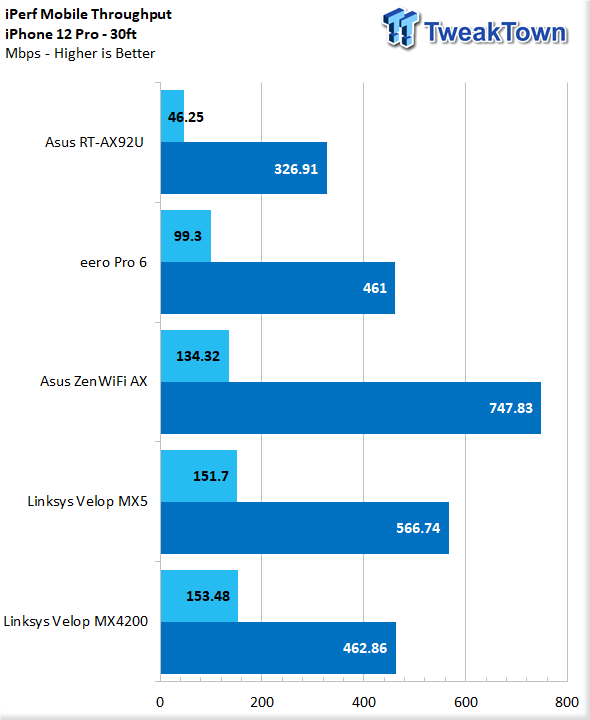 Once again, I was fortunate in my testing to get a chance to use this platform for just over a month in my home network. Velop left me quite happy, but I did run into a few network errors over this time that left nodes disconnected. Luckily these issues were easily resolved by rebooting secondary nodes allowing them to reconnect. Overall, the build quality is solid enough, and the aesthetics are much more in my vein with its matte white exterior.

Velop held its own in testing, showing a solid 792Mbps backhaul between nodes and Wi-Fi through of 269Mbps on the 2.4GHz band and 857Mbps for 5GHz. Mobile throughput was a bit lower but on par with eero Pro 6 at 460Mbps over 5GHz.

For anyone that has used the Linksys app over the last few years, it's mostly unchanged for this platform. However, there are some fantastic options, such as the built-in speed test and channel finder along with prioritization options for those with gaming devices, etc. The latest iteration of Linksys mesh takes Velop into Wi-Fi 6 with reliable hardware and a fantastic software platform behind it.