We were unsure if the asking price of $149 for the Microsoft Xbox One Elite wireless gaming controller would be worth it, but after trying it and putting it through its paces, we can recommend it. 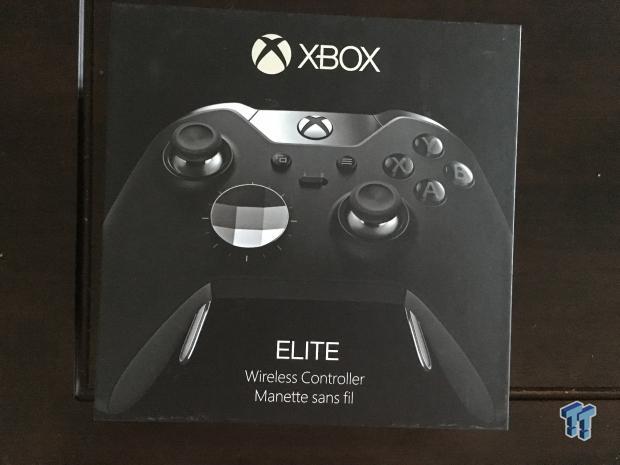 It seems that video game console manufacturers are still striving to find the perfect controller, the one that feels just right in the hand. Sony's success with the DualShock series ever since the original PlayStation console could be seen as some as a lack of innovation, but most people would also agree that Microsoft generally got it right with the Xbox 360 and One.

And so when they announced they were going to release a premium controller, it was a little puzzling to say the least. However, if you look beyond the pack in hardware, third parties have been building ultra-premium controllers for a while and so in many ways, it's surprising it has taken a first party this long to jump on the bandwagon. Microsoft's shot at this market is the Xbox One Elite wireless controller, and despite it being their first foray into the premium controller would, they may have just cracked success first time around.

Microsoft positions this controller as for either professional esports players or those players that want to be able to customize their controller to the nth degree. However, in some ways, they may be underselling the potential market base of this controller because it not only has some features that are clearly designed for hardcore and professional gamers, there are some real improvements to the controller that almost everyone can gain improvements from. 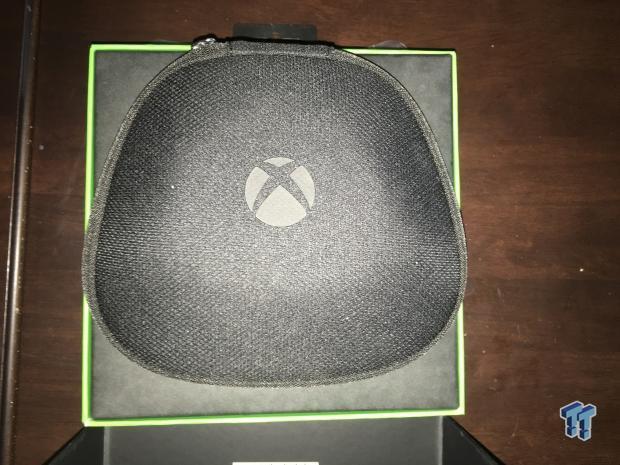 The Xbox One Elite controller comes in a larger box than the usual Xbox One controller, and it's quite a bit heavier to pick up. This is due to the contents of the box including a nice case for the controller backing up the premium moniker of the hardware. And you do need that case because there are so many customizable options, which without it, it would be very easy to lose some of the parts.

It's not over the top fancy packaging that you see with some very high-end video cards and the like, but including a case was the perfect addition by Microsoft especially considering the $149 price tag.

Obviously, the key question that everyone will ask is what makes it so different to the pack in controller despite the higher price. That's where the packed in accessories come to the fore. By default, the controller ships with additional paddles for the rear of the controller, a number of different thumb sticks which offer both a different grip and length, and a brand new dome style DPAD controller.

The key feature of the controller is the ability to switch out items on-the-fly to customize the controller to your liking. Unlike many of the other enhanced controllers on the market that do this, you don't need a screwdriver to change parts out. Instead, you pull the item you want to switch out and replace it with the new item, or with the paddles unhook and hook them in as required.

A lot of the components are optional as well. For example, if you are not using the paddles in a game you might be playing, they do not have to be present on the controller. It's certainly this ease of use that makes it easier to recommend than those other custom controllers available for the Xbox One. 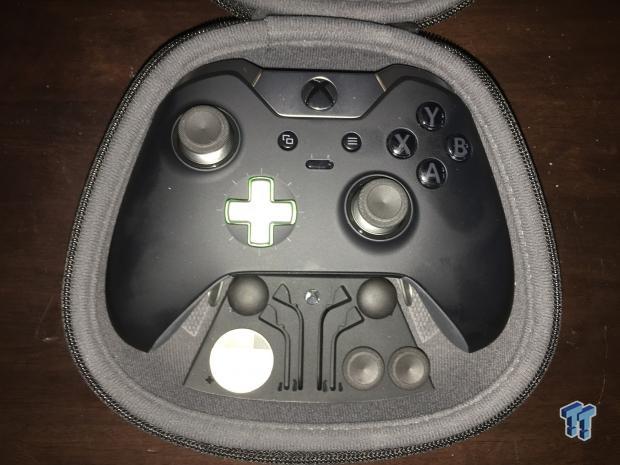 The case that the controller comes with is not only a perfect storage device for the controller but also is the perfect place to keep the interchangeable items. They are small and would be easy to lose, so this inclusion was necessary. The case also does not feel cheap, featuring a zipper to lock the case, and a nice soft material as the cover, which again reinforces the premium nature of this device. 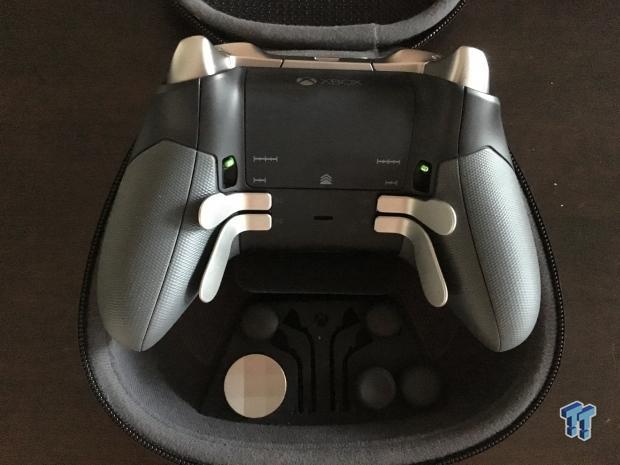 One thing which is disappointing given the premium nature of the device is that it still uses AA batteries. Microsoft has chosen not to include a play and charge kit for the Elite, and perhaps the additional cost that no doubt would have been added to the retail price may have been worth it because it's the only thing that lets the controller down.

Further enhancing the ability to customize the controller, the Xbox Accessories app can be downloaded from the store. It allows you to setup two different configurations for the buttons on the device, and many more can be stored within the app and loaded onto the device meaning that you have a nearly unlimited amount of configurations available. This also allows you to remap the face buttons.

For example, if you find that you like the X button in the position where the Y button sits on the default controller, you can configure it that way. The app is also available for Windows 10, and the device is completely compatible with Windows 10, meaning you in some ways are buying two controllers in one.

Playing games with the controller

Obviously, if the controller does not feel good in the hand, it does not matter how much of a premium device it may look, it's a failure. Thankfully, this is not the case with the Xbox One Elite controller. As you would expect, Microsoft has retained the general shape of the device from the original controller meaning that it is instantly familiar. However, those of you who don't like using heavy controllers may want to try before you buy because this device is heavier than the original controller.

During our testing, we focused on three titles, each completely different from the other which gave us a clear impression as to how this controller adapts to different genres. The titles were FIFA 16, Oxenfree, Killer Instinct Season 2, and Rainbow Six Siege. We feel that these titles represent a broad base of the games available on the Xbox One system and unsurprisingly each genre left us with different thoughts about the need and use of this premium device. 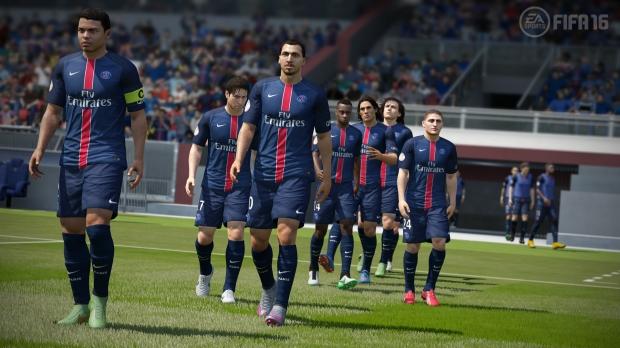 This controller does feel somewhat overkill for sports games. In general, most sports games have decent control schemes and generally do not require the lightning quick reflexes of some other genres such as first person shooters. One thing we found hard to get used to was the paddles at the back. We just kept hitting them when trying to use the controller. They can, of course, be removed easily, so this is not a major issue with the device.

We also don't feel we gained much of an advantage using the controller. Although one of the positives was that mapping the face buttons helped when it comes to playing both Pro Evolution Soccer and FIFA at the same time (by default these have separate button configurations that can see you pressing pass instead of shoot.)

Oxenfree is a story driven RPG game that does not demand a huge amount from the player and instead enthralls the player with its story and atmosphere. Again, like FIFA, using the controller just seemed overkill and it really did not suit this genre (other than the fact, of course, it can act as a regular Xbox One controller). This may seem like a weird choice for us to pick as a game to test the device with, but we wanted to cover even the most passive style of game to see how this controller really stacks up over the library of Xbox One games. 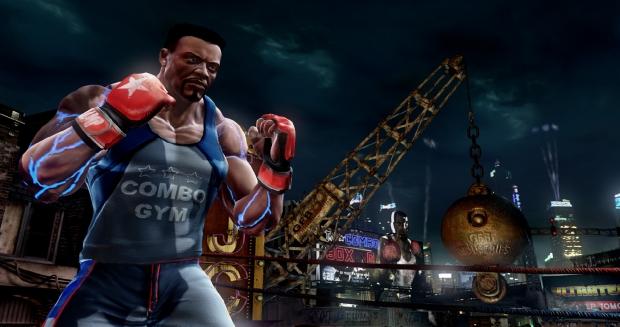 This was one of the games we were most eager to try because of the new DPAD dome that ships with the device. Fighting games are notoriously difficult to control on a regular gamepad. The most serious fans shell out hundreds of dollars for a top of the line arcade stick, so we were keen to see if Microsoft's simple fix could improve the experience.

The answer is a resounding yes. While the controller still does not give you the finesse a regular arcade stick will, it certainly is a massive improvement upon that which the default controller gives you. The dome instead of just having a four-way divot, has numerous divots which give a much wider scope of control than the regular gamepad. It would be nice if Microsoft took this particular feature down to the regular controller as an option because it certainly is a major improvement.

This was again a game we were very keen to try as this really represents the hardcore spectrum of the test. Rainbow Six Siege is a very difficult game, with very tight gunplay and requires a very high level of precision to be successful. Quick reflexes are also needed. This made it the perfect test for this gamepad.

Again, the game felt improved with this controller. The hair trigger locks were particularly useful with this game, and while it could be coincidence, we found it much easier to get headshots and our reflex time did seem quicker. This is the type of game Microsoft was no doubt thinking of when it designed the Elite controller, and it performs well. The paddles at the back of the controller also came in use during this game, and we found the paddles quicker to access than the face buttons in the heat of combat.

We have to be honest, at E3 when Microsoft announced the Xbox One Elite controller, we wondered where the market was beside the professional market and if the gaming community was willing to pay $149 for what at the time felt like a slightly improved, customizable controller.

However, we were wrong. The Xbox One Elite controller has so many benefits to it (customizability, easily change parts, add more controls such as the paddles and a new style of DPAD) that it's hard to recommend the regular pack in controller as a primary device.

Microsoft clearly knew that this product could be a tough sell so implemented easy ways to change the device on-the-fly and also a very tight software tool that allows to remap keys and store an almost unlimited amount of configurations that can be loaded onto the controller at any time.

The Bottom Line: We were unsure if the asking price of $149 for the Microsoft Xbox One Elite wireless gaming controller would be worth it, but after trying it and putting it through its paces, we can recommend it.