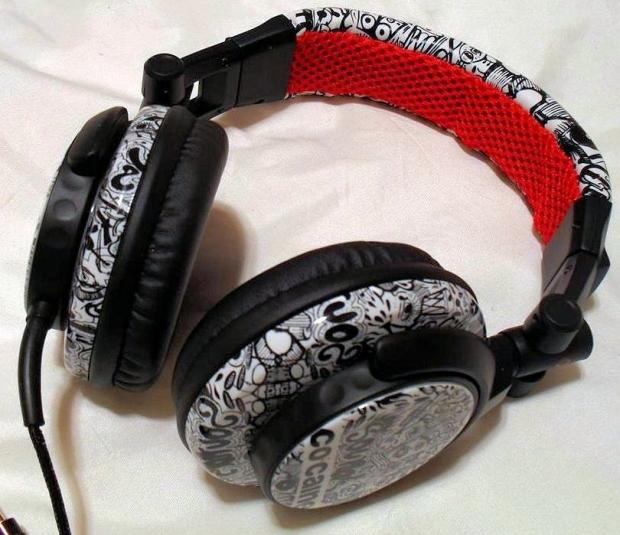 The first thing that hit us with the HIS CO:CAINE Headphone Sound Clash was the frightening choice of exterior decoration which is claimed to be street art, but looks more like some bizarre cave drawing slash hieroglyphic and bares no telling resemblance to any street art we have ever seen. 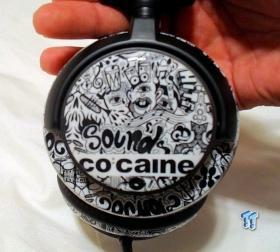 However, at the price point of around $45, we are most keen on hearing what the headset can do and are less concerned about exterior details. Overall though, the headset is well built and feels like it has been built from some decent and rugged materials, which we like. Since this headset is designed primarily for listening to music, there is not a whole deal of different parameters to discuss in terms of software and surround sound capabilities. 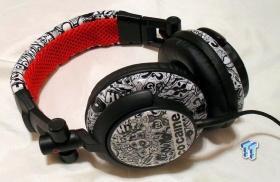 Taking a closer inspection at the system and we can see some key features that make it an attractive offering. Firstly of interest is that the manufacturer claims this system to be a performance stereo headphone for high quality audio sources. Also offered are individually adjustable headband design, which will allow the best possible fit to the user's ear that will ensure they sound their best at all times. 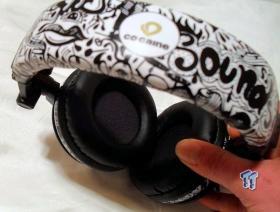 Since this headset is designed for music listening primarily, there is no built-in Mic for voice chat, so that should makes things even more direct in terms of accessing raw sound quality.

Looking at the specs given and the first thing that pops to mind for us is the generous 50mm driver that we always go on about because of how the inherent size always allows for greater bass extension down low. 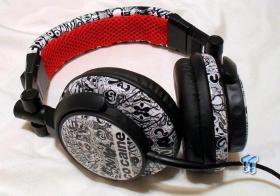 And it must be that our sentiments are beginning to stick because an ever increasing number of companies are now opting to use a 50mm driver as almost a standard, which is a smart move. This is largely due to the fact that maintaining a decent low-end is crucial for a headset because this is the area that most often differs from full sized 'room speakers'.

The cable length given for the system is 1.5 meters and that is perfectly acceptable, however, we did find ourselves mindful of the cable when using the headset with a desktop system, but this issue was not present when using a portable such as an iPod.

Given that this headset is aimed mostly at people on the go with portable devices, the choice was made to use a stereo mini jack connection, which we felt was fine for this application. Construction wise, the headset felt great to both wear and hold, with good quality plastic being used throughout and a decent amount of good engineering to make sure it all holds together well. 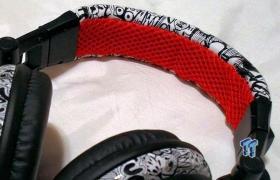 The HIS CO:CAINE Headphone Sound Clash's offer a different style approach that will either be loved or hated, but we like the way that such a large choice of designs is available for the user to decide between.

Overall sound quality was for the most part really quite impressive, and we found that listening to music on a general basis was an enjoyable experience. 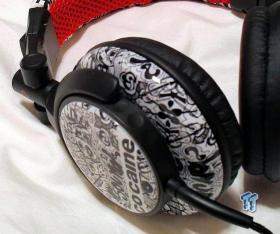 Testing of music was an overall very pleasing experience using the HIS CO:CAINE Sound Clash. We used a wide variety of music to test the headset out with generally positive results. Testing was conducted across an iPhone 5 and a Windows 8 computer system using a variety of different music that tests each area of sound.

The balance of the mid-range was really good also with a nice smoothness that is instantly appreciable as soon as listening takes place. We also found the mid-range to be quite detailed and open sounding which was a nice touch that we enjoyed. Testing of the high-end was also pretty good overall, and we felt that HIS managed to extract as much as possible from the 50mm driver being used to result in a balanced sound overall.

Whether the styling of the headset appeals or not is going to be a personal matter, with the rather bold and out there 'street art' being, let's say, an artistic spin on an artistic pastime. On the flip side, however, there are a multitude of different color designs to choose from, so we think that whoever you are, there should be a design to match.

In terms of the overall experience of using the headset on a daily basis we found it to be comfortable, sturdy and well-built and the sort of thing that could certainly withstand a few drops and scrapes. The HIS CO:CAINE Headphone Sound Clash are a really unique little headset that combine good value with sturdy build quality and a comfortable design that most should find enjoyable to use. 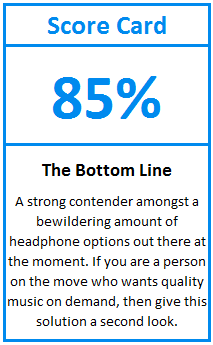