In the early stages of this year, Super Talent announced they had certified a second drive for use with Windows to Go. The RC4 as its known takes over where the previous RC8 left off, though this time around Super Talent chose to steer away from the SandForce FSP that was found in the RC8, opting for the latest from JMicron instead.

The Express RC4 is one of a very few drives that have been certified for use with Windows to Go. The RC4 is available in 32, 64, 128 and 256GB capacities with the 32GB capacity in house today. Marketing performance shows that the RC4 is a very capable drive with 320MB/s read and 120MB/s write in the specifications. Each capacity in the RC4 series has a three year warranty.

Looking over the RC4, I must say it is one of the most elegant drives I have tested. The chosen build materials consist of a center structure of aluminium with plastic coverings to protect the internal PCB.

Like similar Windows to Go drives, the RC4 uses a capped design. 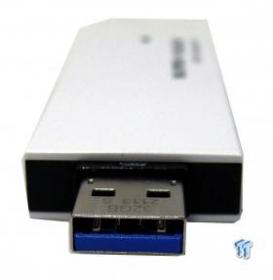 With the port colored blue, we know the RC4 is ready for USB 3.0, while maintaining USB 2.0 compatibility. 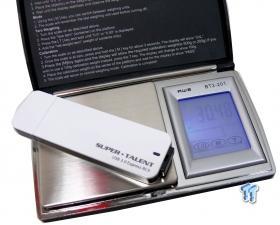 Thanks the aluminium structure found in the RC4, the drive does carry a bit of weight. Here you can see it came in at 30.48 grams on our scale.

Internally the RC4 uses the JMicron JMF667H four channel FSP, and above this we find the JMS568 USB 3.0/SATA III Bridge, with a very nice 128MB cache from Nanya. Additionally we find a single NAND flash package from Toshiba on the front followed by three more on the backside of the PCB all of which are manufactured on the 19nm process. 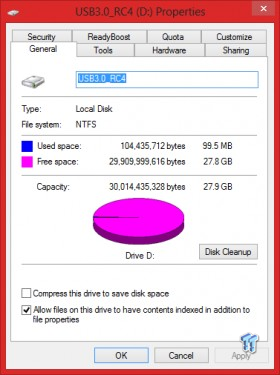 The Super Talent Express RC4 is factory formatted with the NTFS file system, with usable capacity after formatting at 27.9GB. 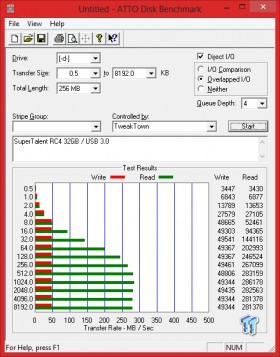 Running the RC4 through our ATTO Disk Benchmark, we found the drive to peak at 281MB/s read and 49MB/s write. With higher capacity drives, we can expect the write numbers to respond accordingly. 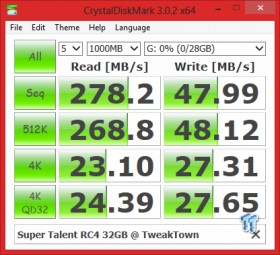 Running the RC4 through CDM, we were able to achieve sequential read speeds upwards of 280MB/s, while write speeds touched 47MB/s. Random reads were equally impressive touching 268MB/s, with writes landing at 48MB/s. 4K read where this drive will do most of its work arrived at 23MB/s, adding QD of 32 the drive was a touch quicker at 24MB/s. 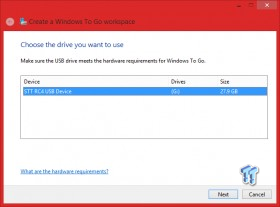 Setting up our Windows to Go workspace, the RC4 was recognized without issue. 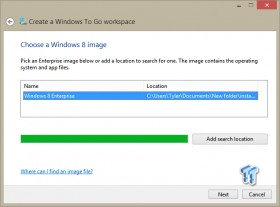 Here we chose our Windows 8 Enterprise image for installation. 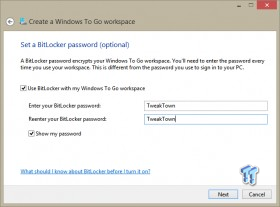 We then have the option to enable bit locker encryption for our drive. 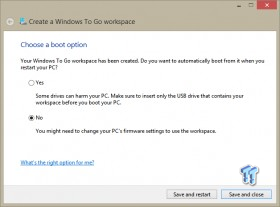 After successful creation of our workspace, we are ready to boot from the drive.

With the RC4, Super Talent has created an additional option for corporate users that have the need for a Windows workspace on the go. Aesthetically the RC4 exudes professionalism with its sleek design; additionally the build quality with its internal aluminium structure offers ample durability.

Performance of the RC4 was exceptional when it came to sequential read, where we touched 278MB/s in both ATTO and CDM. With large block random read the RC4 excelled slowing down just a touch at 268MB/s.

Pricing for the Express RC4 has the 32GB model we tested here today at $99.99. This effectively puts this drive in the high $3 per GB market, and to be honest, this is the only fault I could find with this drive. 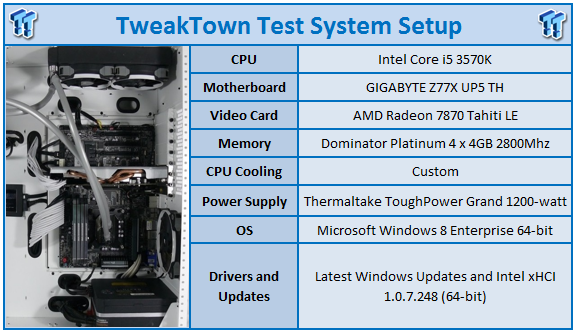