Life in Hollywood is both ironic and peculiar, but I can't think of any in recent times that come close to the career resurgence of Ben Affleck. In a short time he went from career highs of Good Will Hunting and Armageddon to leading roles in stinkers such as Pearl Harbor, Gigli, Daredevil and Jersey Girl. That's not just taking poor career advice - that's deliberate self sabotage. But fast forward a few years and Affleck returned with The Town, a bank heist drama that received solid critical success. But his next effort made the Academy sit up and take notice - awarding it the 2013 Best Picture Oscar; Argo. 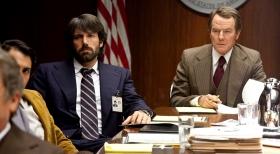 Adapted from the novel The Master of Disguise, itself based on the little known, but true story of the ransacking of the U.S. embassy in Iran in 1979, Argo is the name of the fictitious movie created under the auspices of the CIA, spearheaded by agent Tony Mendez (Ben Affleck), as a cover to extract six American members of the embassy staff from a country baying for American blood. With time running out and Iranians becoming suspicious of the Canadian consulate, Mendez must navigate the bloated bureaucracy in order to bring back the Americans before they are discovered.

Whilst it takes certain liberties with fact for dramatic purposes, I found Argo to be one of the most interesting, well made and satisfying motion pictures I've had the pleasure of experiencing in a very long time. Visually, editorially and directorially Argo is an amazing ride with great performances by the cast, including the always dependable character actor Bryan Cranston (of Breaking Bad fame), made all the more tense by the fact that so few know the outcome of the real story. Argo is great filmmaking and comes highly recommended. 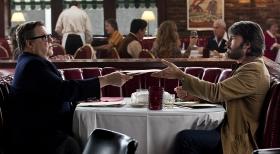 Argo is presented in the film's original aspect ratio of 2.40:1, encoded with AVC MPEG-4 compression.

Utilizing footage from numerous sources, including Super8, archival standard definition footage and 35mm, Argo's transfer is crisp and clear, while retaining the texture and look of a movie shot on negative - a quality that Director Ben Affleck was intent on retaining.

The film has a very pleasant visual style that dials back some of the colors to leave a desaturated image which assists to ground the film in its historical timeframe. Whilst there are a number of film artifacts at the beginning of the film, these are a deliberate artistic choice to aid the aforementioned.

The film features a significant amount of digital work to erase modern landmarks, but these are unnoticeable and don't bring attention to themselves.

Sometimes Blu-ray audio mixes surprise. The ones you assume will rock the house don't necessarily and the ones that you underestimate end up overcompensating. Happily, Argo falls into the latter category. 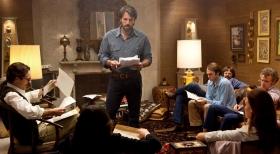 From the opening moments of the film, it's clear that Argo will take viewers right into the thick of the tumult, creating a supreme sense of urgency that instantly makes viewers sit up and pay attention. There's a significant amount of ambience and directional effects, with mobs encircling and rising anger.

I can't recall any audio intelligibility issues, and although there's been some ADR work, none have affected the audio sync. Low frequency is present and accounted for, underscoring more action oriented moments and the film's score.

Warner have assembled a good collection of extra features which balance the real life events, as well as the film's production. Let's take a look.

First up is an Audio Commentary featuring director and star Ben Affleck, joined by writer Chris Terrio. Affleck proves to be an interesting speaker and I especially enjoyed hearing about the reasons for the film's dramatization, although Terrio is keen to point out that the film does reveal some previously undisclosed facts which were folded into the shooting script.

Next is the Picture-in-picture Video Commentary which brings together the real life figures, including the house guests and the real Tony Mendez for on-camera interview which are sprinkled through the film. The track proves to be a fascinating source for fans desiring more information from primary sources.

The longest feature is the made-for-TV Escape from Tehran: The Hollywood Option Documentary, a comprehensive companion to the video commentary, revealing the historical events in detail, using dramatized footage and news clips. As this special pre-dates the film by a number of years, there is no footage from the film.

The CIA and the Hollywood Connection and Rescued from Tehran: We Were There featurettes expand slightly on the previous documentary, but utilize newly shot (and high definition) interviews, interspersed with film footage. Interesting features in isolation, but after three hours of features on the real life events, there is a considerable amount of repetition here.

The final featurette; Absolute Authenticity, is concerned with the high degree of effort undertaken to display a convincing circa 1980 backdrop, including the significant, yet invisible computer generated alterations. Of note was the allowance by the U.S. government to the production to film in the foyer and in front of the real C.I.A. building in Washington, D.C. 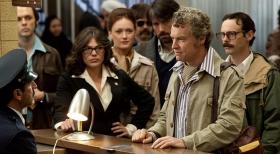