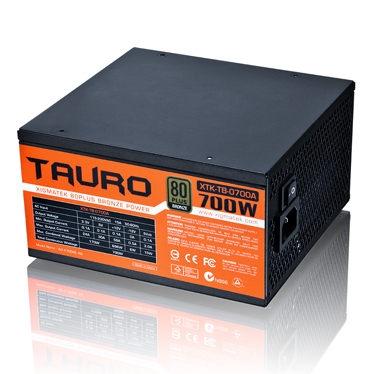 Last month, we covered the start of Xigmatek's power supply refresh with the launch of the Centauro 1000W unit. The Centauro is aimed towards power users and enthusiast. It would only make sense for Xigmatek to follow up the launch with a power supply line for those who don't demand as much out of their systems. That is just was we are covering today and what the new Tauro series represents for Xigmatek.

The biggest difference that most consumers will find is the lack of modular cabling. There are some very big differences on the inside too.

Let's start taking a look at the Tauro 700W power supply and see just what it has to offer. 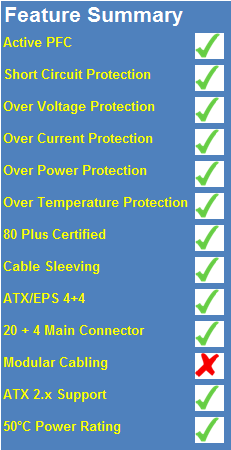 Even though Xigmatek aims to catch the lower half of the power supply market with the Tauro series, it is still packed with the features that matter most. Voltage, power, circuit and temperature protections are all present and accounted for. The unit is rated for 80Plus Bronze efficiency. All cables are fully sleeved on the power supply, all of which are natively wired. The Tauro 700W features only a single ATX4+4/EPS12V connector.

Pricing for the Xigmatek Tauro 700W is unknown at this time. Pricing will definitely be the key to making the unit a success and we are fairly certain that the Tauro series will be priced well considering its features and performance. Warranty for the Tauro series is a rather short three years. 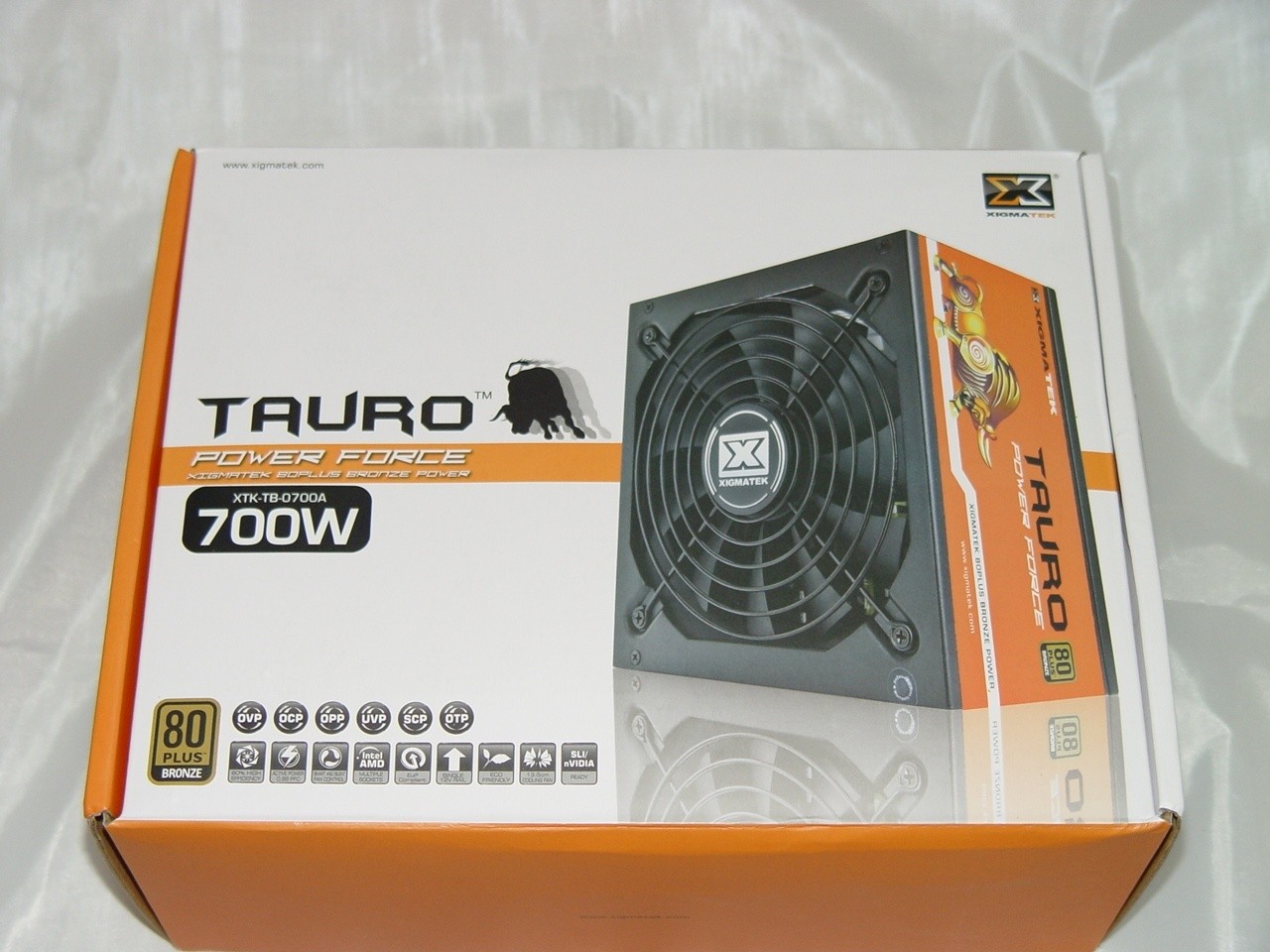 Xigmatek does a great job on the front of the box with a shot of the unit, wattage, 80Plus certification and a pictorial list of features. This is very similar to what we saw with the Centauro series, just on a white/orange box this time. 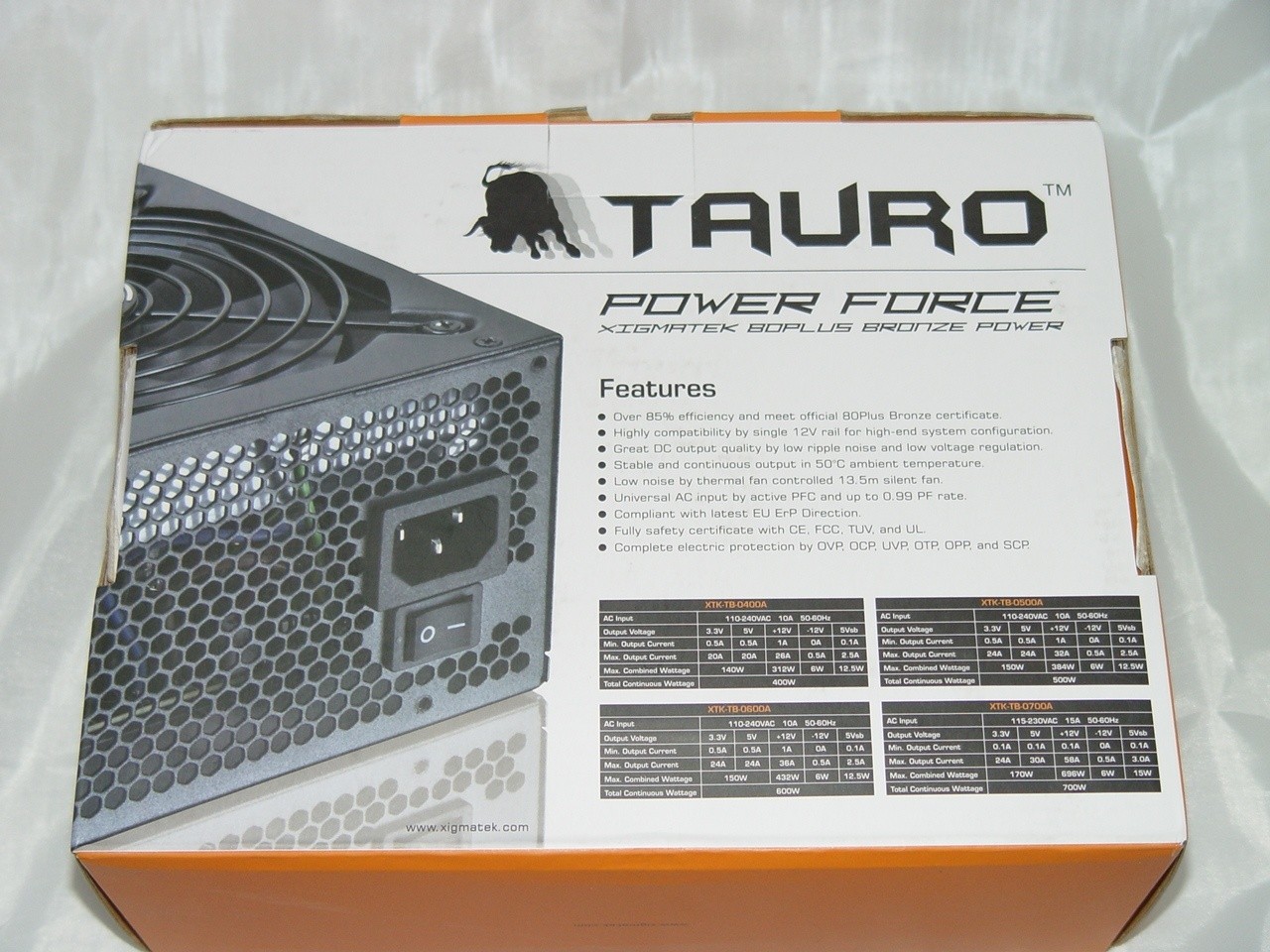 The back expands on the unit a tad bit more with more features and the I/O specifications for the entire Tauro series of power supplies. 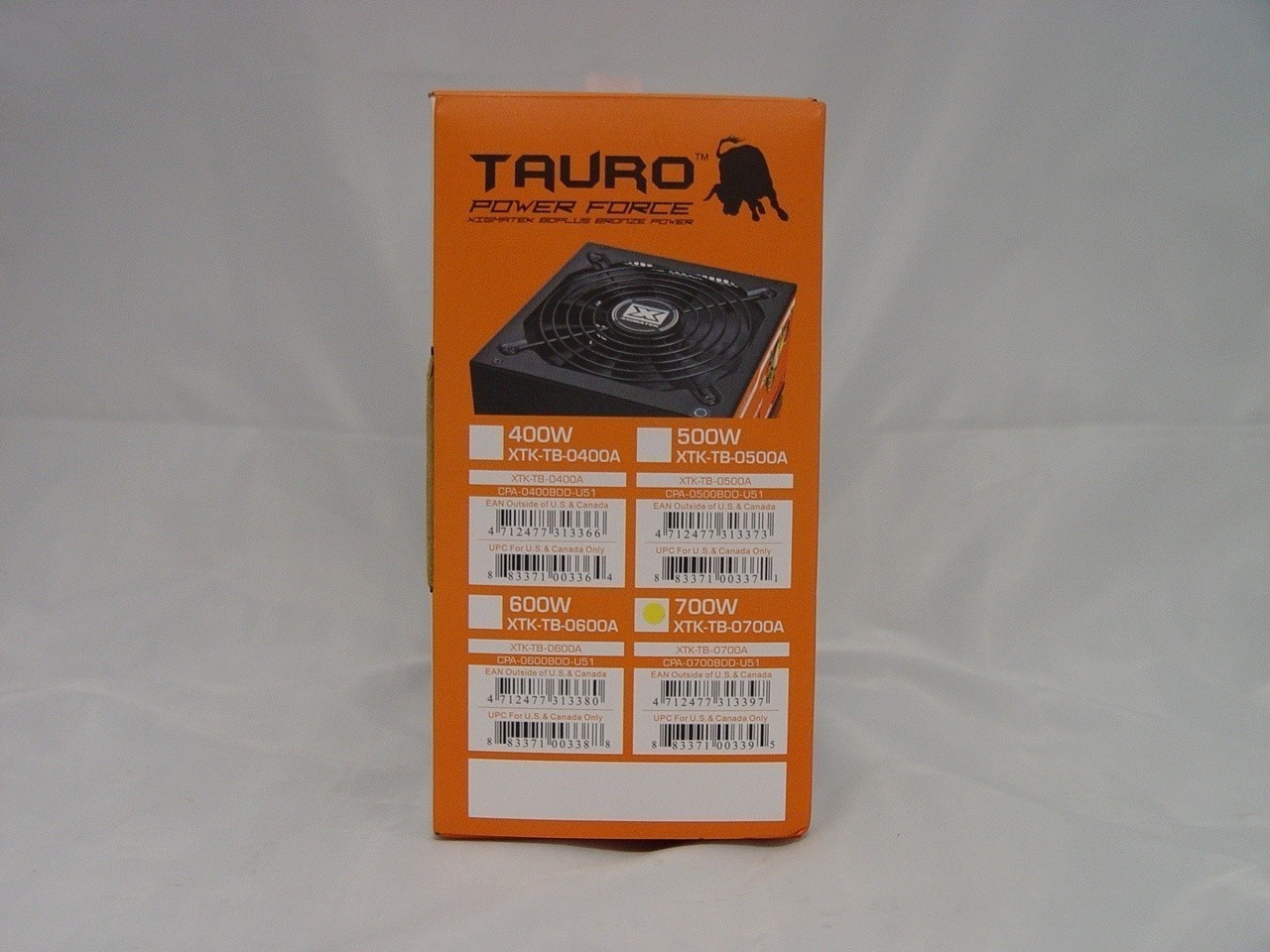 One side gives us barcode and serial number information for the unit. 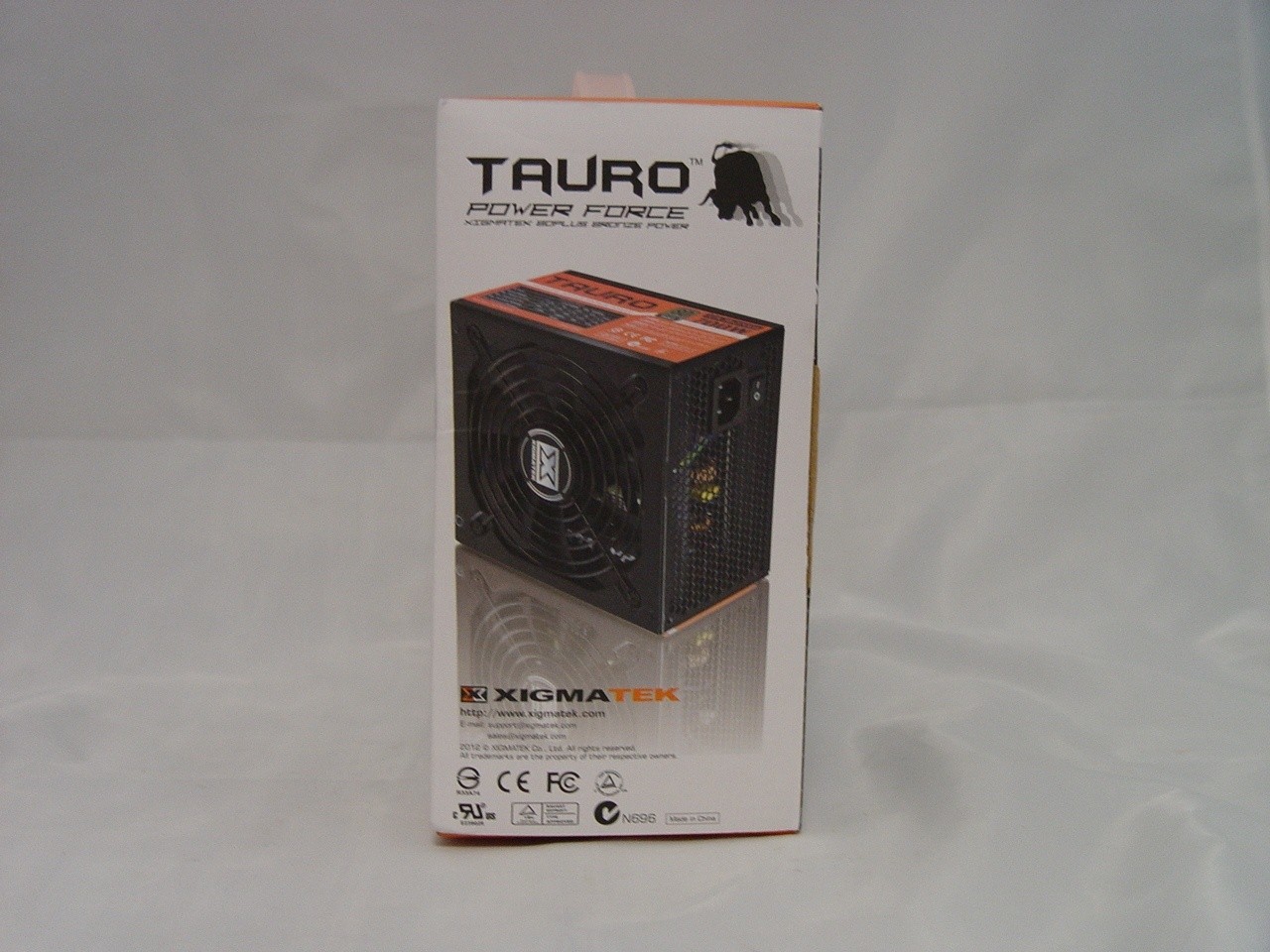 Over on the other side, we find another shot of the unit and some contact information. 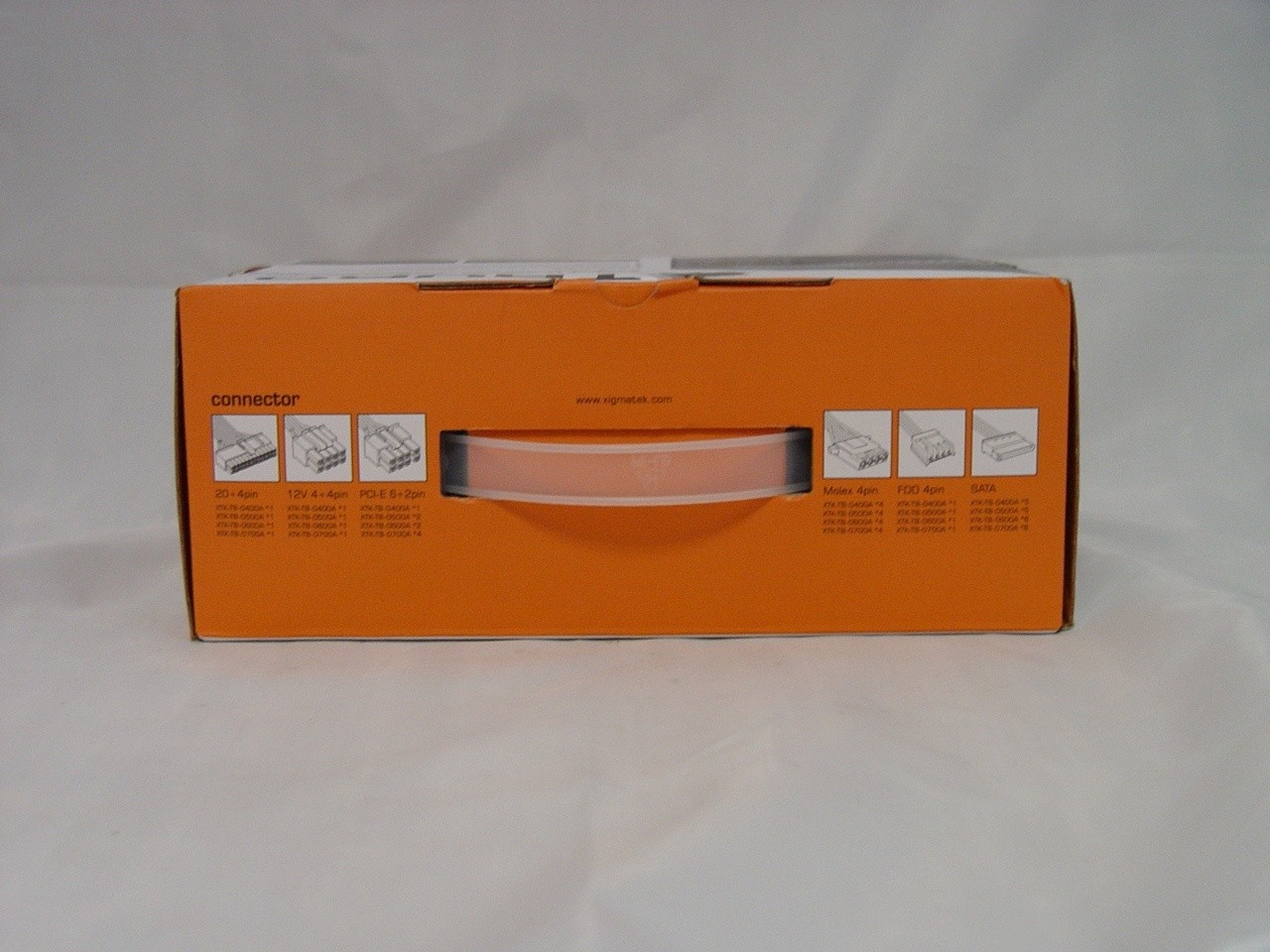 Moving to the top of the box, we find a list of connectors available on the unit without cable length. 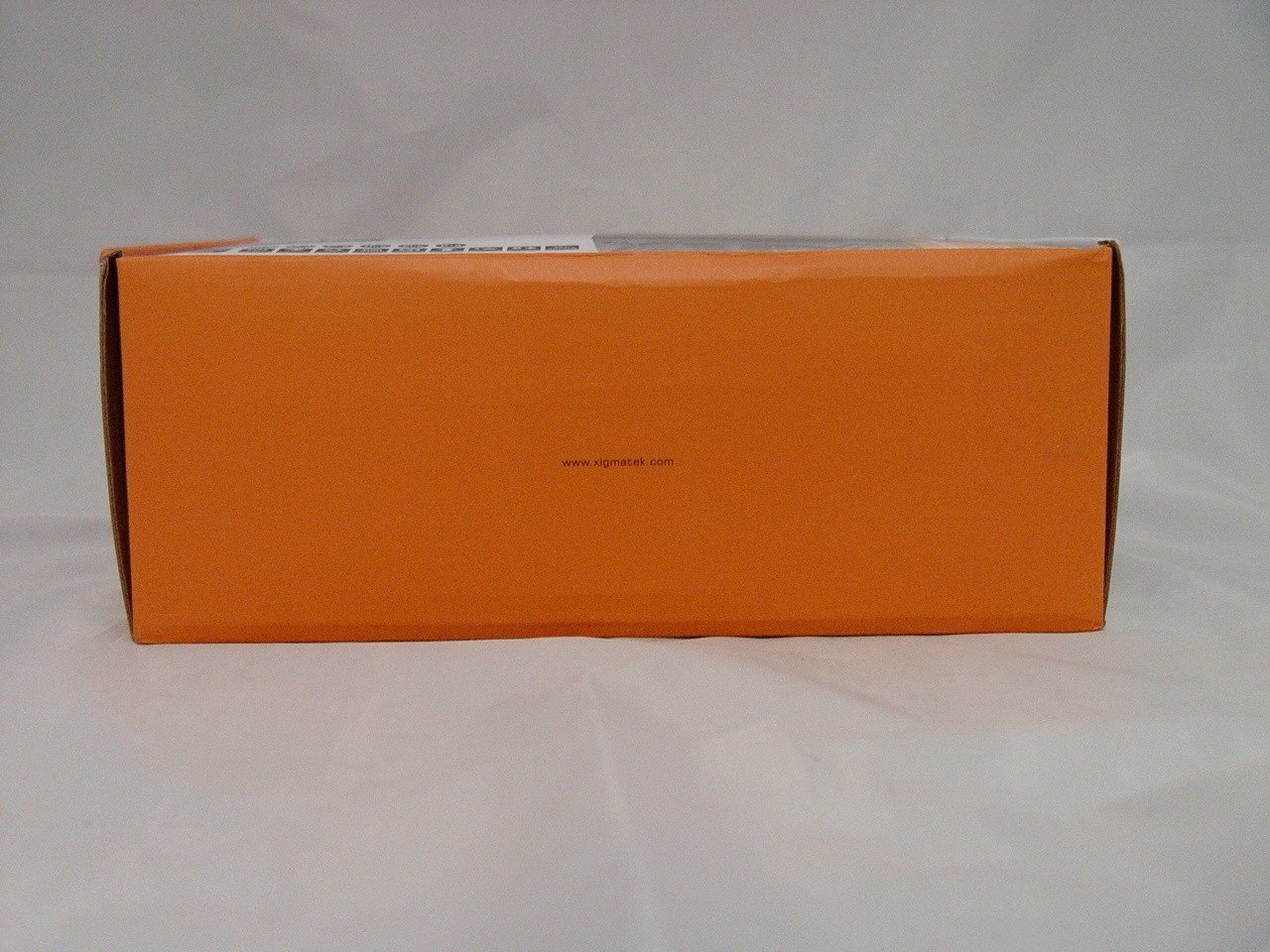 The bottom has nothing for than the URL for Xigmatek's website. 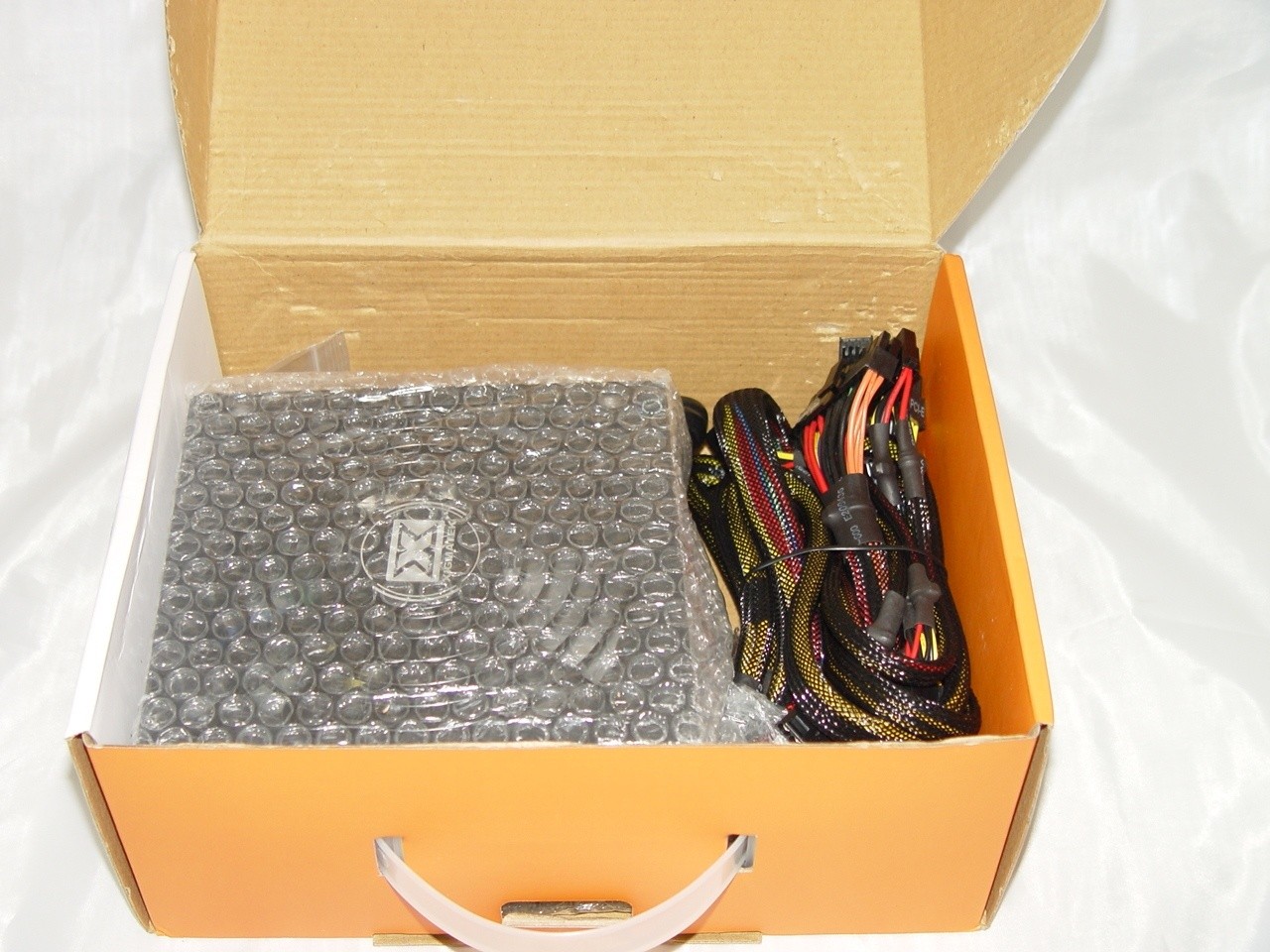 The packaging for the Tauro series from Xigmatek certainly leaves something to be desired. The only protection the unit receives is from the very thin bubble wrap surrounding the unit. There is no foam inside the box and you can see the damage that the connectors have done to the back and side of the box. It is very obvious that the power supply won't be able to take much abuse during shipping and handling. 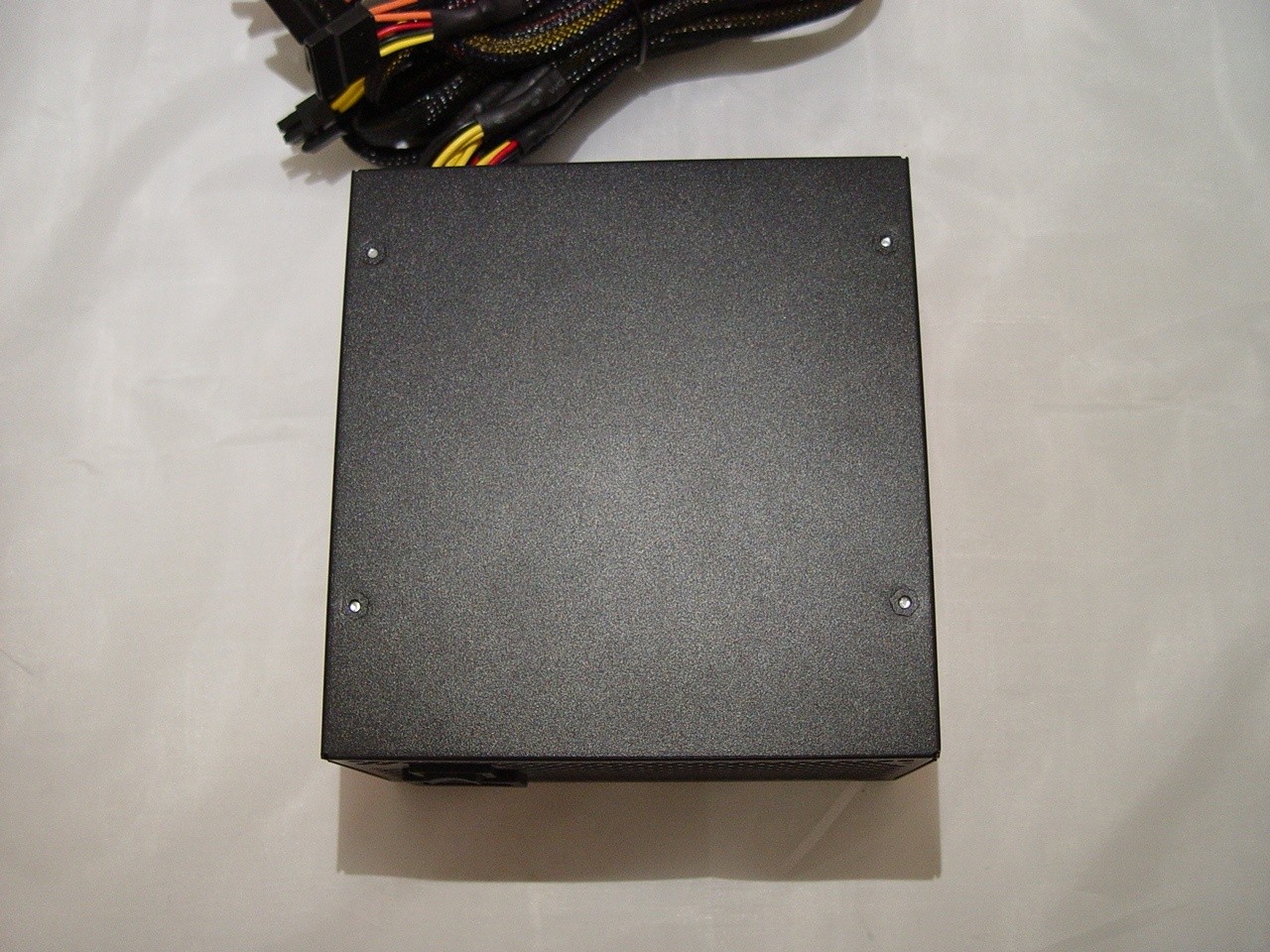 The top of the unit gives us a great shot at the matte black finish used on the power supply. 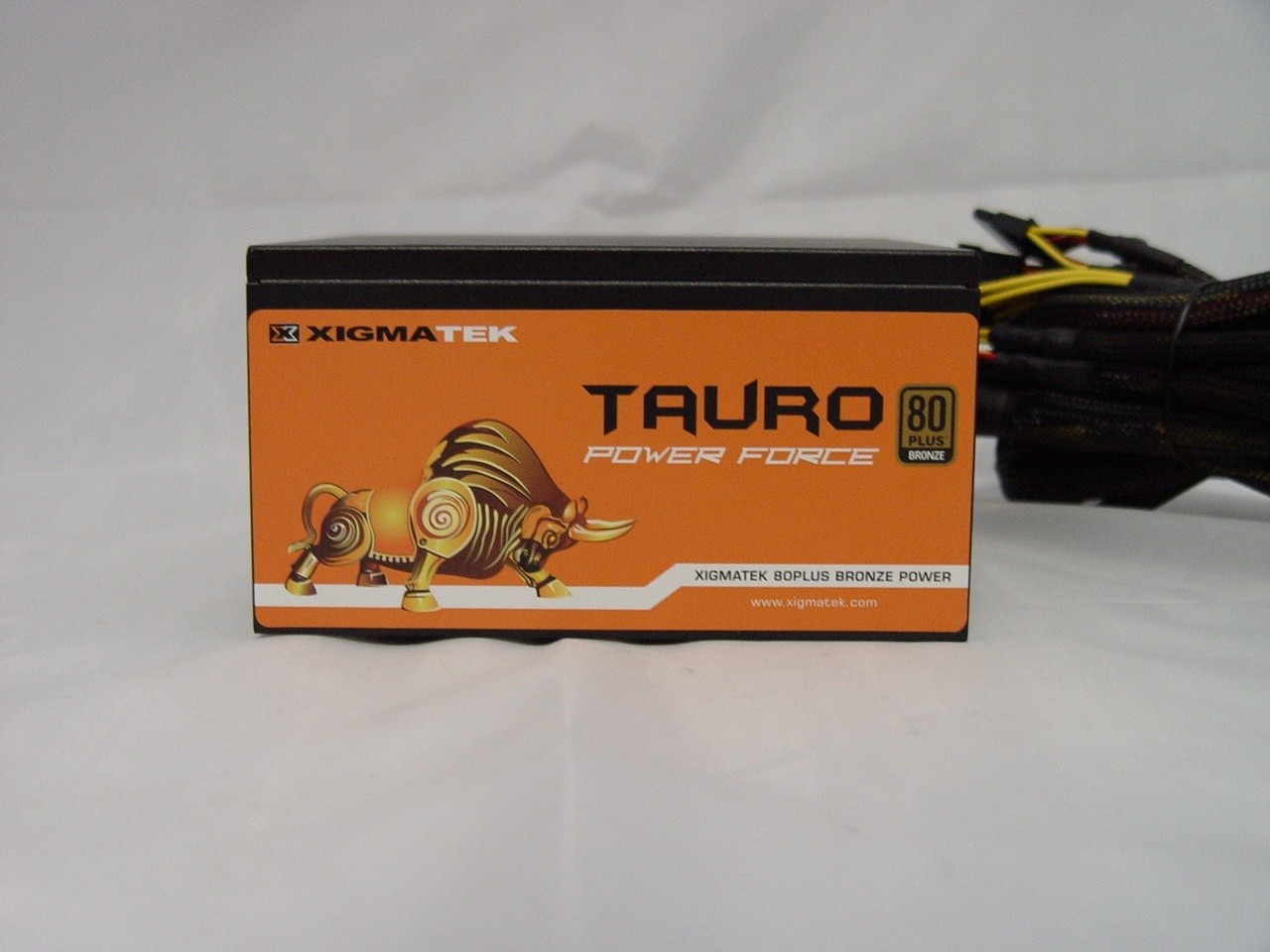 One side of the unit simply has the Tauro logo stuck on it. 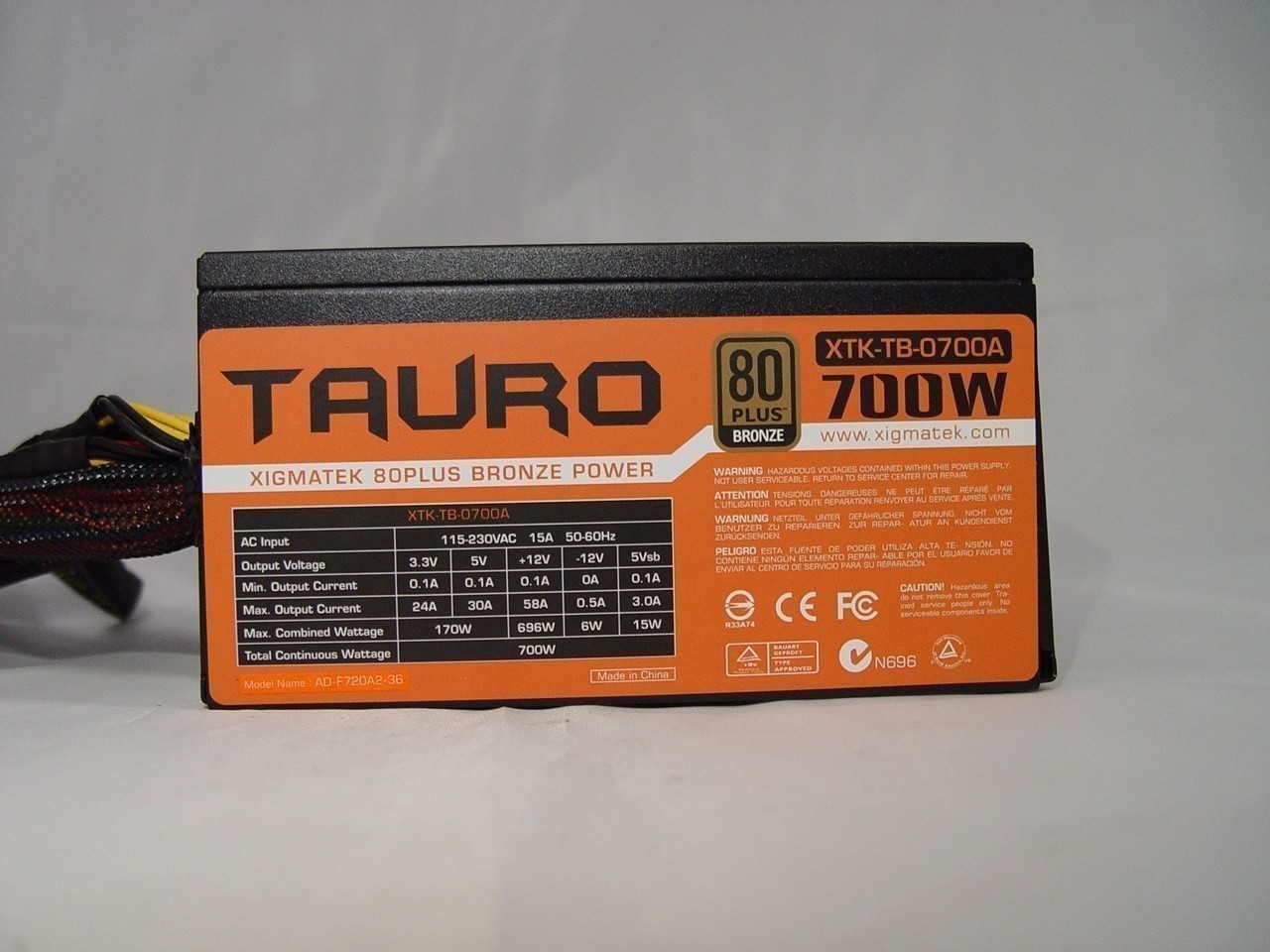 The I/O specification label can be found on the other side of the power supply. 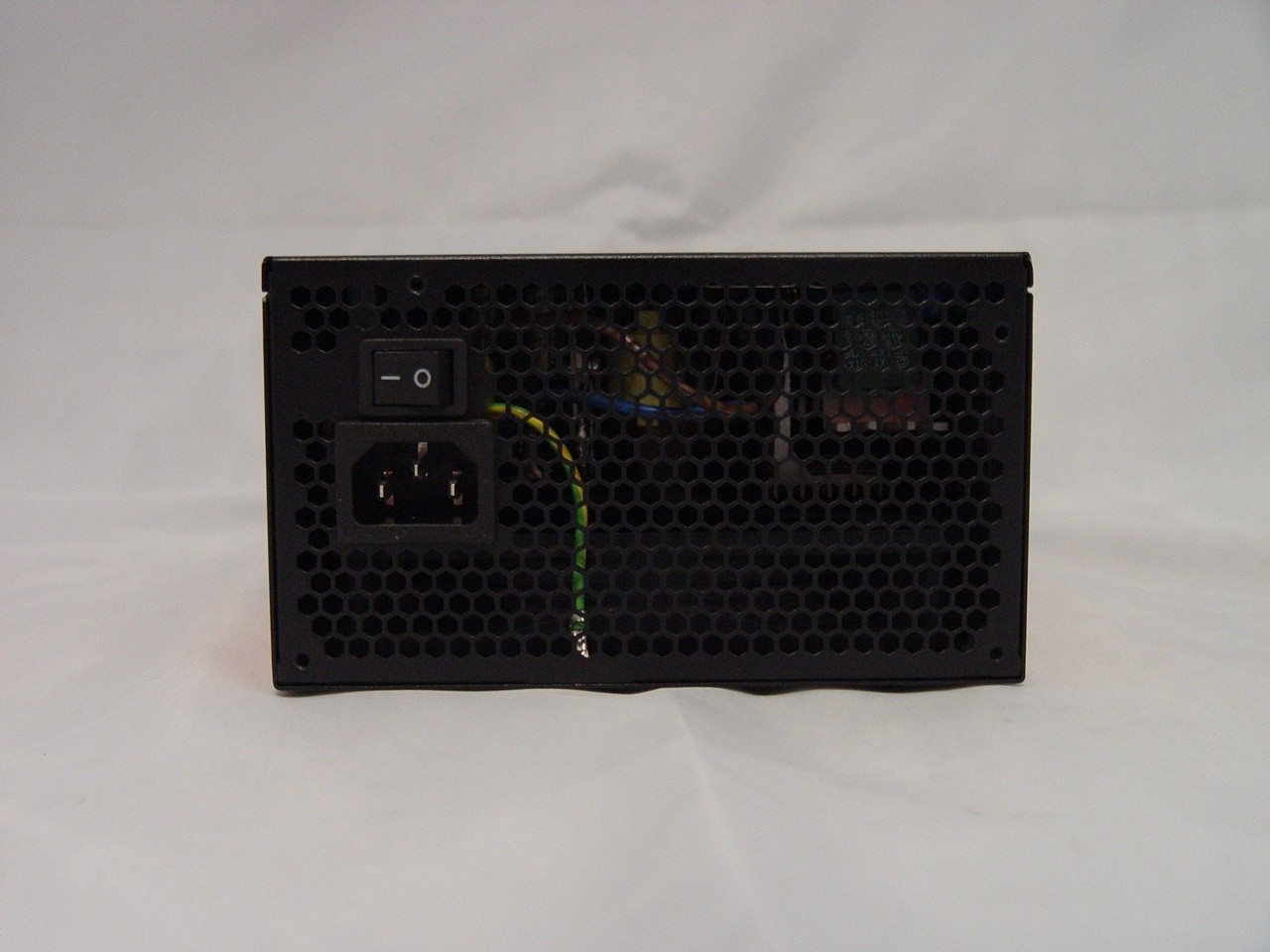 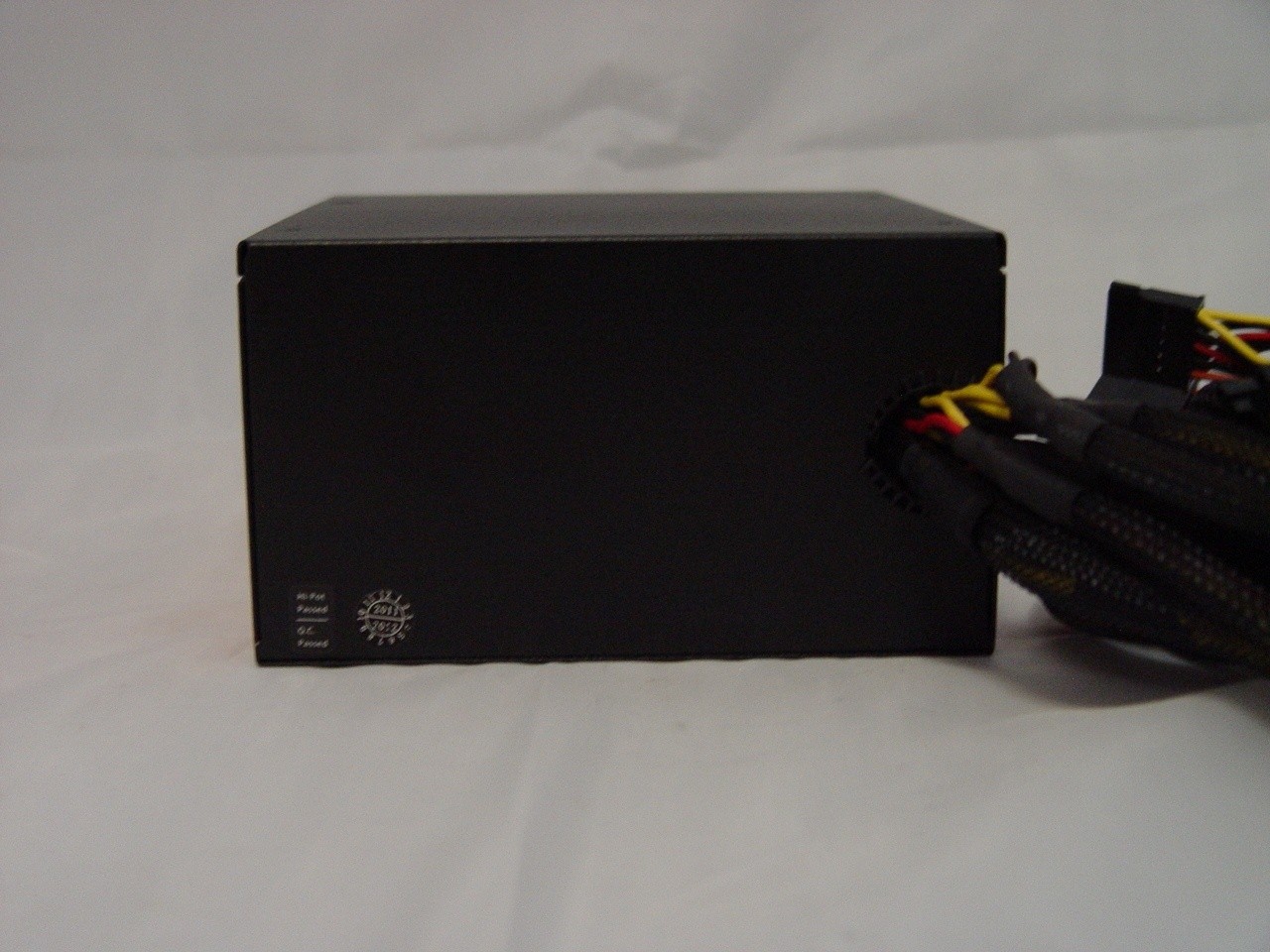 Spinning it some more brings us to the front and reveals that things are rather brand. Not that some of sleeving extends all the way inside the power supply and some stops just short. We aren't sure why this is the case as it would just take a little more care to make sure it extended all the way inside the unit. 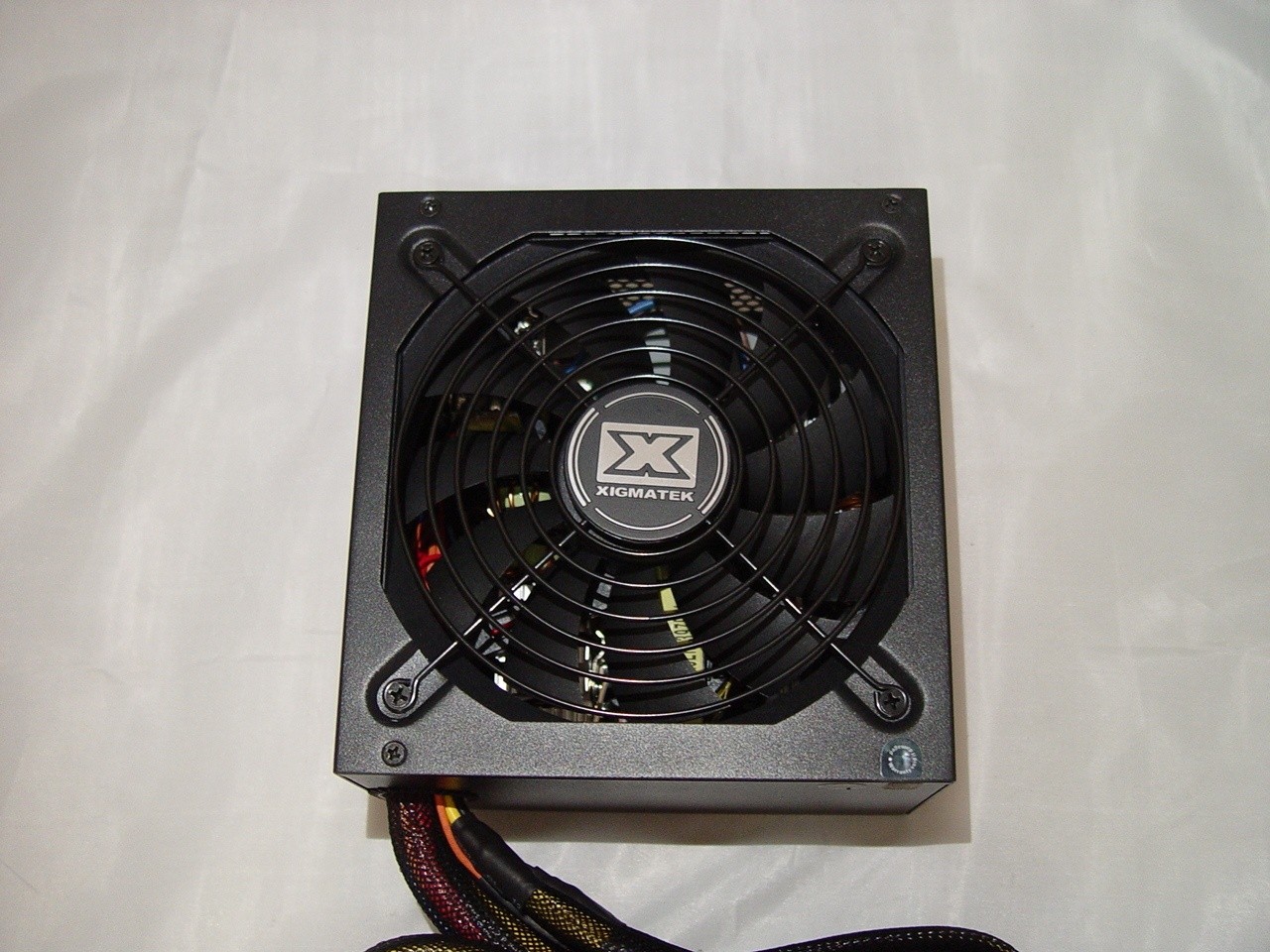 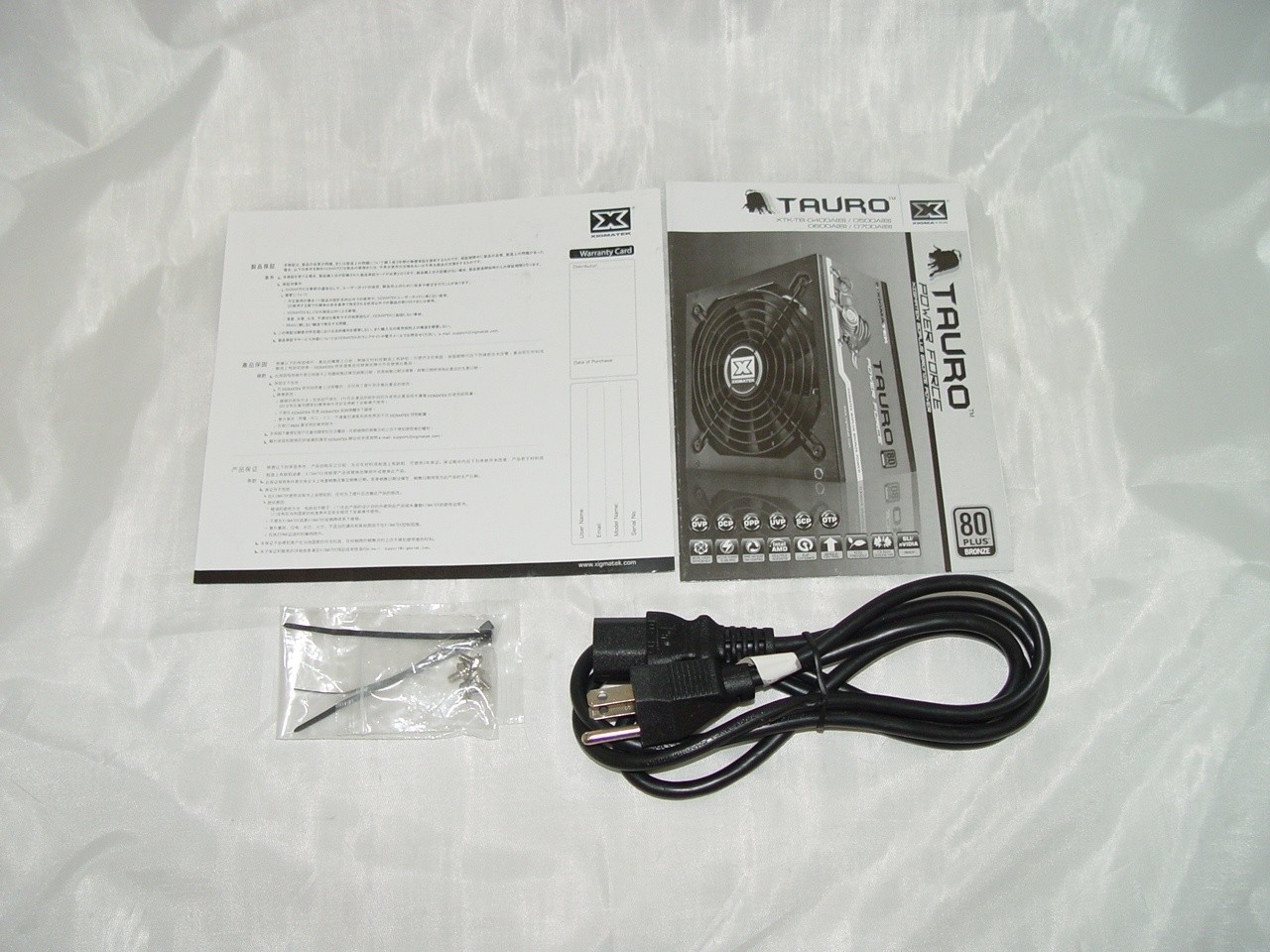 Cable selection for the Tauro 700W power supply is rather simplistic. There are the obligatory 20+4 Main and ATX 4+4 connectors. After that there are two cables with two PCI-E connectors each to power a duo of graphics cards. 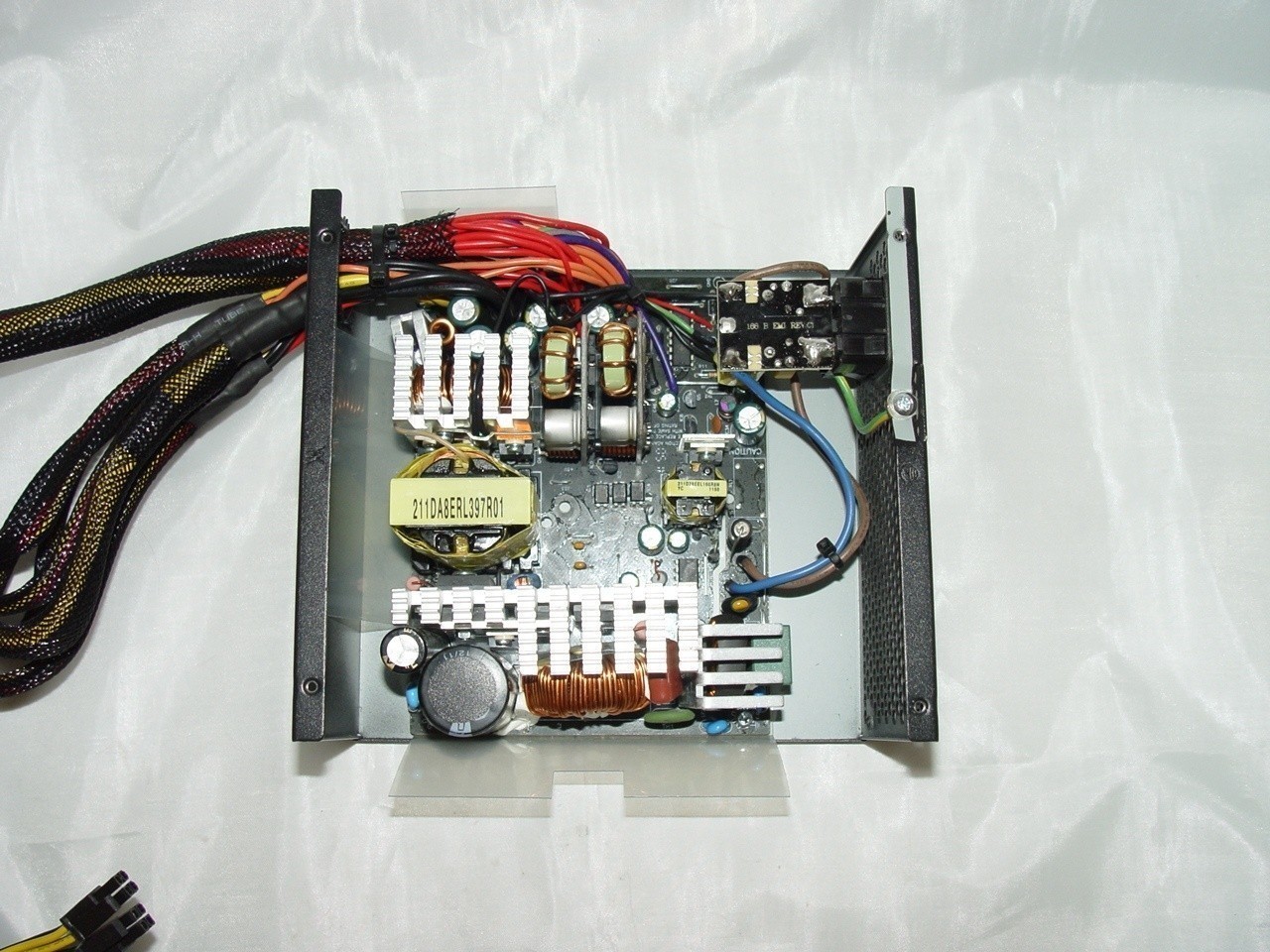 Opening things up, we find a very short PCB. If not for the noise generated by smaller fans, it is very apparent that Xigmatek could have gone with a much smaller enclosure and made this much more compact. 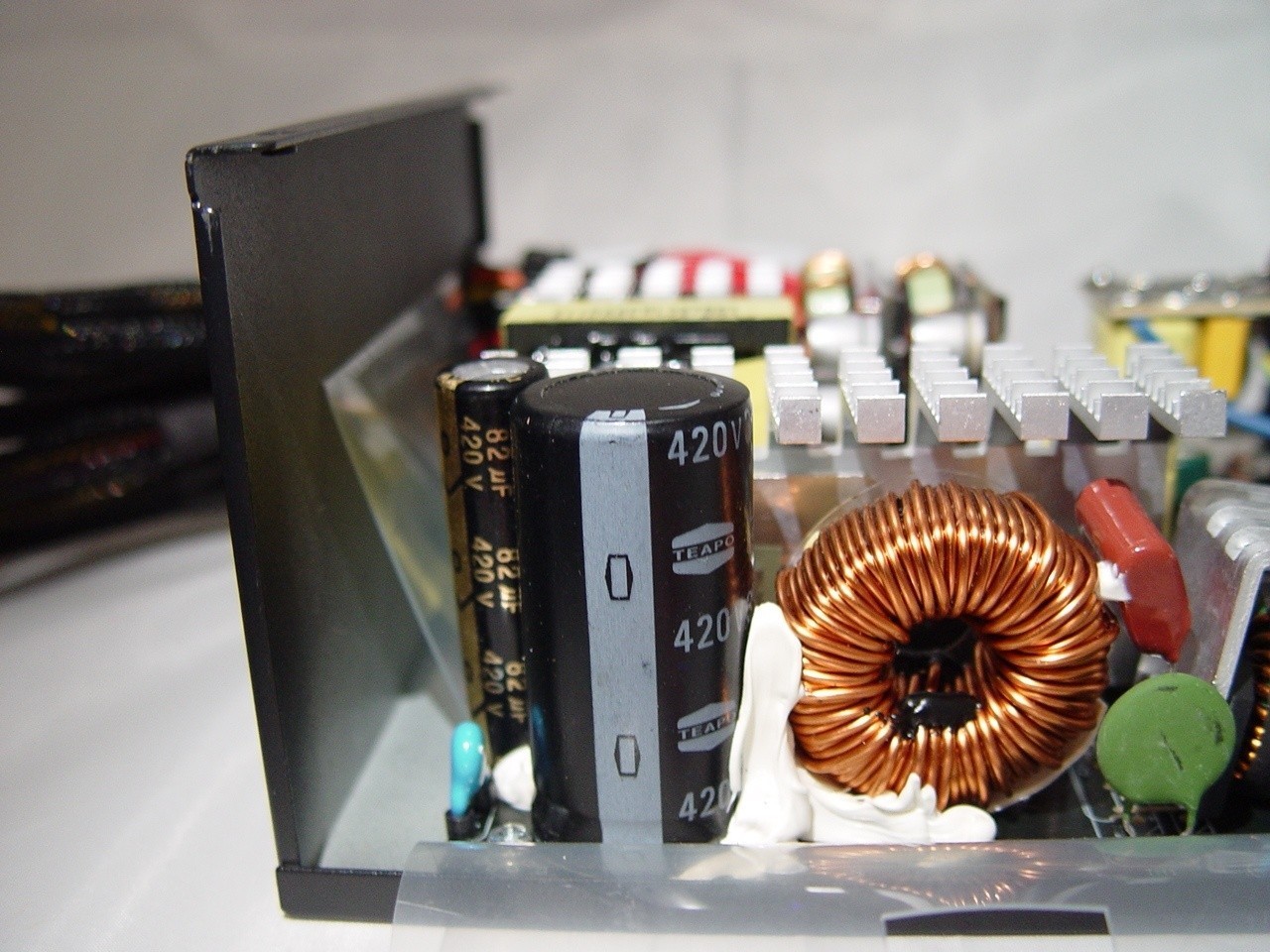 A single Taiwanese Teapo capacitor paired with another capacitor from an unknown manufacturer sits on the primary side of the power supply. The only brand identifying marks on the unit are the letters "HM" and was not something we could find a match to. It certainly doesn't give a warm, fuzzy feeling on the inside. 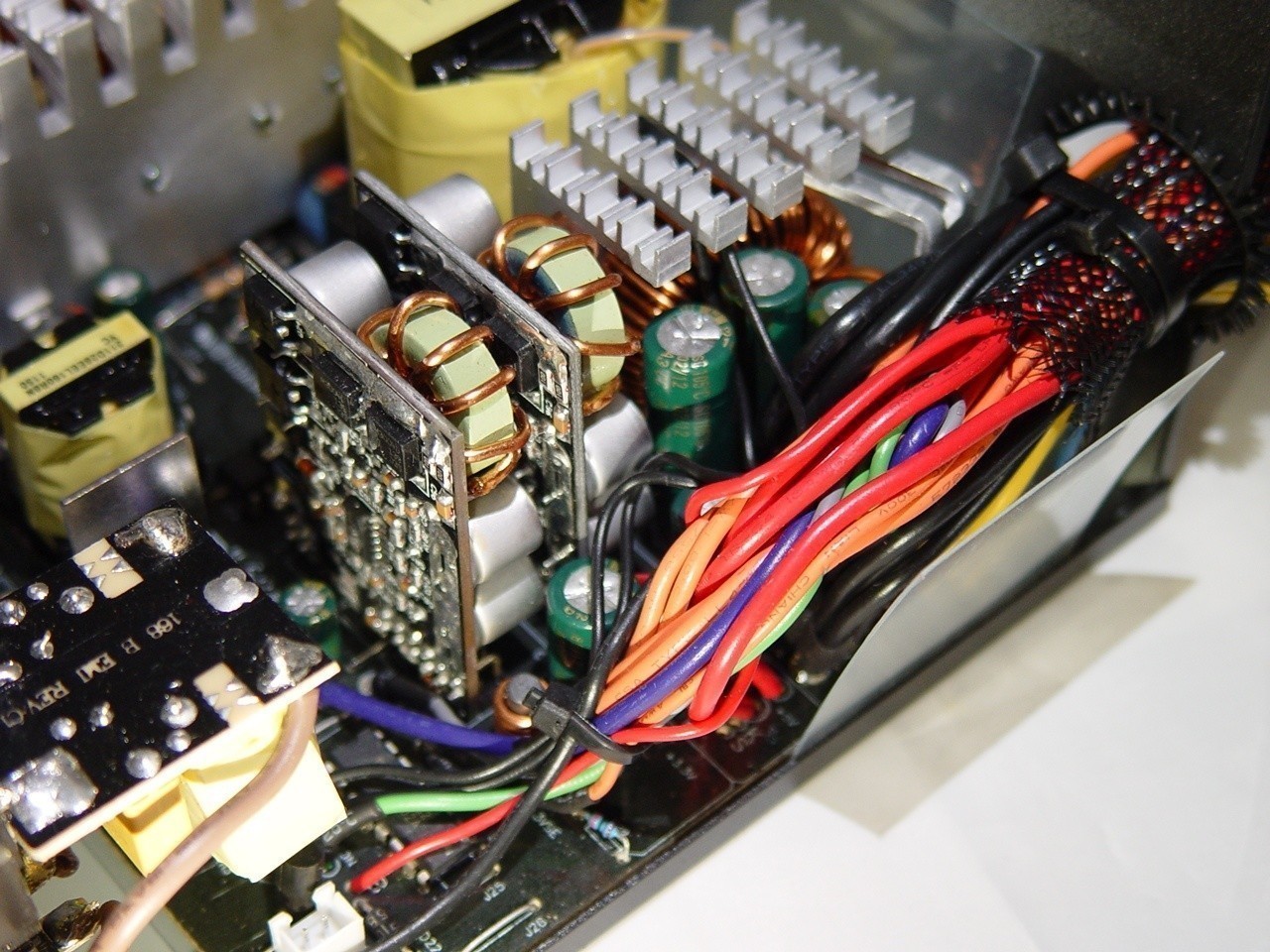 More Teapo capacitors can be found on the secondary side of the PSU. 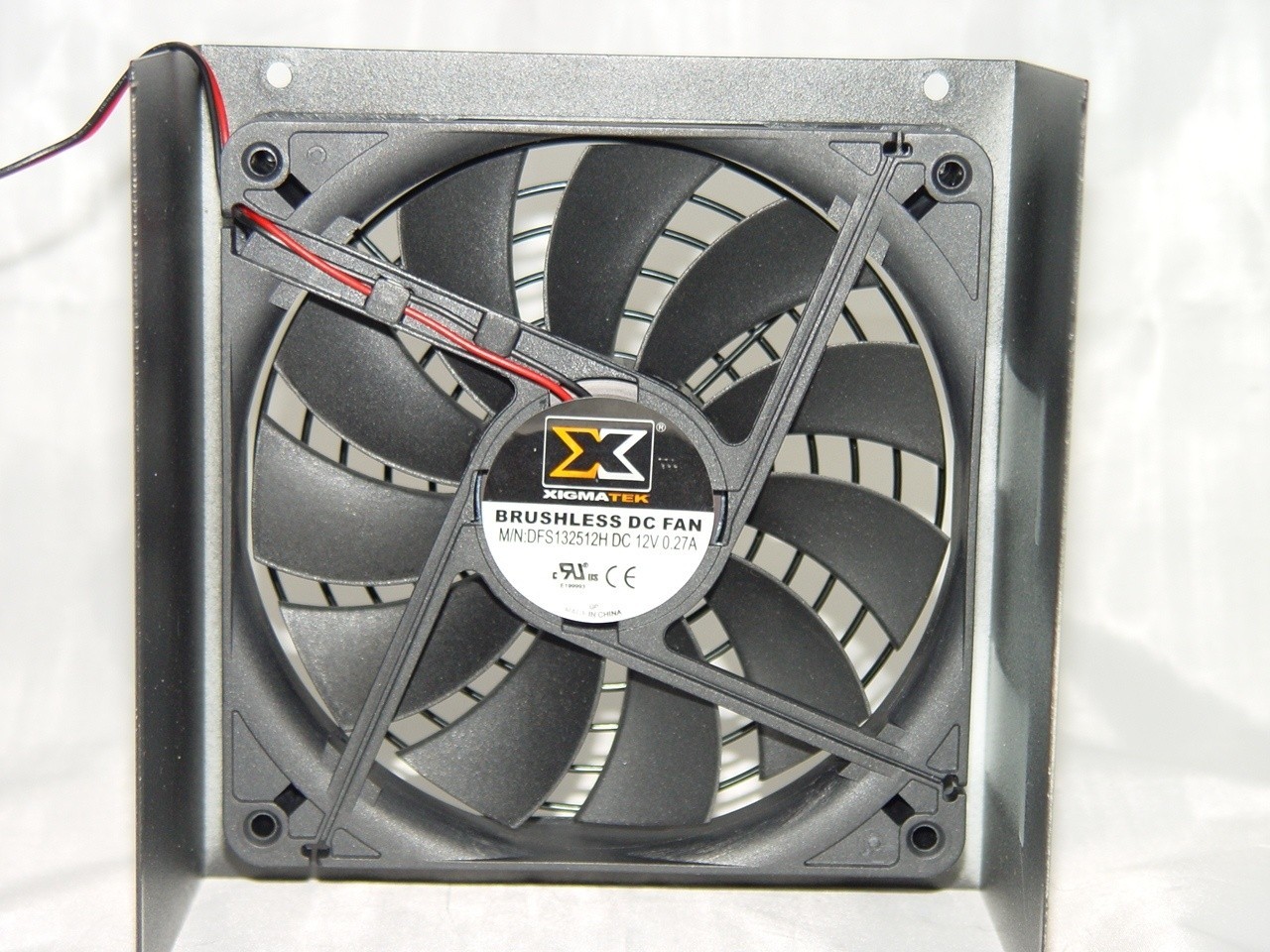 Xigmatek uses their own BFS132512H 135mm fan to cool the Tauro 700W power supply. The unit looks suspiciously similar to the RL4Z B1352512HH fan that we found used in the Centauro 1000W power supply and when you consider that the model numbers are also very similar, we suspect it is just a rebranded Globe Fan unit.

The tests performed are based around six conceivable setups that are out there and progressively load down the PSU up to the power supply's limits or 1000W, whichever comes first. Since our test equipment's limits are higher than that of the Xigmatek Tauro 700W PSU, we can test it to the maximum.

DC output quality was good from start to finish. Starting out, we were able to see a ripple on the scope during Test 1 where we measured noise at a low 24mV peak to peak. This steadily increased as the loads also increased. By the time we had reached around 50% load, the unit ripple had crept up to 34mV. Under Test 6, we saw that the noise on the 12V rail had crept up to 53mV.

The Xigmatek Tauro 700W PSU is rated for 80Plus Bronze efficiency. This means that the power supply must perform at 82%/85%/82% efficiency at 20%/50%/100% loads respectively. As you can see, the Tauro 700W power supply had no trouble achieving this while on our test bench.

Last month's review of the Xigmatek Centauro 1000W left us with a feeling of redemption after their NRP-MC1002 1000W unit fell out of spec last year. We were happy to see Xigmatek back in the market with a quality unit at a good price. When the Tauro 700W arrived, we expected similar results and that is just what we are left with after testing the unit.

Voltage regulation is once again very good, with all rails staying within 3% of specification. DC output quality is still within a very acceptable level and good considering the capacitors in use. If Xigmatek would upgrade from no-name and Taiwanese capacitors, they would likely see an improvement here. Finally, efficiency proves to be right where it should be considering the 80Plus Bronze efficiency rating that the unit carries.

The Tauro 700W is a great fit for those trying to squeeze every penny out of the rig assuming that it is priced properly. Success of this unit is going to be squarely pinned on the price of the unit. It is most certainly a budget unit both in design and performance and will also be great for those who simply require everyday computing with a little bit of gaming on the side. 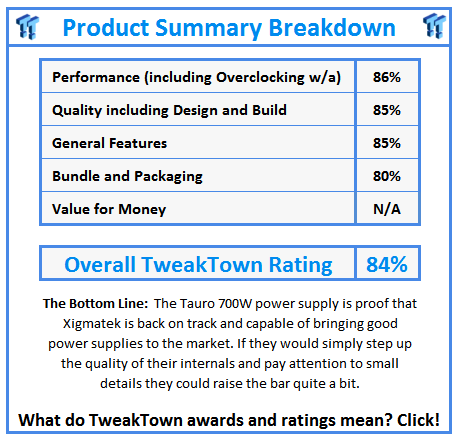