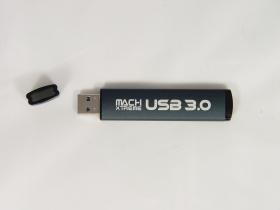 It's been awhile since we looked at a thumb drive, but it's time to get back into the thick of things. Over the coming days we'll see three of the latest and greatest USB 3.0 thumb drives that are capable of holding large amounts of data and transferring that data at high speeds. The last drive we looked at was the Mach Xtreme MX-FX; today we are looking at Mach Xtreme's newest offering, the MX-GX. 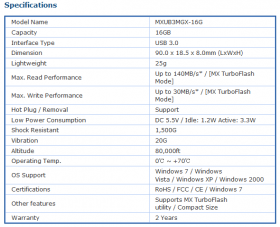 The Mach Xtreme GX is available in four capacity sizes; 8GB, 16GB, 32GB and 64GB. Each capacity size has a different read / write speed rating even though they all use a quad channel controller. Today we are looking at the 16GB model that is capable of 140MB/s read and 30MB/s write speeds.

After a few minutes of searching, I was able to find the Mach Xtreme MX-GX 16GB online for 49.99 USD at Amazon.com. This price falls in line with other 16GB USB 3.0 drives with similar read / write speeds. Google only reported one hit, though, on our product search, so there aren't too many of them floating around on this side of the pond. 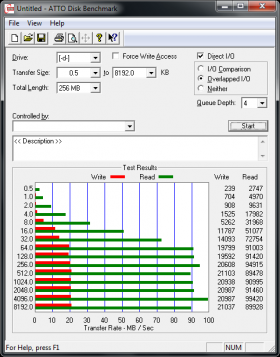 Our initial testing with ATTO gave us a read speed of nearly 100MB/s and a write speed of around 20MB/s. These results were recorded without using Mach Xtreme's add-on software layer that is designed to improve transfer speeds. With the software installed we saw a performance gain, but I'm still not sold on end users installing a software package on each of their systems just for flash drives. Motherboard manufacturers are adding a 'Turbo USB 3" feature in the BIOS that gets around the software layer, but so far we've only achieved limited success.

As you'll see at the top of the next column, in CrystalDiskMark we found that the Mach Xtreme MX-GX performed very well when reading data, but the write performance was around the same speed as a good USB 2.0 flash drive. Depending on how you use the MX-GX, this could be an issue. 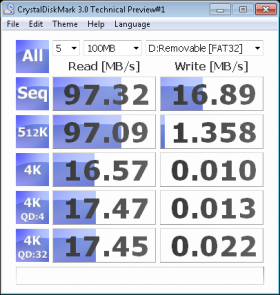 If you plan to put a large amount of data on the drive and then use the Mach Xtreme MX-GX to read that data on different computers, then you will be fine; it'll just take longer to put that data on the first time. If you plan on using the MX-GX as temporary storage that is constantly revolving data, then you will have to wait on the write process more often. At just 30MB/s write speed you will be waiting around quite a bit for large files.

If that isn't bad enough, the 4K write speed is only .01MB/s; you will be waiting around for small file transfers as well. Let's take a look at how the synthetic numbers relate to real world performance. 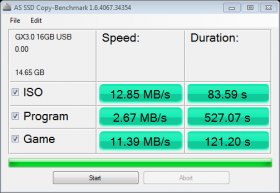 AS SSD Copy Benchmark was used to determine the real world file transfer speed of the thumb drives. Three tests are ran; ISO, Program and Game. The ISO file is a large file, Program is a series of small files and Game is a mix of several large and small files.

The MX-GX wasn't without issue either. The software package caused all sorts of trouble when we plugged the drive into a USB 2.0 port and the drive went half crazy when tested with AIDA64 (the latency tests). I wouldn't suggest anyone test this flash drive with AIDA64. You can add AS SSD's standard test as well. Since the 4K write speed is so slow, the test takes forever. We stopped the 4K write test after 18 hours. 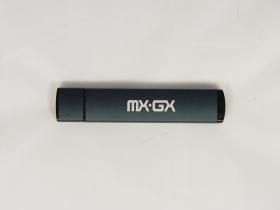 No one likes to be a spoil sport, but the Mach Xtreme MX-GX just didn't do it for me. The testing issues turned me off from the drive right at the start, but the real world performance when trying to transfer files was the final straw. The last chance was transferring data off a Lenovo W701ds (with USB 3.0) and the data writes just took forever. I eventually just pulled the HDD and transferred the data over SATA. 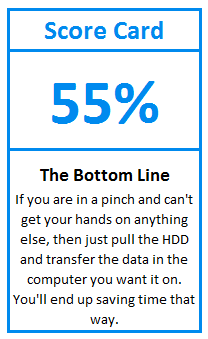