The U series of Dell monitors have become quite a hit. And honestly, it's for good reason. While the IPS panel does indeed have drawbacks, it's also a clear winner in some areas. One of the most recent models to carry with it an IPS panel is the new U2311H.

Looking at the package, we don't see anything we haven't seen before. We've got the Dell logo on the front and the model of the monitor. Inside the box the monitor is well packaged and the main screen and stand are separated in two pieces. At 6.45Kgs, though, the monitor is easy to handle with one hand while attaching the stand with the other. 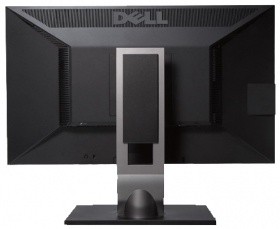 Inside the package we've of course got the monitor and stand; we've also got a DVI and VGA Cable, Drivers, Manual, Setup Guide, Safety information and a USB upstream cable.

Feature wise, the U2311H packs everything that you would want from a monitor this size. As the name suggests, it's a 23" LCD that uses an IPS panel which is known for its great colours. The native resolution is 1920 x 1080; we've got a dynamic contrast ratio of 10,000:1, 300 cd/m2 brightness and an 8ms gray to gray response time.

Getting stuck into the monitor, connectivity is fantastic and one of the reasons why I've become quite a fan of the U series from Dell. The U2311H offers us DVI, VGA and the new DisplayPort connectivity. We've also got four USB 2.0 ports along with another USB 2.0 upstream port and DC power connector if you want to buy the optional sound bar.

The menu setup is similar to the U2711 and Alienware OptX AW2310 we looked at a short while back. The difference with the buttons is that they're mechanical here instead of being touch sensitive. While not as flashy as the touch design, the actual push buttons are probably a little less fiddly to use. The setup ultimately helps keep the price down which is key in this size range. 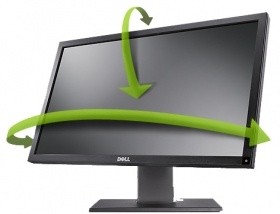 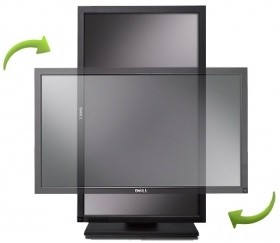 The monitor itself is a little plain. There's nothing that really stands out when it comes to the overall design. Saying that, the square design and the fact the bezels are all the same size means that if you wanted to run multiple ones, the setup sits nicely and looks quite clean.

When it comes to the quality of the screen, the U2311H really shines. It's a beautiful screen thanks to the IPS panel which we saw on the U2711. Colour range is good and like other monitors we've looked at the difference in blacks can be seen at 1.6% and whites at 1%.

Moving through our solid back ground colours, we saw no dead pixels which is always a pleasure. On the backlight bleed front, it was almost impossible to find any. The only time we saw a bit of bleed was on a solid black screen in the bottom left corner.


Dell say typical power consumption is 33w and when on we maxed out at 33.4w. When on standby we sat at .8w and Dell say it's less than 1w, so again we're pretty much spot on.

When it comes to just using the U2311H, image quality is beautiful and again, it's thanks to that IPS panel that we saw on the U2711. 1920 x 1080 is a common resolution for a screen this size and suits it well. It also means that when you're running Full HD content you get 1:1 pixel mapping which just helps the picture look as good as possible.

HD content does look great when playing and just generally working around Windows is a pleasure. Throwing on a nice bright background really helps the monitor pop.

Gaming is where we see a flaw in the U2311H. It comes down to not being able to have your cake and eat it. The trade off to the IPS panel is that higher response time and when you're looking for motion blur in fast movement scenarios you can see it unlike 120Hz TN panels. If you're one of those people who prefer the CRT over an LCD because of the refresh rate, it's going to bother you. Instead, you're better off with something like the Alienware OptX AW2310. But at the same time, it's going to cost more. 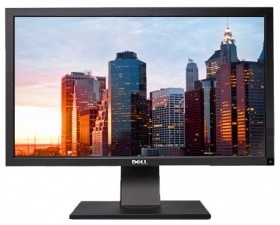 On the other hand, if you've been using LCDs for years and you're just looking for something that's going to be better than what you have, which honestly is the majority of the market, this is a sensational screen.

At 1920 x 1080 you've got a good resolution that offers excellent real estate for most. The smaller size means that the dot pitch is .265mm which makes everything sharper. Combined with the clarity the IPS panel offers, it's a beautiful screen when it comes to everything from Photoshop to Battlefield: Bad Company 2.

One of the stand-out additions to the U2311H is that DisplayPort connector. With this you're able to buy three and if you have a compatible ATI card, run Eyefinity. Considering what I paid for my 30" Dell at launch, you could get into three U2311Hs for almost 1/3 of that price. It's great to see that Dell has hit the ground running with DisplayPort. As an Eyefinity user myself and the proud owner of three U2410s, it really is a fantastic technology.

The two main issues with the U2311H would be the fact the bundle doesn't come with a DisplayPort cable and for some the design may feel a little plain. The good news is a DP cable won't set you back much if it's something you want to make use of and the design is perfect for an Eyefinity setup as the monitors can sit very clean with each other. Throw in the fact that colours are beautiful and pricing is aggressive and the U2311H while carrying a budget price is hardly a budget monitor. If you want to get some more resolution than what you currently have or simply want to get in on the Eyefinity action on the cheap without the need to buy extra adapters, the U2311H is a fantastic choice.