All NewsBusiness, Financial & LegalCases, Cooling & PSUContests & GiveawaysCPU, APU & ChipsetsDealsDisplays & ProjectorsGamingMotherboardsScience, Space & RoboticsStorageVideo CardsVirtual & Augmented Reality
All ReviewsAll ArticlesAudio, Sound & SpeakersCases, Cooling & PSUCPUs, Chipsets & SoCsComputer SystemsDisplays & ProjectorsGamingMotherboardsNetworkingPeripheralsStorageVideo Cards
GuidesGamingAsk the ExpertsNewsletterAboutForums
RTX 3090RTX 3080RTX 3070RTX 3060HDMI 2.1Bitcoin MiningBattlefield 6Fallout 76 2021
TV, Movies & Home Theatre
Blu-ray Movies
With the continuing success of Star Trek: The Next Generation on TV screens, it was clear that after the swansong that wasStar Trek: The Undiscovered Country, the baton needed to be passed from the original Star Trek crew and onto the new kids on the block. However, the trick would be to sate fans of the original series, whilst also appealing to the younger audience that had reinvigorated the aging franchise. Ultimately, despite same gaping flaws, leaps in logic and a not entirely successful melding of elements, Generations did just enough to ensure more films would come.

An accident onboard the newly christened Enterprise D results in the disappearance of decorated Starfleet Captain James T. Kirk (William Shatner). Decades later, the crew of the Enterprise E (the Next Generation crew) investigate an attack on a nearby observatory, revealing a much deeper plot to destroy a planet, to secure a place in the path of a mysterious travelling beam of energy called the Nexus which also may hold the key to the whereabouts of James T. Kirk. 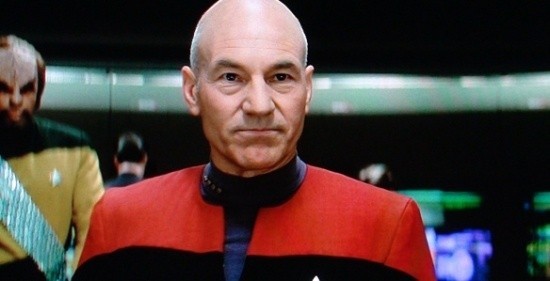 Star Trek Generations is presented in the aspect ratio of 2.40:1, encoded with AVC MPEG-4 compression.

The first DVD release of the film was a very basic non-anamorphic transfer, but a new transfer was struck for the special edition release in 2004 and this same transfer has been seemingly used here.

First up, the transfer is very clean, with not much to report in the way of dirty film artifacts, which plagued the transfer from the first DVD release. It's also incredibly sharp, but without the over-sharpened aliasing that was a result of the unfiltered transfer on the subsequent special edition DVD release. Colour balance is spot on. There are frequent problems with image focus, but I believe this to be more of a fault of the original film rather than this transfer.

The main audio track is encoded in Dolby TrueHD 5.1, at 24 bits.

Unlike the new 7.1 audio mixes that were struck for the first six original series feature films, the Next Generation films all re-purpose the same 5.1 audio mixes as previously released, albeit now presented in lossless audio. This is perfectly fine however, as these are very good, aggressive mixes.

There were no real problems with dialogue, other than some obvious ADR mixing later in the film which results in a very slight audio sync issue.

The score provided by Dennis McCarthy is fitting, but one of the lesser soundtracks composed for Trek movies. However, it's well mixed into the soundtrack, taking centre stage where appropriate.

The first of the two Audio commentaries are provided by Director David Carson, and Star Trek: Enterprise producer Manny Coto. New to this Blu-ray release, it's always interesting to hear commentaries provided by Directors whom don't continue a career in feature film directing, as is the case here. It was particularly interesting to hear the changes made to the film after the disastrous test screenings. However, in the end they are both just a little bit too self congratulatory in regards to the finished product. The second commentary is retained from the previous DVD release, featuring Brannon Braga and Ronald D. Moore. They both tackle the film from a writing point of view, in which the film is a bit of a mess. This track is far more honest in the final product.

The Library Computer feature returns again, and presented in the same method as for the previous Blu-rays. It's a cool BD-Java infused extra which overlays text information whilst watching the film. However, what makes it different to previous in-film text features is that users can select the information they want to view by pressing the enter button when the subject prompt jumps on the screen.

New to the Blu-ray release are the following Featurettes: Scoring Trek, an in depth discussion with composer Dennis McCarthy and the difference between scoring for Television and Film, Next Generation Designer Flashback: Andrew Probert, a brief talk with the lead production designer for Trek over the last few decades, Stellar Cartography on Earth discusses the high tech virtual reality space in addition to the real life applications and grounding for this, Brent Spiner: Data and Beyond - Part 1 is the first of a four part series of a sit down with the actor. In this installment he talks about his creation of the character and his casting, and how the character evolved for the first of the Next Generation motion pictures, Trek Roundtable: Generations, brings together four Trekkers from various walks of life and their critical breakdown of the film, and finally, the obligatory Starfleet Academy SciSec Brief is oh so joyously back; this one talks about 'Trilithium', sigh.

Refugees from the previous DVD collection are the following featurettes: Uniting Two Legends, which is an original advertorial EPK and hence, fairly superflous, Stellar Cartography: Creating the Illusion, looks at the creation of the set and CG background, Strange New World: The Valley of Fire, takes a look at the amazing locale and the logistical issues of shooting there. The next two featurettes are two of the best; Inside ILM: Models & Miniatures, and Crashing the Enterprise, takes a look at the visual effects aspects of the film. Of particular interest is the way the scenes of the saucer crash were obtained. The two Scene Deconstructions, are fairly boring and in poor condition, A Tribute to Matt Jefferies is a moving featurette with the famed designer. Whilst Jeffries held disdain for film franchise (he fell asleep during The Motion Picture and refused to watch further entries) the inclusion is welcome, The Enterprise Lineage, looks at the history of 'Enterprise' as the name for a vessel, Captain Picard's Family Album is a quick show off of the prized prop, and finally Creating 24th Century Weapons, looks at the weapons created for the franchise, as created by an American knife-smith (is that even a word?)

Generations had a particularly wrought production and subsequently many scenes were excised and re-shot. The Deleted Scenes section houses 33 minutes of scenes. Of particular interest is the alternate ending which many fans would have heard of, and yes, it's as disappointing as one could imagine.

Lastly, we have two original Theatrical Trailers, presented in HD. These were missing from the previous DVD releases, so their inclusion here is very much appreciated. 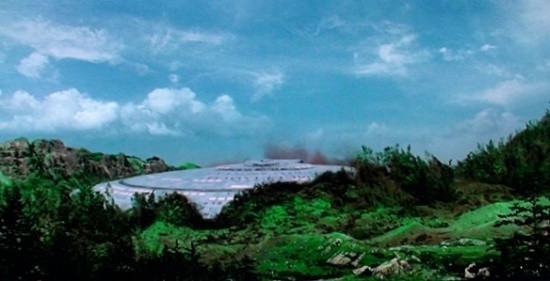