I don't often get to review items that have creative purposes, but I relish the opportunity when it comes along. 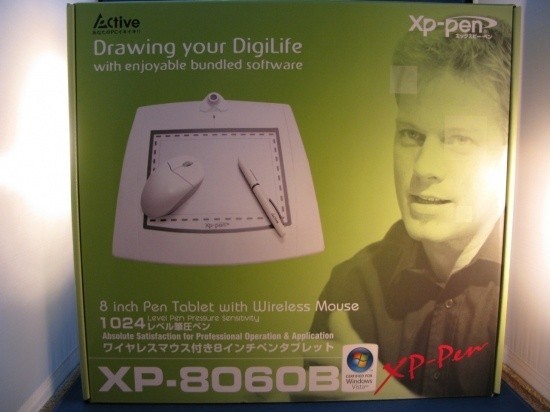 For graphic artists and digital media peeps, the tablet is often a more commonplace item than a mouse on the desktop.

While professional tablets and pens can often set you back a few hundred spondoolicks, this enters the arena with a budget price tag so that budding artists and students can get in some practice with their digital drawing.

First up, some specs:

From the specs page we can see that this pad has more than enough resolution for getting stuck in and a few handy graphics packages to help you along, too.

Getting stuck into it, we rip the package open and find enclosed:

What more could you ask for?! 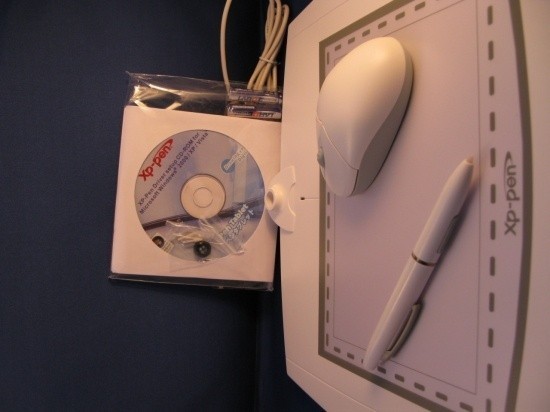 Down to business; once you jack the unit into the computer it was instantly recognised under Windows 7.

Hover the pen near the pad and you can make the cursor fly around the screen. As soon as you press the tip into the pad, it acts like a left-click.

The mouse is an odd affair, not sporting an optical pickup or a roller ball. It acts much the same as the pen, which means your mouse mat is the touchpad itself.

There are two reasons why this feels a bit wrong to the average optical mouse user.

1. The 'mouse mat' represents your screen area, so there is no picking up of the mouse to get it to move further.

2. When you move your mouse on the tablet, you have to orient yourself to the tablet, where as with a normal mouse, you move it away from you and the cursor goes up on the screen.

Once you bypass these idiosyncrasies, it becomes a dynamic tool-de-force.......until you get to the scroll wheel.

'Wheel' really isn't the right word for this. It's more like a rocker switch; you can push it down for a middle mouse click, or you can rock it up and down to scroll.

Now, that wouldn't be so bad, if it wasn't made out of the same hard plastic as the rest of the mouse. If you have greasy fingers, it becomes very hard to 'scroll' and I feel this could have been bypassed easily if they had just used rubber or silicone to make it feel more like regular mice wheels.

But I digress; the point of a tablet is to use a pen, not a mouse.

Picking up the pen now, it takes a little practice using it to navigate menus and applications, but once you have it, it is a breeze.

I whipped open Paint first to get a feel for doodling with it and I found it easy enough to use. After a couple of minutes I had painted a lovely stick man and his collection of eclectic and equally slim barnyard animals (No, I won't post the picture because I have artistic integrity and this piece isn't ready for the public just yet).

Touch me here, Touch me there

Touch me here, touch me there

Getting into more nitty gritty things now and doing some touch ups in Photoshop, I found it again pretty intuitive to use.

Going through a few old photos, I touched up blemishes and bad camera work like I was using some kind of magic marker to correct everything.

Here is an example of my crappy drawing skills; a poor imitation of the TT logo and showing off the 1024 pressure levels available to the tip of the pen. 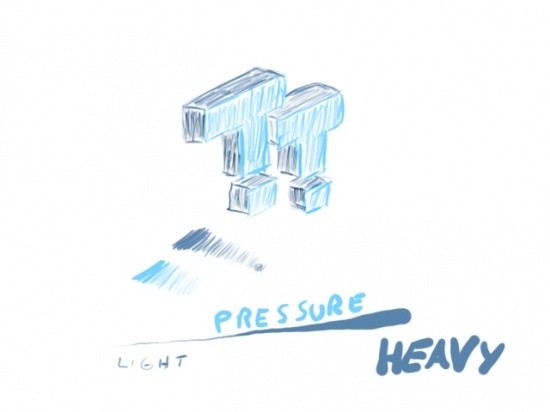 I think it's safe to say I am by no means a graphics student, but I did find using a pen to edit things and create drawings very intuitive. It must be all that schooling and learning to read and write on paper!

Last test today; we take a hand drawn cartoon and place it underneath the transparent cover, then trace it using the pen.

While this did not come out entirely as expected, I have to confess that it's a pretty good likeness. But obviously there is greater favour to those who can draw lines without having to sketch all over the place.

Overall, I say if you are looking for a medium sized tablet that won't break the bank and just works simply with Windows, you should definitely look at picking up an XP-Pen Tablet.

It's fun and funky to use and particularly useful if you are a budding digital artist.